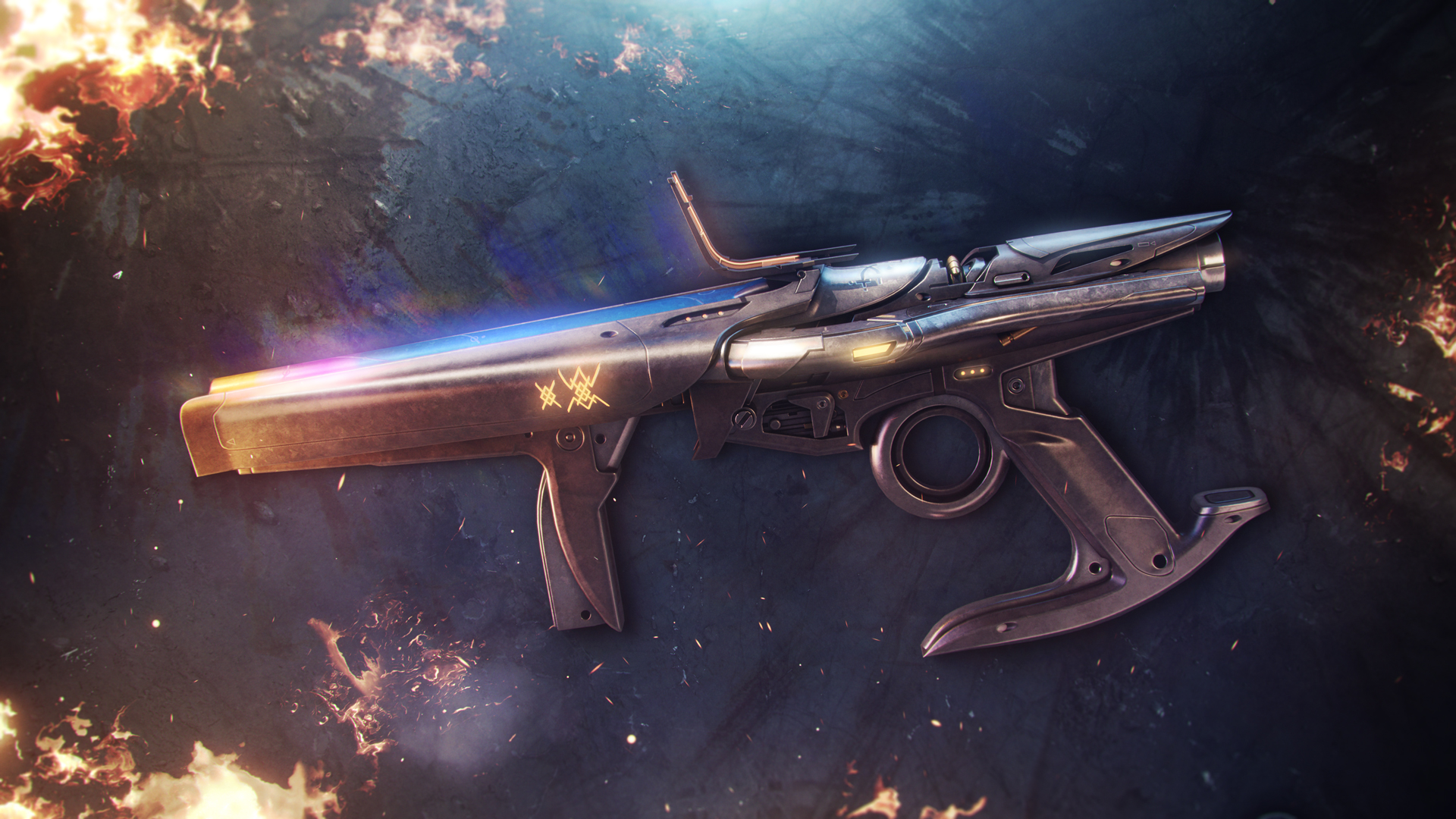 The Vox Obscura Exotic quest is the latest narrative beat to explore Empress Caiatl and her Cabal in Destiny 2’s Season of the Risen. It also comes with a new Exotic grenade launcher, Dead Messenger, as a reward upon completion. While players receive the quest early in Season of the Risen—after Operation Elbrius at the H.E.L.M’s War Table—the recommended level to tackle it is at the soft Power cap of 1550. It may take some time for players to reach that milestone, but guardians 10 levels below can still beat Vox Obscura, especially if they bring along a squadmate or two to assist. Though the Psion defectors in Vox Obscura can be defeated solo, a full fireteam will have a much easier time on this quest.

From breaking down broadcast transmitters with a Drake to hunting Psions in the dark underbelly of a rebel Cabal base, here’s how to complete Vox Obscura and acquire the Dead Messenger Exotic grenade launcher.

Much of your weaponry and subclass choice in Vox Obscura will come down to personal preference, but the use of ranged weapons such as linear fusion rifles and sniper rifles will make the mission a lot easier. You will encounter enemies such as Goliath Tanks and large Psions highly susceptible to critical hit damage best dished out by weapons like Threaded Needle, Eriana’s Vow, and Arbalest. Gjallarhorn and other rocket launchers are also very effective throughout each encounter.

The only required portion of your arsenal is a weapon capable of stunning Unstoppable Champions. In Season of the Risen, Hand Cannons, Pulse Rifles, and Glaives all have seasonal mods capable of doing this, though your choices will vary depending on the seasonal meta.

Though Devil’s Ruin, Bastion, and Leviathan’s Breath have the intrinsic ability to stun Unstoppable Champions, these weapons either lack good long-range capabilities or just aren’t worth the Exotic slot.

If you are below the recommended light level of 1550, bringing along at least one Well of Radiance Warlock or Ward of Dawn Titan will make several of the tougher fights feel more manageable.

Breaking in to the Psion base on Mars

The beginning of Vox Obscura will see you deployed to the recently returned Mars, and only a small patrol of Cabal stands between you and your first objective marker. Head down the hill and hack into the door to gain access to the back wing of the base’s hangar. Resistance within these halls will be limited to a handful of Psions and Scorpius turrets, which shouldn’t present too much of a challenge on your way to the parking bay of three Interceptors. Grab one of the available Interceptors and use its cannons to destroy the marked wall, creating a makeshift exit into The Barrens.

Once you have entered an Interceptor, a 4:30 countdown to an orbital barrage will begin. If this timer hits zero, your fireteam will wipe and you will have to restart from the beginning of the mission.

Your first objective will be to clear a landing pad for Caiatl to deliver you reinforcements, which involves taking out a Goliath tank nearby. While the Interceptor is required to access The Barrens, it’s recommended that you tackle this objective on foot since the Interceptor is easily destroyed by the tank, Scorpius turrets, and enemy-controlled Interceptor outside. Using ranged weapons to clear out the enemies and destroy the Goliath Tank’s thrusters is safer and often faster. Players must also take out an Unstoppable Champion that spawns in a small building beside the Goliath Tank to proceed. Once the area is clear, Amanda Holliday will fly in to give you a Drake tank for the next stage of the encounter.

Your next waypoint will require a decent amount of travel time, taking you from The Barrens to destroy broadcast transmitters in another area called Scablands. A troop of Cabal will be deployed via Thresher once you receive the Drake, but killing them is not necessary. Players can drive past them to save time, with the tall sandbanks around the path to the Scablands providing cover that helps to conserve the Drake’s health.

The Scablands is a large arena with two Goliath Tanks, three shielded broadcast transmitter towers, and a large defense including Scorpius turrets, Psions, and War Beasts. Taking out the two Goliath tanks is your priority. The Drake tank is optimal for this task, but constant movement is required to avoid being hit by guided artillery strikes in the area.

Optionally, during this encounter, Psion Spotters can be killed to stop those artillery strikes, but only go for them if it won’t cut too much into your remaining time. Once both Goliath tanks are dead, a platform at the back of the arena will allow you to transmat in fresh Drake tanks if yours is low on health.

Your focus will then turn to the three shielded towers. To destroy the initial shield surrounding them, you will need to blow up multiple generators under all three of the towers. Once the generators are destroyed, aim for a small weak point in each tower marked by a secondary shield that glows a bright blue. This shield can only be destroyed by the Drake tank’s primary fire, and once it is down, you can fire a second shot into the weak point it protected to destroy the tower. Shutting down all three broadcast transmitter towers will complete the encounter and end the timer, regardless of how many enemies remain in the area.

With the broadcast shut down, turn your sights to the Psion rebel perpetrating the propaganda, located within the base itself. Destroy the waypoint-marked wall with either an Interceptor or Drake cannon to make an entrance inside, where you will find a rally banner and your first checkpoint of Vox Obscura.

A second countdown begins the moment that you approach the rally flag, marking a 10-minute race to the control room deep within the fortified base. The first room of enemies has two main targets to worry about: an Unstoppable Champion and a powerful Incendior called Ba’Aruk. Once these two enemies and the minor Cabal beside them are down, you can proceed deeper into the base where you will find open exhaust ports that offer access to the lower floors. Here you will also be introduced to the central hazard of this encounter, floor vents that occasionally blast blue flames upward that do heavy damage to anyone caught.

On the lower floor, you must kill three Psion Codewardens to access the control room. These Codewardens are shielded by nearby Psion Commanders, who you will find suspended in psionic shields of their own. The psionic shields only protect them from outside gunfire, however, meaning you can use a melee attack to break the Codewardens’ shields. Once each Codewarden has been dispatched, nearby Cabal terminals in their respective rooms will become available to hack. Hack all three terminals and the door to the control room will open.

The control room door is protected by a line of Scorpius turrets, so be careful when stepping out to not have your journey to the final boss be short-lived.

The final boss of Vox Obscura is a large Psion called Qabix, who uses a number of unique attacks during the fight. One of these borrows a mechanic from the Deep Stone Crypt raid, suspending a player in a bubble of void energy. To break free, shoot the bright glowing spots on the bubble exterior with any weapon that won’t blow you up in the process. Qabix will also be reinforced by squads of Psions and Scorpius turrets throughout the fight, and removing them from the equation is essential to making the encounter less overwhelming and providing more windows to damage the boss.

Qabix has two immunity phases throughout the fight, each broken by the same method as the Psion Codewardens’ shields. Three suspended Psion Commanders will be located around the control room, and once each has been killed, Qabix can be damaged once more. Repeat this process twice and keep Qabix’s waves of reinforcements under control to make the fight against the Psion rebel a quick one—after all, the clock is still ticking. When Qabix falls, the 10-minute timer will end and you can proceed to the top of the control room to intercept the broadcast for Caiatl.

Tucked away in a side room to the right of the control panel, a chest room themed around the opulence of Emperor Calus awaits. Opening the chest inside will grant you Dead Messenger, as well as having the chance to drop the Ivory Empress Exotic Sparrow and Season of the Risen weapons on reruns of Vox Obscura.

With the broadcasting equipment shut down and Dead Messenger acquired, you have completed the normal difficulty run of the Vox Obscura Exotic quest.