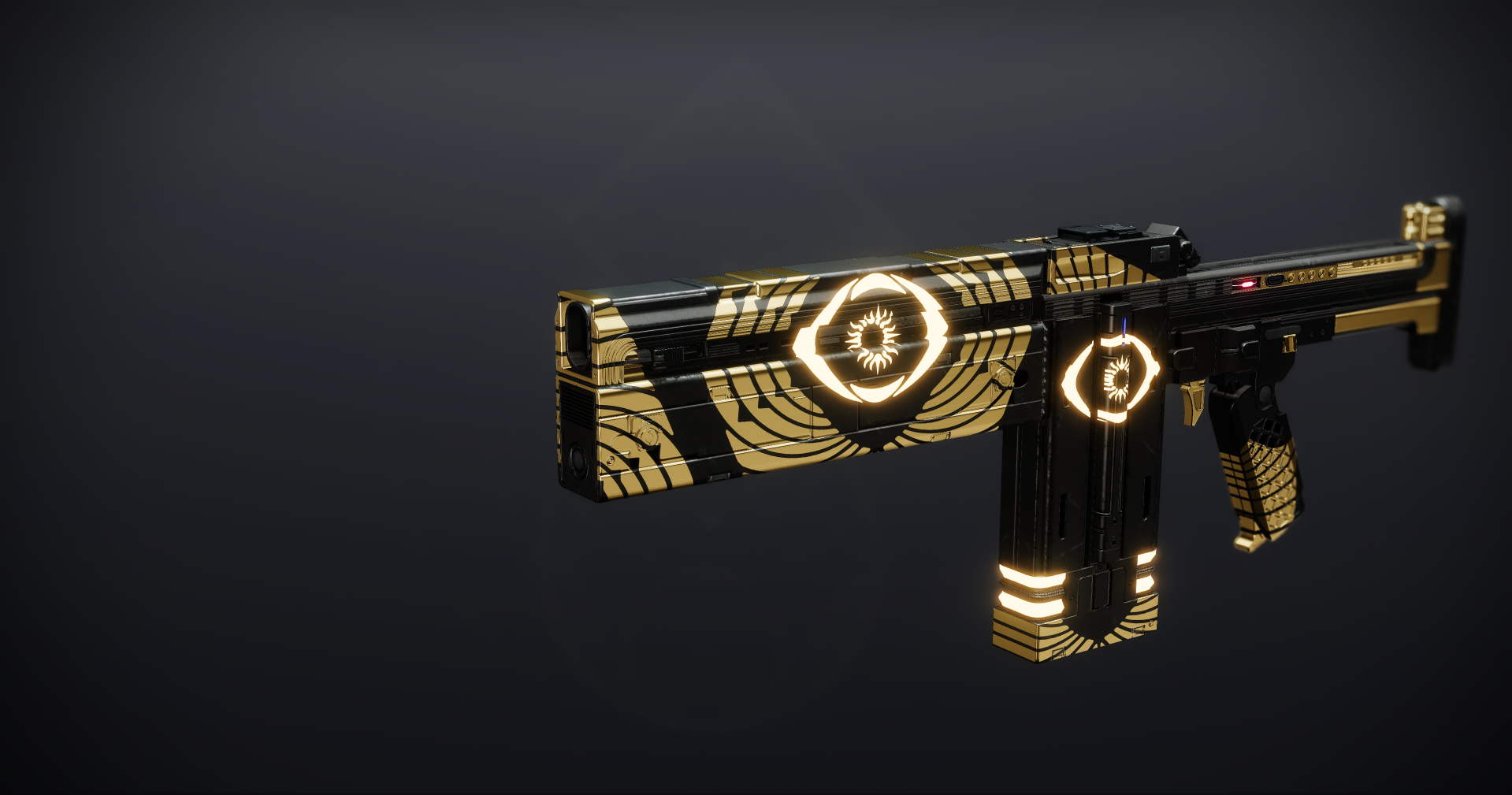 Fusion rifles are a potent tool in Destiny 2‘s PvP setting but can often hinge on the right set of perks in order to have the kind of impact that has made them notorious.

Burden of Guilt, a new Stasis fusion rifle from Trials of Osiris in Season of the Haunted, is one of the best of its kind thanks to a perk pool that contains almost no bad options. Paired with the fact it is only the second Legendary fusion rifle to be available in the Kinetic slot, it is a weapon worth chasing.

No matter how much time players sink into Trials of Osiris and how many rolls they farm, they can walk away with a promising Burden of Guilt featuring the likes of Harmony, Successful Warm-Up, and High-Impact Reserves without wading through a myriad of bad perks surrounding them. Additionally, the improvements to the Trials of Osiris rewards system via focusing engrams at Saint-14 means that players have an easy avenue to snag additional rolls.

Here’s our Burden of Guilt god rolls, if you’re looking to see what kind of perks you should be aiming for.

Burden of Guilt god rolls and best perks in Destiny 2

Burden of Guilt is a great example of a weapon that has a build for everyone, but ultimately offers the kind of winning perks that allow the cream of the crop to rise to the top. High-Impact Reserves have always been a reliable option for boosting a fusion rifle’s effective range in the Crucible, and with additional barrel or battery choices that compliment that focus on range, Burden of Guilt can be capable of consistently quick kills at a short to medium range.

A PvE god roll can be a bit harder to construct, owing to the fact that the majority of fusion rifles are outclassed by other weapon types in such a setting. But for the player that enjoys the feel of a fusion rifle against the enemies of the Traveler, perks like Harmony and Chill Clip allow you to get the best out of the weapon, especially when it’s paired with a Stasis subclass.

While Burden of Guilt’s total perk pool is more limited than the likes of playlist weapons, there still may be choices outside of the ones listed here that will suit other players’ playstyles better. Here’s a breakdown of all of Burden of Guilt’s perk options so you can be certain to pick out what works best for you.

Perpetual Motion has been gaining popularity with each passing season and has become something of a staple in PvP. Merely having to move for a short period of time to activate its stat-boosting effects gives it one of the lowest activation costs for one of the greatest benefits that are available to Guardians in Destiny 2 right now. With recent changes to stability meaning that it now influences flinch reduction, an easy-to-access boost to stability like this can make a big difference in moment-to-moment gameplay.

Elemental Capacitor tends to be forgotten about by the majority of players, but the boosts that it offers are quite significant. While it does require using certain subclasses to achieve specific boosts, such as needing to play on a Void subclass for a significant bump to stability, it’s something that’s fairly easy to build around. The increases that it offers are also far more impactful than any other option in the barrel, battery, or perk columns.

Killing Wind is a popular classic perk choice on many primary weapons, but can lean more toward a risky option when put on special weapons like Burden of Guilt. With limited ammo available in the Crucible, only confident players who believe they can secure an initial kill, have ammo left over, and actually be able to make use of Killing Wind’s range and movement speed boosts should look to feature this on their god roll.

Well-Rounded is a new perk with a lot of potential, but it requires a specific build setup to get the most out of it. The hefty boosts to range, stability, and handling for 10 seconds is a promising offer, but the requirement cost is rather high for the majority of players. Having to use a grenade or hit an enemy with a charged melee means sacrificing a cooldown that is often over one minute long for a very brief boost that can be closely matched by perks like Perpetual Motion.

High discipline or strength builds are necessary if you want Well-Rounded to prove beneficial in the long run, but players who can utilize it efficiently will be a force to be reckoned with.

Steady Hands and Stats For All

You can’t go wrong with either of these perks, considering any improvement to a weapon’s statistics will help you in the long run, but they tend to get overshadowed by a few other options in this column. Stats For All can be a great tool for players that tend to rarely use their abilities or have rapid cooldowns, however, as the perk’s benefits are entirely dependent on having fully charged abilities.

Steady Hands struggles to make a bid for itself in the face of Killing Wind, a perk with a similar activation cost but boosts to range that prove far more essential to a fusion rifle’s performance. It’s not a bad option for PvE, but there are probably better choices out there.

High-Impact Reserves have been a go-to choice for fusion rifles ever since the weapon class was first buffed in PvP. With every player only starting with two shots available in a fusion rifle in the Crucible, High-Impact Reserves is immediately active. A free passive damage boost to the limited ammo you have available is hard to pass up, and can often be the difference between succeeding or failing to get a kill at the upper limit of a fusion rifle’s range.

Successful Warm-Up is a newer contender for the top spot in a Crucible player’s fusion rifle loadout. Shorter charge times can be crucial to defeating a rapidly approaching shotgun wielder, but more often than not, a shorter charge time on a fusion rifle is limited by a trade-off in the damage department.

Unlike something such as Accelerated Coils though, Successful Warm-Up does not decrease impact damage after the faster charge time is activated upon a kill. It can be a game-changer if you find yourself outnumbered in many fights, and the shifting charge time doesn’t throw off your muscle memory.

Harmony is one of the strongest damage-boosting perks available on Burden of Guilt. The fact it activates after a kill with a different weapon also means that accessing the 20 percent damage increase to your fusion rifle doesn’t involve sacrificing some of your limited ammo reserves to do it. Harmony is the perfect choice for players who like to open a fight with the first pick from their primary weapon.

One of Burden of Guilt’s few exclusive perks as part of its Stasis identity comes in the form of Chill Clip. While its functionality means it’s only viable in PvE environments, the burst of slowing Stasis that it creates can give the fusion rifle a kernel of crowd control capabilities that it doesn’t have usually. It also pairs perfectly with a Stasis subclass, working alongside various Fragments that can provide additional benefits after slowing or freezing combatants.

Swashbuckler is the most traditional damage-boosting option on Burden of Guilt, and it’s a reliable option if you happen to get a roll of the weapon with it on. With Swashbuckler equipped, a melee kill can provide Burden of Guilt with an immediate 33 percent damage boost for 4.5 seconds. For players that lean heavily into the likes of throwing knives on Hunter or a Titan’s shoulder charge, the synergy makes Swashbuckler an ideal choice.

Vorpal struggles to shine amongst its competitors in this column, but can still prove beneficial in the niche circumstance that a player is bringing Burden of Guilt into endgame content. The passive damage buff against bosses and champions can still be a convenient option, especially if fusion rifles currently have a seasonal mod that gives them anti-champion effects of some description.