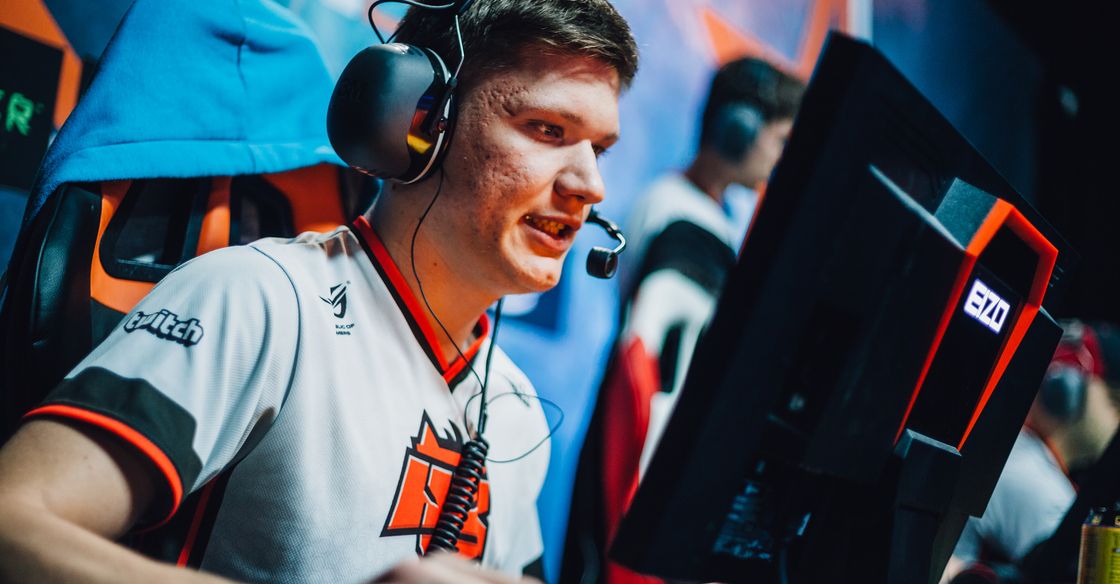 Oleksander “s1mple” Kostyliev is the kind of player who can do things in the most important matches that most professional players can only hope to complete in FPL. s1mple is nothing short of a spectacular player with his ability to be an AWP and rifle at the highest levels.

Unfortunately, s1mple is a less than stellar teammate. He has been harsh and critical to his teammates, creating an atmosphere that can make certain people play worse. However, he was able to find a friend in Hiko, which is why he got onto Team Liquid and was able to become a better teammate. The journey of this young man began not too long ago, but he has already done so much in the realm of Counter-Strike worthy of chronicling.

This is the beginning of my take on Thorin’s Who is [X]? series. I chronicle the history of a player, in this case s1mple, and also do a demo review video that is focused on the player’s in-game skill.

Before getting his big break, s1mple hovered around the bottom of the CIS scene. He notably played on a team with Georgi “WorldEdit” Yaskin and Andrey “B1ad3” Gorodensky, both of whom are on FlipSid3 Tactics currently. What is notable about s1mple playing with B1ad3 on his earliest teams is that B1ad3 has an eye for talent and can create good teams with seemingly nothing, much like pronax and his Godsent team but in the context of Russian speakers.

B1ad3 must have spotted s1mple from PUGs and took him under his wing, developing him into the player that he is today. Before HellRaisers, s1mple floated around various teams and did nothing of consequence, something that could be excused when one is so young and is an unrealized talent but cannot be so easily dismissed now.

The murmurings of s1mple’s talent were realized on an international scale when s1mple joined HellRaisers. After standing in for Dauren “AdreN” Kystaubayev for a few weeks, it was almost certain that s1mple would join. According to HellRaisers, he was the bright shining star that the team needed to be successful, just as he is to Na’Vi today even if they don’t know it.

On HellRaisers, s1mple would almost always perform. It was very rare that he would go negative and often had to carry HellRaisers. At Game Show League Season 1 where HellRaisers competed for the title against Na’Vi, he gave a stellar performance every game, except on Mirage where they almost suffered a 16-0 loss.

Due to a horrible tournament structure, HellRaisers lost the final after securing the next two maps convincingly and losing the last one very narrowly. Game Show League Season 1 was just one of the many disappointments for s1mple, but when the rest of the team provided some help, good things happened.

At DreamHack Winter 2014, HellRaisers was in an extremely easy group. However, they especially dominated it by coming out first of the group by winning against Fnatic and Cloud9. Cloud9 went on to provide some commentary at the event, but Fnatic contested with LDLC, the champions of the tournament, for a spot in the finals.

HellRaisers lost to NiP, finalists of the tournament, convincingly in the quarterfinals when NiP was able to see through their tactics and did something about it. After an even worse thrashing by LDLC in the finals of a FACEIT LAN, s1mple was left with a bitter taste in his mouth while he went on the end of year break to reflect on the many defeats he suffered with HellRaisers.

As the break was ending, s1mple was informed by his teammates that he would no longer be playing with them due to his “ESL ban and because of a bad reputation,” as s1mple reported in an HLTV interview. Though s1mple indicated his admiration for his veteran teammates, things probably broke down within the team at some point as they always do with s1mple.

How can anyone blame him for being angry? Yes, he has had trouble being integrated into a team structure, but people who grow up in broken homes or have come back from war are helped and rehabilitated.

HellRaisers was just the beginning of his troubles. s1mple was cursed with a horrible reputation, which is one of the reasons why Na’Vi has not given him a chance. Of course, s1mple had a large part in creating that bad image of not being a teamplayer, but when one’s team does not play as a team, it is easy to question the dedication and ability of the others. Playing as a team means putting in the hours and playing around skilled teammates, something s1mple has never completely received.

After HellRaisers, s1mple joined daT Team, which was picked up by FlipSid3 two weeks after he joined. Famously on FlipSid3, s1mple was unable to play in ESL tournaments.

The ESL ban was for ethnocentric/hateful comments towards Germans, and he was also caught cheating on ESL Wire. FlipSid3 had to get a stand-in for s1mple when they attended ESL One Katowice. Despite the embarrassment and need to search for stand-ins, s1mple was worth having for tournaments outside of ESL’s. He could drop 30 bombs like they were nothing, ensuring them qualification to many tournaments.

The only time this team did well was at Copenhagen Games and at ESWC with Spencer “Hiko” Martin standing in for WorldEdit. Copenhagen Games was a rather poorly run event with an unusual system, but some top teams attended. This tournament had a double-elimination bracket where best-of-three series were played in the winner’s bracket and best-of-ones in the loser’s bracket. After getting knocked down by Dignitas to the loser’s bracket, FlipSid3 battled back to face Dignitas in a best-of-one and lose in the quarterfinals.

ESWC 2015, though it had so many delays, was perhaps one of the most groundbreaking events in CS:GO. Hiko brought back to NA, as well as revealed to the world, a new training regime and the very unusual use of numbers instead of names to call out spots. It was thought that this system of numbers would be more precise instead of saying “he is in the cubby by arches watching Library”. But most importantly, it formed the Hiko-s1mple relationship which got s1mple on to Team Liquid.

After ESWC, s1mple had been kicked off FlipSid3. There was also some sort of trouble with HellRaisers buying him out from FlipSid3 and that fell through. Instead, s1mple would end up in a similar position as Hiko and be a top level pro without a team.

Normally, a player’s time out of competitive play would be of little note, but s1mple still managed to stir up controversy. The most notable of them all was s1mple doing a giveaway and refusing to give the knife to the guy that had won it. s1mple had gained a fairly large following for his stream, but once he started acting rather scummy towards them, he lost many fans. s1mple’s amazing aim could not make up for his abrasive personality even among people who were not on a team with him.

The Ukrainian hotshot also would constantly criticize his teammates in FPL, making enemies out of other pros who may have been able to help him out. After arriving in North America, s1mple was involved in another controversy, but this time, he was the one getting “bullied.”

Ryan “fREAKAZOiD” Abadir went onto TeamSpeak and joined a channel that s1mple and his FPL team were in to harass him. fREAKAZOiD quickly became known as a bully by the community, and though the comments were of poor taste, especially since s1mple was living far from home, they were exaggerated. fREAKAZOiD was forced to go to an anti-bullying seminar by his team, Cloud9, because of how big of a spectacle it was, and the anti-bullying seminar had only made it even more of a joke.

Even after getting “bullied” himself, s1mple still spoke his mind and was critical of his teammates. He spoke publicly of his problems with Eric “adreN” Hoag and Kenneth “koosta” Suen. Everyone but Hiko wanted him kicked from the team because of s1mple’s way of making people feel bad about themselves. Hiko was the only exception because of how he was able to connect with s1mple as a friend and mentor him. Hiko has also been very known to place winning above all else.

When Hiko came to Team Liquid, he brought a mentality that was to never settle for anything less than victory. Since Hiko has been on the team, new talents like Pimp, koosta, and JDM have joined and washed up players like adreN and FugLy have been kicked.

Hiko also realized the opportunity that s1mple’s free agency had presented. The player with the most skill in the world had no team, no buyout, and was itching to win, and was already a friend of his. For someone also committed to winning, recruiting s1mple was a simple decision.

The first string of LANs were not good for s1mple. After qualifying to the MLG Major, s1mple had cried about how he was carried for the first time by his team in an interview. To me at least, it seemed that s1mple’s arrogance was over. He appreciated the people who played on his team and understood that even he can mess up.

That all was reversed soon after the Major Qualifier. s1mple said he had a problem with koosta; something having to do with not congratulating and the team and taking his preferred role. s1mple said he would prefer to play with adreN over koosta, yet later on, word got out about his negative view of adreN. Nick “nitr0” Cannella and Jonathan “ELiGE” Jablonowski were having trouble playing with s1mple because of what can only be described as a harsh, toxic attitude. Despite going further than any other NA team had gone before, it was the decision of Team Liquid to kick s1mple.

Before bringing Team Liquid and North America even further than they have ever gone before, s1mple spent his time much as he had before. It seemed as though his career was ruined. He was playing with a team called Worst Players, and with s1mple, they accomplished nothing but bombing out of a StarLadder event and a DreamHack Qualifier.

Before the Major, s1mple didn’t do so well at ECS with Team Liquid. He was negative in every single game but one, and that didn’t inspire too much confidence going into ESL One Cologne.

Fortunately, confidence, and arrogance, is something he has in abundance. His showing speaks for itself. He played supremely well. He played as if the game was his, and following him were nitr0, ELiGE, and the former CLG AWP star Joshua “jdm64” Marzano. It was as if they were destined to destroy everyone, but everyone also knew that they were destined to be destroyed in the finals versus SK. And everyone knows that not even a god like s1mple can break their destiny, and so they lost.

Not wanting to make the same mistake as they did with adreN, Team Liquid has made it very clear that s1mple is out. However, six other teams have made it clear that there is a very special place for s1mple on their team, and Na’Vi is not one of them.

s1mple is the best player in the CIS region and the world. His skills are simply unmatched. His positioning may not be on point, but he has impeccable aim with every kind of gun to get him out of such situations. Na’Vi needs s1mple to become Major winners, and s1mple needs to be on the best Ukrainian team. Anything less would be sacrilege.