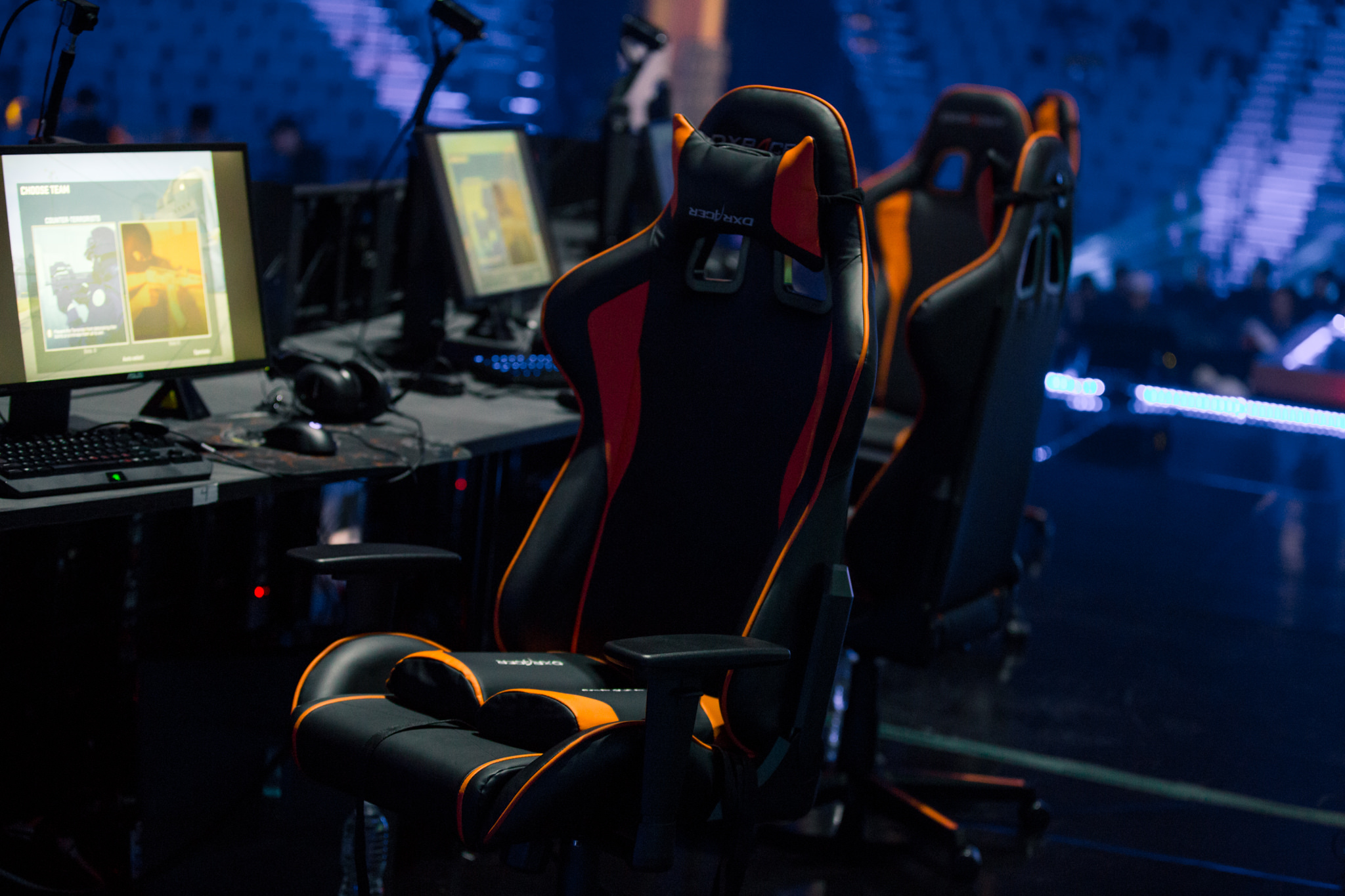 The CS:GO crowd can be very punctual. That’s not to say that the majority are good at arriving on time. I mean “punctual” in the sense that many fans and forum frequenters seem to exist at a point in time without any conception of the past or future.

When the ever-inconsistent Na’Vi stomped their way through the swiss opener of the ELEAGUE Major, an unbelievable 92 percent of pick’em players thought that the CIS team would defeat the presumptive best team in the world, Astralis, in the first round of the playoffs. For the vast majority, three very recent best-of-one wins outweighed Astralis’ scene-leading capacity over the previous three months with Lukas “gla1ve” Rossander. Surprise, surprise, the Danish side beat Na’Vi 2-1.

Right now, in this exact moment of time, Virtus Pro look atrocious. After finishing second to last place in ESL’s online league, they were swept in both of their relegation matches to be sent down to the second-tier “premier” division. Neither of their conquerors, BIG and PENTA, are even top-15 teams worldwide. And even if you discount online results because of their known inability to predict offline prowess, Virtus Pro still haven’t been impressive in the most recent term. They didn’t advance through the group stage of IEM Katowice after losing games on their very best maps, and looked lost in the swiss of StarLadder i-League StarSeries Season 3, where they pick/banned erratically and lost maps by massive margins.

So where is Virtus Pro?

VP do not simply exist in the “now” of the past few weeks. A team’s form is something that you can evaluate from their more recent showings. But a team’s overall level, their capacity, and their class have to be a function of a broader array of conditions and data points. And, in this respect, Virtus Pro is the ultimate outlier. This long-standing Polish iteration of Virtus Pro has been together for over 1,200 days—a freakish long time span for any esports entity. The suggestion that Virtus Pro is clearly kaput or in their dying days just feels guilty of this sort of punctuality, or an avoidance of history when predicting the future.

Virtus Pro have always been capable of winning championships. They won the first Valve major they attended under the “Virtus Pro” banner at EMS One: Katowice in March 2014 and won other events such as Gfinity G3, FACEIT Spring League 2014, and Caseking King of Kings over the course of the year. But unlike LDLC or Fnatic, there was never a point where VP was the clear, dominating force in the world. They were always contenders but never kings, mostly finishing towards the top but rarely on top. In 2015, it was more of the same; they won the ESEA Season 18 finals, the CEVO Season 7 finals, the ESL ESEA Pro League Invitational, and the CEVO Season 8 Professional Finals, but found more top-four finishes and silver medals alongside the occasional group stage elimination.

In early 2016, we saw Virtus Pro’s first so-called “slump.” Just like last week, they were relegated from the online ESL Pro League circuit as their offline results looked pretty lackluster for a span of months.

Now this “slump” was exaggerated by the difficulty of their draws. But either way, Virtus Pro still roared back in the second half of the year. After placing top-four at ESL One Cologne, VP actually became the best team in the world for a limited amount of time as SK fell off in the aftermath of their second major win. VP won the next big LAN after the major, ELEAGUE Season 1, and went on to do very well as the Uncertainty Era started in earnest, winning DreamHack Bucharest and placing second at ESL One New York and EPICENTER.

Still, in many ways, the team’s results pretty much followed the pattern. They had some great placings. But in the exact same period, they occasionally underperformed heavily, which we saw at StarLadder i-League StarSeries Season 2 and ELEAGUE Season 2. If anything, Virtus Pro’s temporary ascent to the very top had more to do with the destabilization of the upper echelon of the scene via a series of exterior factors, such as the Valve coaching rule change, tournament oversaturation, the addition of Nuke to the map pool, the breakup of Fnatic, and the falloff of SK.

I think some fans have already forgotten the level of enthusiasm surrounding Virtus Pro in the opening months of the year. When VP very narrowly lost to Astralis in the finals of the ELEAGUE Major, a fairly unfair group of arguments started to spread supporting the Polish side: “Xyp9x shouldn’t have won that one HP clutch,” “Astralis shouldn’t have been able to make the comeback on Train,” and “Virtus Pro should have won the major.” Those cries only proliferated and grew louder after Virtus Pro defeated Astralis in the semifinals of DreamHack Masters Las Vegas on their way to another tournament win.

Astralis was the better team and they have proved that over these past three months—but it’s this same punctuality problem again. In weeks following a powerful VP performance, they’re too often called the best team in the world, but when they slump for a tournament or two, it’s all doom and gloom. Yes, Virtus Pro were eliminated in the preliminary stage of their next two LANs and have been dreadful online. But we’ve always seen these variable performances throughout their history, and their core strengths still remain.

While they aren’t the most stacked squad in the world, they’ve always had enough firepower to compete with the best teams around at any given point in time. Since their emergence following their early 2016 slump, Janusz “Snax” Pogorzelski has clearly been their standout player, even looking like a superstar-level talent when Virtus Pro peaks with his typical high-level AWP play and uncanny positioning. Elsewhere, their output comes from a variety of sources with a variability typical of their results. For example, Jarosław “pashaBiceps” Jarząbkowski had not been a star player for Virtus Pro in some time, but he suddenly performed far above his apparent level, looking like the team’s second best player in early 2017.

Led in-game by Filip “NEO” Kubski, Virtus Pro isn’t as technically brilliant as Astralis and is not as fluid in the mid game as SK, but they are certainly a competent team strategically that seems to heavily benefit from strong coordination and teamplay. However, the team’s long-standing relationship with one another actually seems to gives them an even greater advantage in an unexpected area. Because Virtus Pro always tries to pick up new or reworked maps, and because they can retain their proficiency elsewhere without as much effort with the near-permanent consistency of their lineup, the Polish side can have an incredibly wide map pool. This advantage has been especially pronounced recently as their permaban, Dust2, was removed from the rotation last February.

But, more broadly, we all know Virtus Pro’s strengths. They can occasionally hit that stride, activate the plow, and roll over teams round-after-round on either side of the map. They have so much experience on the team, and with each other, that they rarely ever wilt or implode in crunch time. When it matters, they grind out late games and close matches—winning occasionally, but always competing. Grit, presence, perseverance, sudden strength, and longevity. They are the ultimate barrier for the would-be contender—the minefield only the best and bravest can cross.

Now, VP do have real problems. They suddenly have been unable to win on their best maps, they are not utilizing the full strength of their pick-and-ban phase, their continued weakness online prevents them from attending a fair number of LANs, and no simple solution to any of these problems exists. No one knows how Virtus Pro are going to exit this slump. We don’t know who will step up or how the composition of the team needs to be altered to facilitate a turnaround. We don’t know what amalgamation of pressure, adrenaline, rivalry, smite, or anger will fuel their comeback. And we don’t even know for sure if they can come back. At some point, they won’t be able to pick up the pieces after a crash. When they reach the end, no repair will be able to start up the plow’s engine again.

Yes, there is an uncomfortable simplicity in suggesting that Virtus Pro will return just because they have done so before. But who can possibly be sure that the end is nigh? What alteration in the configuration of the team or scene necessitates their demise? Why should anyone assume this moment, this point in time, is the ultimate end point?