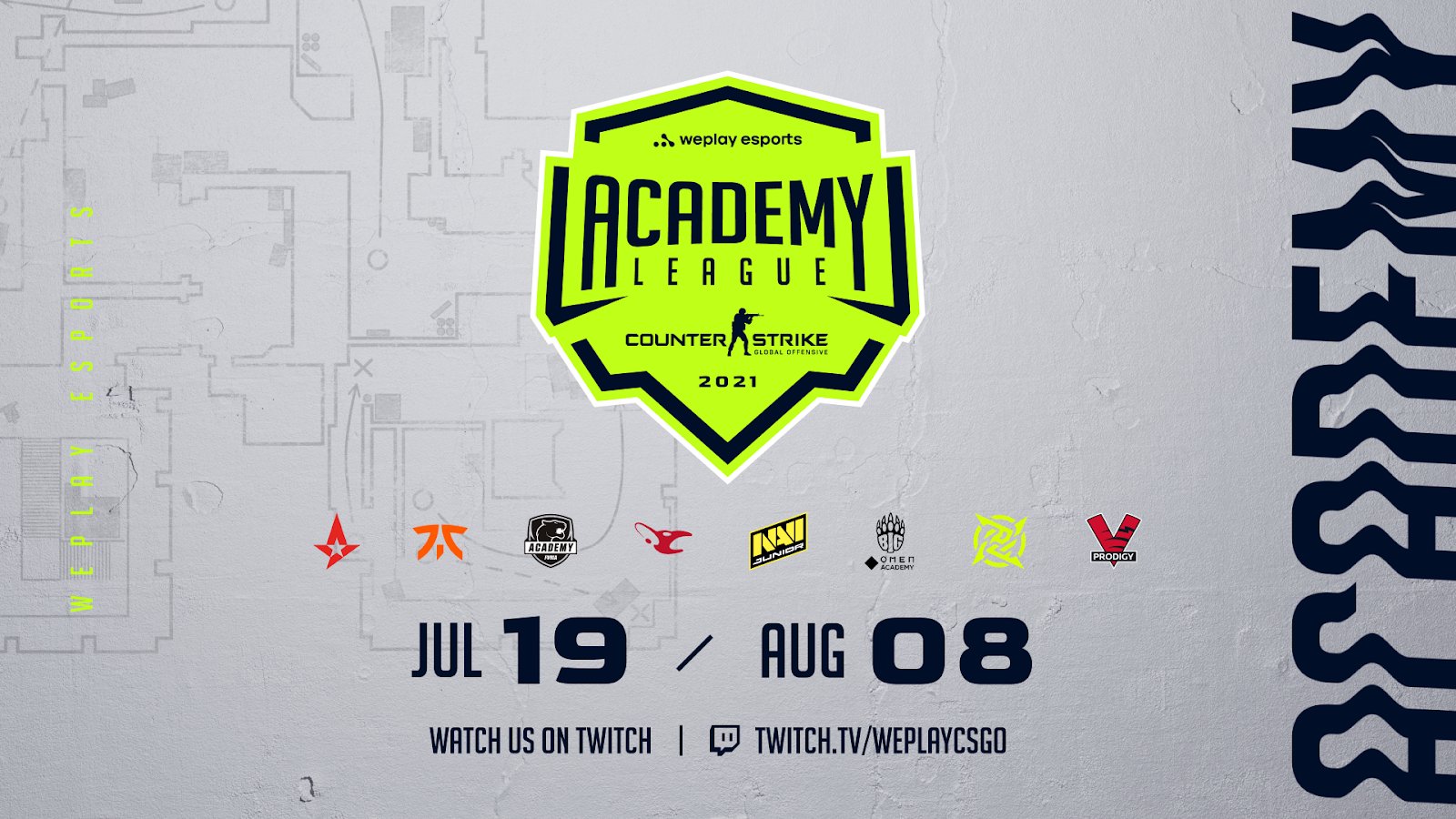 WePlay Esports has revealed the creation of a $100,000 CS:GO league for academy teams in partnership with Astralis Talent, FURIA Academy, Young Ninjas (NiP), Na’Vi Junior, mouz NXT (mousesports), BIG Academy, Virtus Pro Prodigy, and Fnatic, who will be announcing its academy team soon, according to HLTV.

The competing teams in the WePlay Academy League season one must have at least four players between the ages of 16 and 20 to participate in the tournament. The league will start on July 19 with an online round-robin group stage that will see the top three teams advance directly to the double-elimination playoffs. The bottom-placed team from the group stage will be eliminated and the remaining four will fight for the final spot in the playoffs.

Rumors started circulating over the last few weeks about an exclusive league for academy teams since many top esports organizations have started fielding youth squads since 2020. The playoffs of WePlay Academy League season one will be played in the tournament organizer’s esports arena in Kiev, Ukraine from Aug. 27 to 29.

“The league provides an excellent platform for the young prodigies to show themselves, competing against their counterparts from other clubs,” Na’Vi’s COO Aleksey Kucherov said in an official statement, according to HLTV. “There’s also the process of getting ready to play against certain opponents and the long-term planning of roster changes for playing certain roles. In general, there will be everything that’s already present in tier one CS:GO, everything you need to get used to at the very early stages of your career as a pro gamer.”

Academy teams can be a great path to a professional career for some young players, especially considering the best esports organizations tend to offer the same structure the main team uses to the youth roster. NiP, who created the Young Ninjas project in January, has promoted two players—first Erik “⁠ztr⁠” Gustafsson and later Linus “⁠LNZ⁠” Holtäng—to its main squad so far and Na’Vi is playing with Valeriy “⁠B1T⁠” Vakhovskiy, who was originally a part of its junior team.