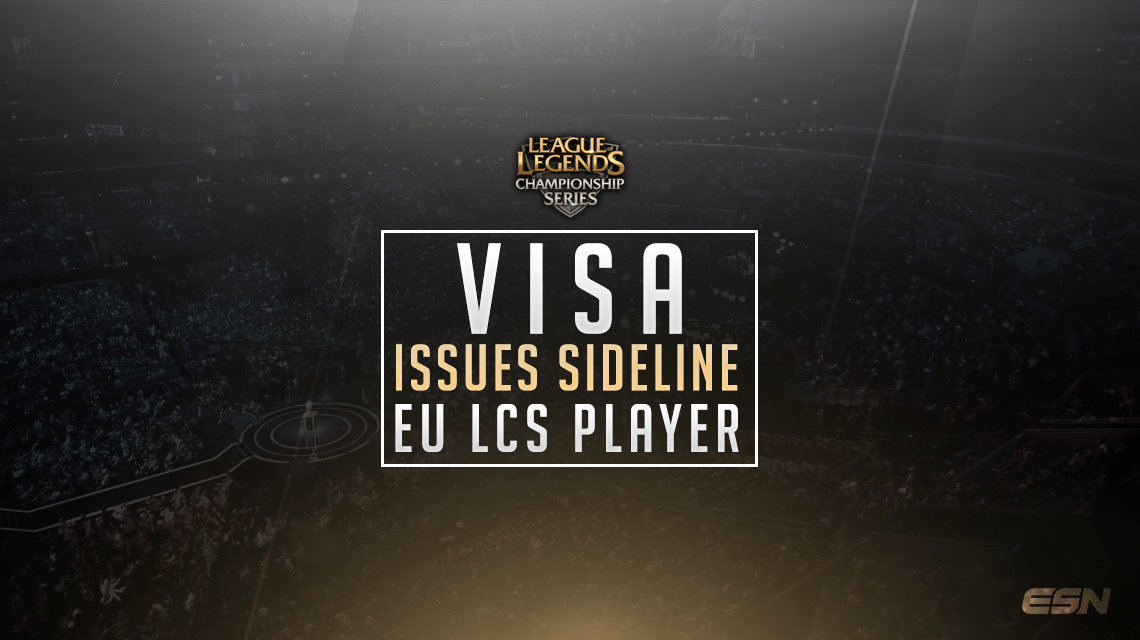 It seems as if we are seeing more-and-more issues when it comes to professional players acquiring visas to play video games internationally, most notably in the League of Legends community.

Earlier this week, Echo Fox had to forfeit their League Championship Series (LCS) game against NRG eSports because the team was unable to obtain a legal roster in time for their match. The reason why Echo Fox were looking for replacements was because players from the team were having trouble with their visas. https://twitter.com/echofoxgg/status/691132047075753984 Riot Games asked the teams to produce work documents showing the players were eligible to play. The paperwork was supposed to be turned in by 12:00 AM PST on Jan. 19, but Echo Fox never sent in the paper work. This led to players not being able to play in their match, and because the team could not find an replacement in time, they were forced to forfeit. Unicorns of Love is now having a similar problem, as the team announced via Facebook that Danil “Diamondprox” Reshetnikov will not be able to compete for the Unicorns of Love’s Week 3 European League Championship Series matches all due to visa issues. Unicorns of Love released the following statement regarding this issue. “The status of pro-gamer is hard to identify for governments, between “artist”, “performer”, “sportsman”, “technician”… and the German law has currently no answer for a Russian eSport player.” The organization went on to describe exactly why “Diamondprox” was having issues with his visa. “We are currently working with high profile people to make eSport an accepted job in Germany so cases like this will not occur again and the rules will change for better. Looking forward, we wish Danil best on the way as we will miss out on not only a great player but also a close fan.” The Unicorns of Love are trying their best to find a replacement, but no announcement has been made as of yet. What are your thoughts on professional players struggling to acquire work visas? Let us know by commenting below or tweeting us @eSportsNation.