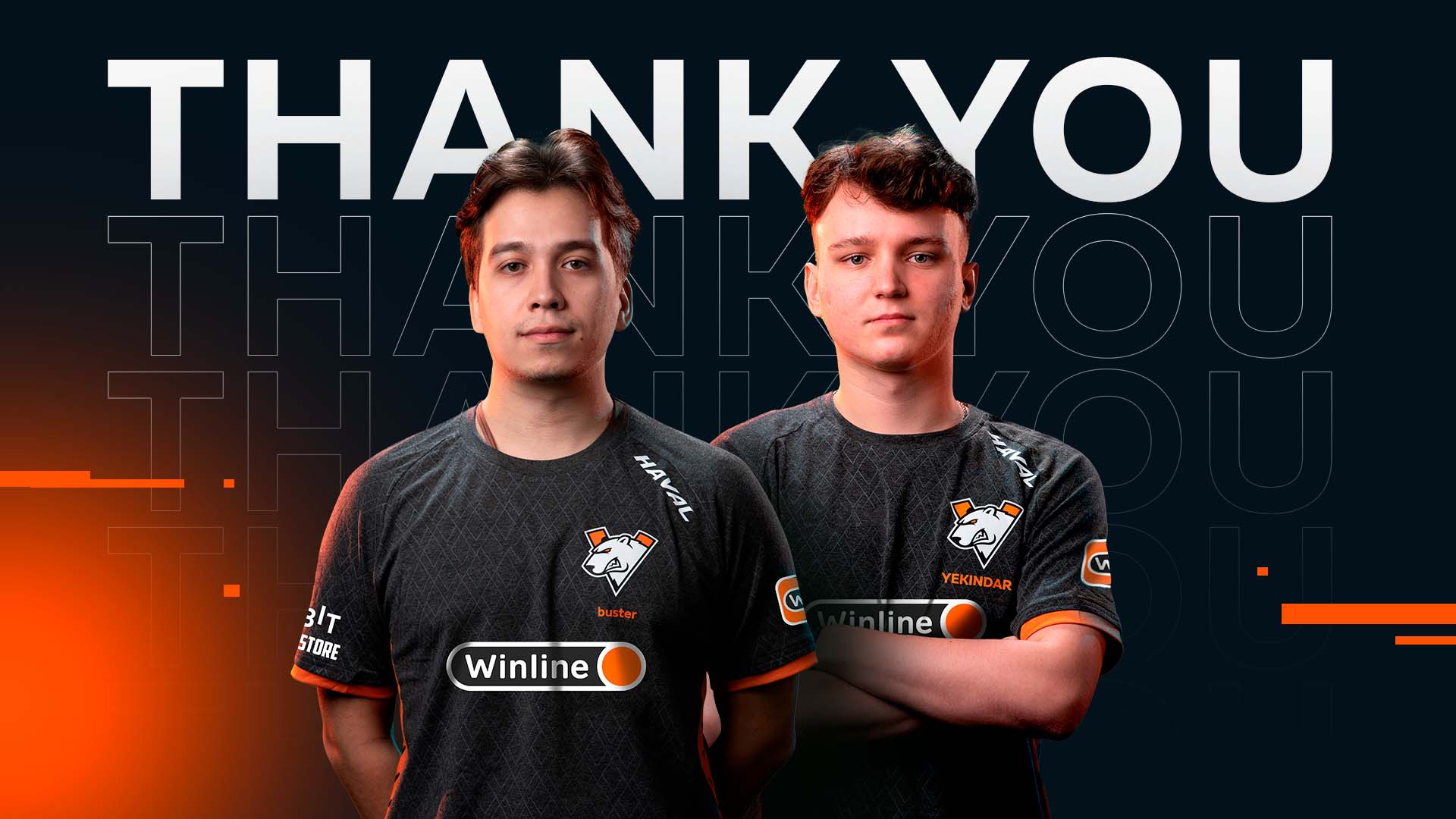 Less than 24 hours after FaZe Clan raised the PGL Antwerp Major trophy, the Virtus Pro organization got the latest post-Major roster shuffle going by announcing that Timur “buster” Tulepov and Mareks “YEKINDAR” Gaļinskis will be moved to the bench.

The move comes after the roster was eliminated from the PGL Antwerp Major in the Legends Stage, following losses to best-of-one losses to Cloud9 and ENCE, then a 1-2 series loss to G2 Esports. In Antwerp, the roster competed under the name “Outsiders” following PGL’s decision to ban organizations tied to the Russian government in the wake of the invasion of Ukraine.

This result in Antwerp follows a string of disappointing results at IEM Katowice and ESL Pro League, in which the VP organization claims the roster “failed to meet the expectations of the fans, management, and its own.” The organization says they have “already made the decisions on the future of the roster,” and that the new players that will join the trio of Dzhami “Jame” Ali, Aleksey “Qikert” Golubev, and Evgeny “FL1T” Lebedev will be announced soon.

Virtus Pro, which for years exclusively fielded a CS:GO roster of Polish players, shifted to a team of CIS players in late 2019 when it acquired the AVANGAR roster that had just reached the grand finals of the StarLadder Berlin Major. Halfway through 2020, the organization acquired YEKINDAR, who originally replaced buster, but buster was re-introduced back into the starting roster just a few months later in place of the departing AdreN.

During their run, YEKINDAR and buster helped Virtus Pro achieve victory at Flashpoint Season Two, reach the grand finals of IEM Katowice 2021, and reach playoffs at the PGL Stockholm Major. YEKINDAR was named a top 10 player by HLTV in 2021. Virtus Pro says it is “open for transfer offers” regarding both players.