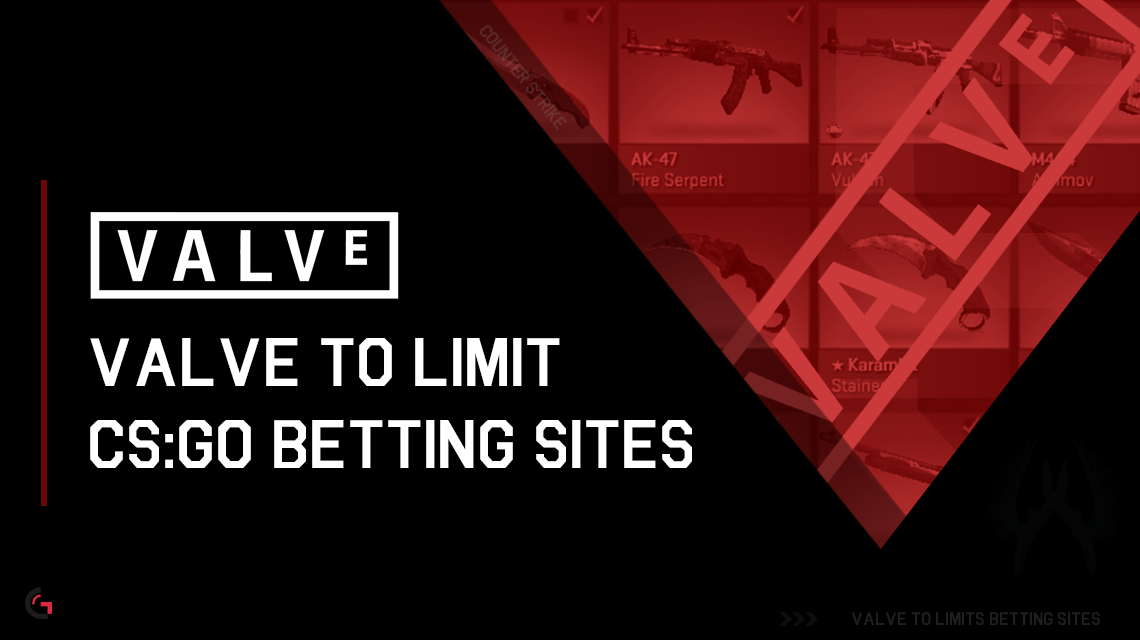 The Valve Corporation, createrof Steam, and owner of major esports title Counter-Strike:Global Offensive and DOTA 2, announced changes to thegame’s weapon skin trading earlier today. Weapon skins in the gameare cosmetic items that can be bought and sold on the Steam,Valve’s computer game platform, for real money.

A number of websites have poppedup since skins were released in 2013 that allow them to be traded,sold, or gambled on their proprietary sites. This wasachieved using Steam login identifiers that were open to thecommunity.

Valve announced their intentionsto limit this unregulated market and said that they will berequesting that gambling sites cease operations through the Steamplatform. This is very big news as it will almost certainly bringan end to CS:GO gambling. There is not a way for sites to accessplayer’s inventories to facilitate gambling without a wayinto the Steam platform.

The decision was made shortlyafter a large community outcry over popular gambling site CSGOLotto. It was recently discovered that several prominent contentcreators owned the site, while also showing videos of it on theirYouTube channels without disclosing that they owned it. This rulingcould also lead to that site having to shut down.

One of the many remainingquestions is whether sites such as OP Skins and CSGOLounge will beable to continue to use the Steam identifier. OP Skins is a skinmarketplace where users spend money outside of Steam buying andselling skins, and CSGOLounge is primarily a betting website whereusers bet skins on the outcome of CS:GO matches.

Lurppis, a former professional Counter-Strike 1.6 player andcurrent commentator, had this to say on the announcement, “Valveneeded to sort out betting/gambling for a while now, so the factthey have finally acted is good. However, it remains unclearwhether this affects betting on matches, or only the casino-typegames. The former will affect viewership, which then hastrickle-down effects across the CS:GO world. The latter is, as longas it remains ungoverned (allowing underaged kids to play)cancerous, and should have been banned earlier, which would be agood decision overall, and while there will be short-term pains,it’s better to have them now and be better off for the long-term,than vice versa. What I am most looking for in this is whether itshuts down sites that allow betting on results, and if so, how muchthat affects the game’s viewership — as the effect can be fairlysubstantial, I think.”

I don’t even understand what the announcement is.
– Thorin

Thorin, another influential Counter-Strike commentator, alsoweighed in on this decision saying, “I don’t even understand whatthe announcement is, at no point in time do they explain what theymean by gambling. They don’t say if it’s skin betting on matches,or abstract token bettting like diamonds etc.”

With so many questions remaining, it will most likely take along time to sort this all out. This announcement, though, will have a largeimpact on the game and the community, and in addition to CS:GO, itwill also affect Valve published games DOTA 2 and Team Fortress 2,along with their respective gambling communities.