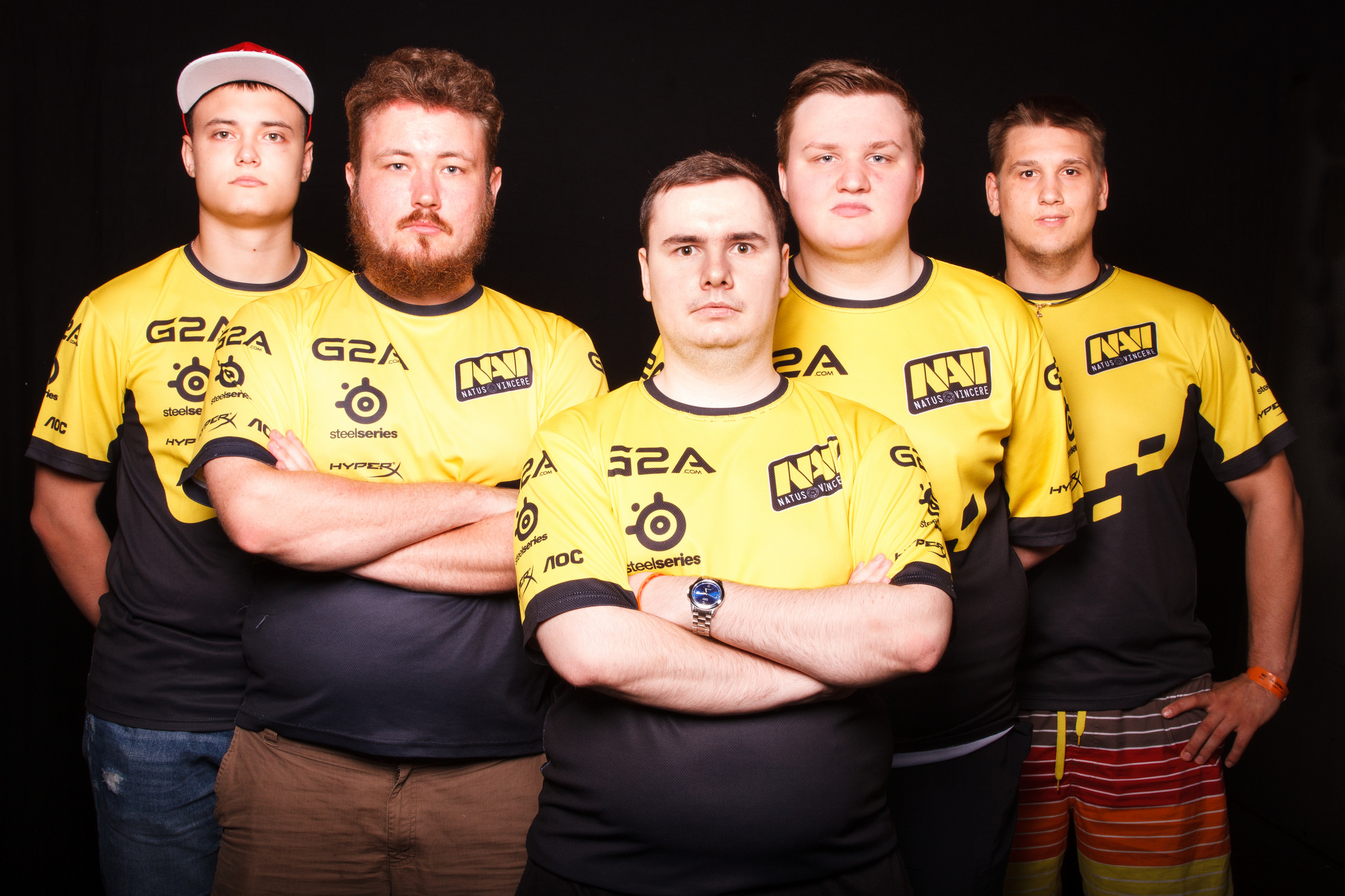 Since the last edition of the rankings, CEVO S7 Finals and Acer Predator Masters took place.

FNATIC have not competed since the previous edition of the rankings.

Na`Vi’s incredible run of form seems to have cooled off. They still maintain excellent consistency, pushing their run of top four finishes to seven straight tournaments in the last three months, but they’re not the same team who blitzed through StarSeries and ESWC. Their track record and heavy attendance rate has allowed the CIS squad to move past TSM and into the second spot, being able to boast of two titles, four finals and seven top fours.

Yes, TSM’s two titles are better than Na`Vi’s, but the Danes do not have the additional placings to match up with GuardiaN and company. Na`Vi’s number of top ranked opponents beaten in Bo3s is still not that high, but their placings simply cannot be denied. Finishing second at CEVO-P S7 made it a close run affair between them and TSM for the second spot, where a victory could have helped cement their status a little more. For the first time in the history of CS:GO, Na`Vi are the second best team in the world.

TSM’s shocking elimination in last place at Acer Predator Masters is something we have not seen anything comparable to from this group in 2015. Even their last place finish at ESL ESEA was only the result of losing two Bo1s, one to the best team in the world at that. With my three month spotlight having moved past two of TSM’s offline title victories, the Danes lose half of their impressive collection of four offline titles. Now, TSM have only their two big time wins at fragbite and FACEIT. They need to add more placings to their list if they want to convincingly put themselves ahead of Na`Vi.

C9 continue to rise through the rankings, this time reaching fourth. CEVO was a disappointment for the team, falling off from the blistering form that had seen them ride into three straight offline finals. This time around, they were beaten in the group stage by mouz and eliminated in a convincing three map series in the semi-finals by Virtus.pro. Still another top four finish, but this time without any notable series wins to bring to the table. EnVyUs’ line-up change allows C9 to skip ahead of the French side, securing a top four spot for a North American team.

With EnVyUs changing players and NiP losing good placings, VP’s victory in Columbus, at the CEVO-P S7 Finals, was the ideal finish to boost them up the rankings and back into the territory they are more used to occupying, with a top five ranking. At CEVO, they were able to score Bo3 wins over Na`Vi and C9, both top five ranked teams at the time, and even a Bo5 series win over the very same Na`Vi.

With a decent title, two finals and three top fours, VP are starting to look more like the VP of earlier in the year. They still aren’t a real contender to be overall world number ones, but they’re a team you expect to match-up well against almost anyone and occasionally hit peak form and go deep in a tournament.

The new EnVyUs line-up has yet to play but my logic on ranking them is that three of the five players did accomplish the placings they have to their name, so it doesn’t seem right to wipe their slate clean entirely. With that said, it also has to be acknowledged that changing 40% of your line-up changes a lot, so I’m appropriately reducing the impact of their placings while still acknowledging some degree of them, around two thirds in this case. For now, that keeps them in the top six.

This is a tricky situation, but I would have to give a team credit for results if they changed one player, so there has to be a similar situation for teams who replace two players, albeit with less credit given, as a result.

NiP lost a third place and a runner-up finish, leaving their resume in shambles. Their only finals finish over the last three months was at an event featuring no FNATIC or TSM. They’ve only had two top fours in total, with one the result of simply beating Dignitas twice in Bo1s. NiP have never been more weak than they are right now in the sense of the rankings. Consider this: in the last three months, NiP have only won a single Bo3 over a team who were ranked top 10 at the time, when they beat Dignitas at Gfinity Summer Masters I.

They’ve only had three placings of note, but each time they have impressed with their outings. At CEVO finals they were able to 2:0 the previously red hot Cloud9, a top five team in the world. Their two Bo3 victories over Virtus.pro at Gfinity still line their pocket well in that too. Despite finishing second at APM, mouz didn’t win any big Bo3s, due to the sheer number of upsets elsewhere in the bracket, but they add a small placing nonetheless. mouz look set to be one of the next teams to gain ranking places with each month that passes.

HellRaisers had not won a notable Bo3 series over a top 10 ranked team in some time, but last weekend they took down both TSM and Dignitas in that format. Winning a Bo7 over mouz in the final was a monstrous performance, though mouz were not ranked at the time. Acer Predator Masters was not a big tournament, but the presence of TSM, Dignitas and mouz did give it some legitimacy. That HellRaisers beat out all three makes their victory there one with more impact than one might initially assume when considering the small name of the tournament.

HellRaisers once more look like the most inconsistent team in all of CS:GO, capable of failing to qualify for ESL One Cologne and then losing to Dignitas in the first round of APM, only to beat everyone in the lower bracket and take the APM title anyway. Infuriating to analyse, but often entertaining to watch. Let’s see if they can stay in the top 10 long term.

Deciding the final spot in the top 10 was tricky, with a number of contenders for it. Ultimately, it came down to Dignitas, E-Frag and Titan. What edged it in favour of the Danes was that they have the best run of placings, with Titan’s reduced to match the loss of 40% of their line-up, and the others didn’t have enough big Bo3 series wins to give a compelling reason to put them past pimp and the boys.

Dignitas’ Bo3 wins are only two over Titan, but most of the other teams have only good Bo3 wins, such as E-Frag’s over TSM, but not placings at bigger events, only at smaller. It’s getting close at the bottom, so Dignitas are in a lot of trouble come the major, being as they did not qualify. Admittedly, HellRaisers also did not and E-Frag didn’t even go to the qualifier, but a team like Titan can jump back into the top 10 with a single good placing in Cologne.

ESL One Cologne takes place in around two and a half weeks, with many ranking spots vulnerable to being seized.