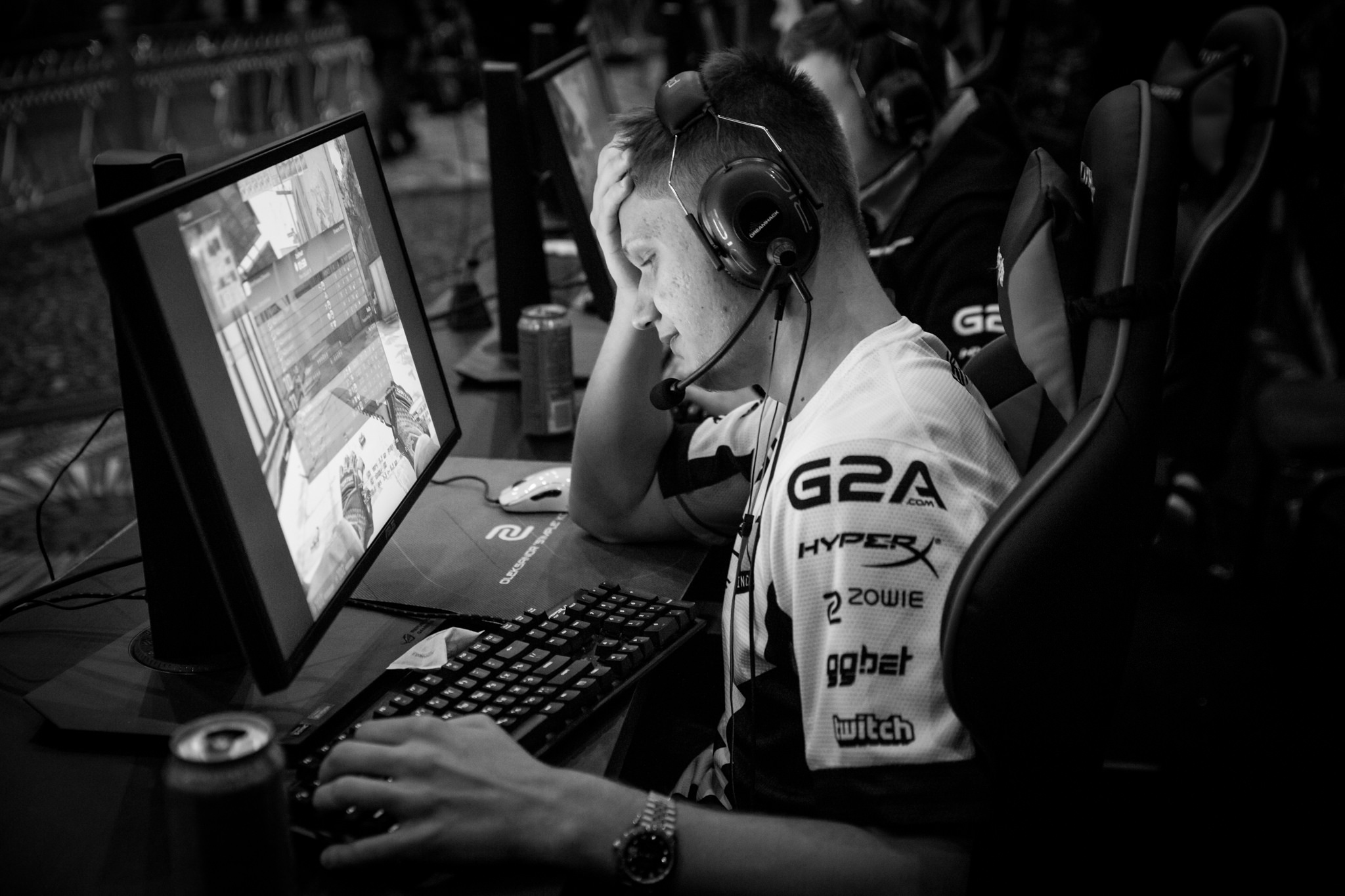 During Oleksandr “s1mple” Kostyliev’s six and a half month tenure in Natus Vincere (Na`Vi), the CIS squad has largely failed to live up to its billing as a potential world number one and championship side. With the exception of an inspired run to the ESL One New York title, Na`Vi have only once managed to finish top four at a big event and have otherwise either flopped in group stages or been cast out of the playoffs prior to the semifinals.

With s1mple standing as the most recent change to Na`Vi, the CIS super-team lacking for strong in-game leadership and Zeus, the player s1mple replaced, showing results over Gambit, some have simplistically wondered if Na`Vi simply made a mistake in recruiting s1mple and would have been better off retaining Zeus. Not only does this author feel that recruiting s1mple remains the right decision, but the problems in Na`Vi lie elsewhere and removing Zeus was still justified.

Contrasting s1mple’s time in Na`Vi to the team’s superlative form early in 2016 is disingenuous since it ignores the slide Na`Vi were already in when they brought in the Ukrainian prodigy. Na`Vi had been a lock to reach practically every final coming into the Summer, but famously won only at a Counter Pit event lacking the other two members of the top three teams in the game, where victory should have been assured anyway.

At ESL One Cologne, the second major of the year, Na`Vi were slain by s1mple’s Team Liquid and fell out in the quarterfinal, marking a steep fall from their back-to-back finals appearances at the previous majors. The same fate almost befell GuardiaN and the gang in the ELEAGUE Season 1 playoffs, as they barely got past a Cloud9 team still sporting Slemmy and not yet equipped with autimatic, the player whose firepower brought about C9’s resurgence. In the semifinals they faced the same FNATIC core they had never beaten and found themselves humiliated, even playing train and cobblestone, two of their best maps and with the former being one of FNATIC’s weaker.

Such disappointments and finishes further back in tournaments were exactly the reason Na`Vi pulled the trigger on bringing in s1mple, reputation for personality conflicts and all, in the hope that his prodigious talent could elevate them back to contenders and deliver them the huge trophies they had seen handed to the team on the other side of the finals stage so many times that year. Keeping the same lineup, especially with the rise of teams like Virtus.pro, Astralis, Dignitas and OpTic, would very likely not have seen Na`Vi making many more finals or ranking highly.

It’s not even unreasonable to suggest that Na`Vi have won more trophies with s1mple and without Zeus, since s1mple was the clear MVP of their ESL victory, than they would have had no change taken place.

Valve gets the assist on the kill

Na`Vi may well have consistently been a championship side with s1mple had their original plan ever been given a chance to play out. The logic behind removing Zeus was that he was merely a supportive component of the lineup, having given up being the IGL in 2015, and was one of the worst performing players in the team. With GuardiaN long since gone from super-star form, bringing in s1mple bolstered the squad’s firepower concerns.

The IGL of Na`Vi was starix, the former player and current coach of the team, and he was not only one of the world’s best at the role but also massively defined the playing style of Na`Vi on the Terrorist side, extending out further Zeus’s map control-orientated slow execution style to its logical conclusion. Na`Vi would not get to play a tournament with starix in control of the team in that sense until the recent Dreamhack Masters Vegas, as Valve announced their coaching rule changes almost immediately upon s1mple’s signing, stipulating that coaches could only speak during a set number of time-outs only, not during freeze time or live rounds.

That ruling affected Na`Vi more so than anyone else, as it immediately removed one of the best IGLs in the game and left them, due to the structure of their lineup, lacking any fall-back options. Had Na`Vi known about the coaching rule change, which came as a surprise to practically everyone in the scene, then they very likely would not have removed Zeus and instead selected another player to wave goodbye to.

Na`Vi and s1mple can hardly be blamed for not anticipating such a drastic and arguably ill-advised intervention by the game’s developers, who are famed for rarely interacting with the community in the sense of letting on what they are planning.

Having the mind of starix effectively silenced during games hit Na`Vi even more than other teams who used their coach as their IGL since the style of play, slow and methodical and based around securing space from which GuardiaN could get picks and then reading when to explode onto the site, was entirely anchored upon the ex-pro’s shoulders. starix’s system had been so effective that Na`Vi were famous the world over for their ability to grind out rounds against even the best opponents and so rarely ever be beaten by a large margin. Said system had even gotten the team to the final of MLG Columbus, the first major of 2016, despite GuardiaN already feeling the effects of an arm injury which left him practically helpless in the final of that event.

Lacking for a leader, Na`Vi turned to seized, who had briefly been an IGL years prior, as the odd man out who must attempt to redefine his role. Not only has seized proved ineffective as a leader, his calling style seemingly at odds with the famed slow Na`Vi style, but the burden of leadership has wrecked his own game. During the Summer, seized had been one of the world’s best Support players, capable of even picking up the slack for the ailing GuardiaN and at-times timid flamie and carrying games outright. As a leader, he quickly became simply someone diverting their efforts outside of their own game and, somewhat unfairly, being forced to fail in both regards.

Na`Vi were stubborn to change their playing style, seemingly determined to make their previous, and highly effective, style work and give seized as much time as he may need to bed in to the leadership role. Not only did Na`Vi’s Terrorist side aptitude disappear, but they were arguably propped up artificially early on by s1mple playing the highest level of CS:GO in the world, summoning impossible performances on a regular basis.

Written in the stars

A primary motivating factor behind disappointment at Na`Vi’s results has been how incredible their combination of stars still appears on the written page. Put s1mple, GuardiaN and flamie together as a trio at the peak of their powers and you will have assembled one of the most powerful and deadly trios ever witnessed. Sadly, Na`Vi have practically never seen those three players all playing well at the same time in any game since this incarnation was created.

s1mple was been a leading candidate for world’s best player early on, but has become more subdued as the team’s failures have stacked up. GuardiaN looks nothing like the dominant and devastating sniper he was up until his injury in the Spring. flamie has flashes of pure brilliance, yet often seems entirely lost within the new look Na`Vi and plays with a hesitation that is inappropriate for his skill level. Often times, Na`Vi end up looking like a team of one and half stars, depending on which teammate joins s1mple in delivering real firepower.

seized and Edward had played a major part in carrying Na`Vi during the dark times of GuardiaN’s injury manifesting in limited performances from him, but it would hardly be reasonable to expect that to have continued for much longer, especially with seized’s new responsibilities. GuardiaN’s drop-off already had removed the punch to the consistent system starix ran and there is seemingly no omen suggesting it will return.

The beam of light in the clouds

All things considered, s1mple has been one of the few bright spots in the confused and complicated mess that has been Na`Vi since his addition. His individual performance at ESL One New York was one of the best ever witnessed at a single tournament and he maintained that form into the next tournament. With practically everyone and everything else struggling in the team, it’s difficult to see by what metric he would carry some of the blame for Na`Vi’s current predicament, where they are a good but not great side.

The youngster who has been criticized so heavily for behavior in past times, often justifiably so, has not caused the same kind of problems in Na`Vi and has even, on numerous occasions, showed a level of self-sacrifice in choice of weaponry and execution of his role to suggest he has applied effort to becoming a better team-mate. A case could even now be made that perhaps s1mple’s change in mindset is inhibiting his own prowess, as he seems less like the wild but superlative star he was upon joining the team.

Wherever Na`Vi go with their line-up in the future, with roster moves seemingly practically inevitable in the coming months, s1mple is surely set to be a part of the team for a long time to come. He remains one of the very best young talents in Counter-Strike, supremely skilled and with incredible accomplishments despite a difficult career path. He is a player with “franchise player” written all over himself and will surely be built around over the years to come and have his chances to succeed at the highest level, as past Na`Vi line-ups had.

Zeus has once more shown the world his talent for in-game leading, but had not played that role for the better part of a year prior to ejection from Na`Vi. It’s also ignored that Zeus brought in kane, his former in-game leader from his early days in 1.6, to aid his leadership approach in Gambit. Na`Vi could not have known Valve would cripple their then current leadership approach and thus destroy their style completely. s1mple performed very well early on, even delivering Na`Vi the biggest trophy of their time in CS:GO, and has since transformed into a more mature and amiable teammate.

There are lots of problems in Na`Vi and many tough decisions to be made in the future, but s1mple is not one of those problems and the decision to keep him and build around him is an easy and obvious one.