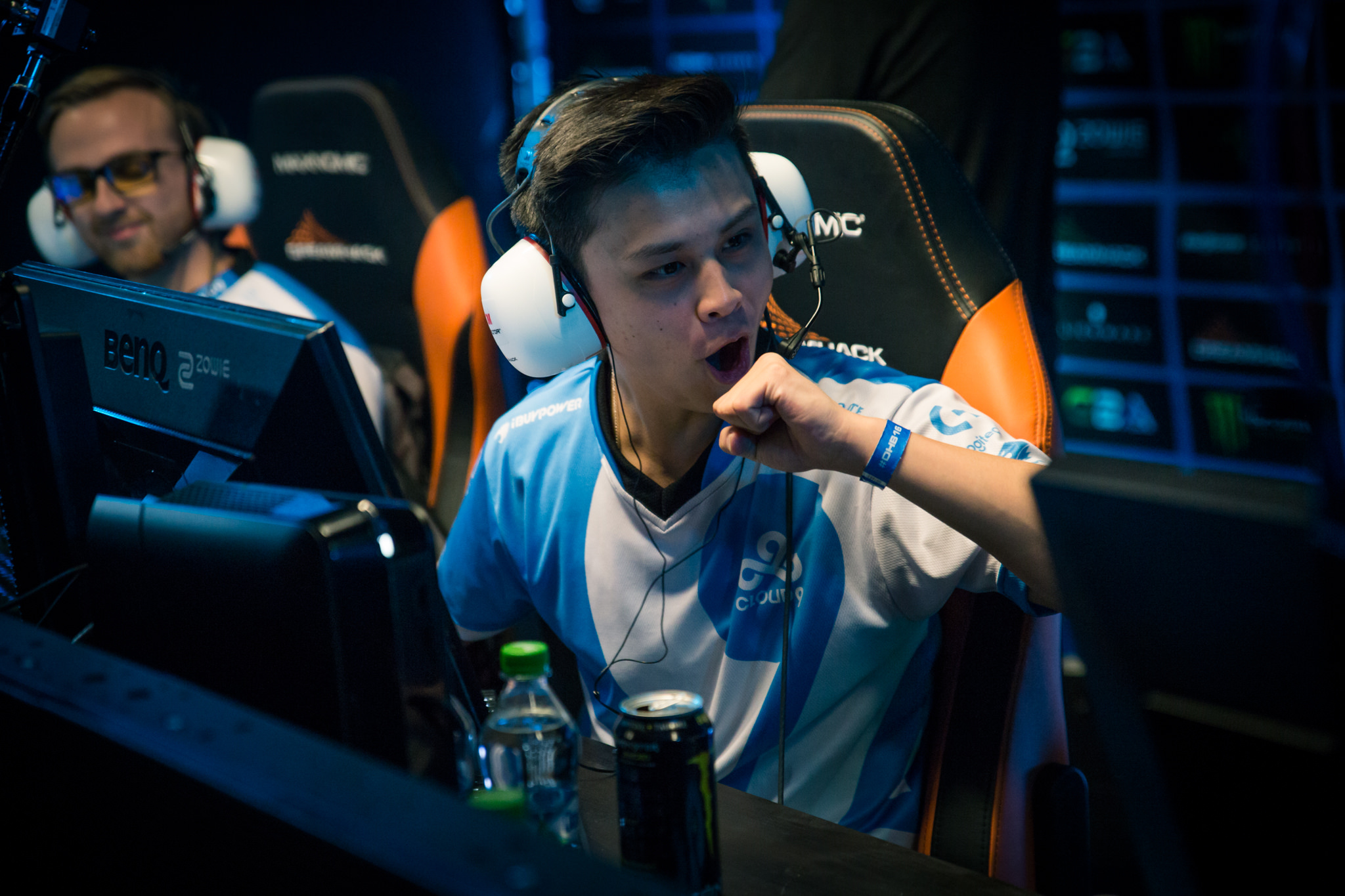 Jake “Stewie2k” Yip is one of the best players in North America, if not the best. In less than a year of professional play the young Cloud9 star has transformed a team that looked on the brink of becoming irrelevant outside of their borders into one which has won a $250,000 or more prize pool tournament, taking down ESL ProLeague S4 Finals, and beaten up domestic competition and all but the elite European teams.

Where Stewie2k was once notorious and disliked for his trash-talking and hyper-aggressive playing style, largely limited to FACEIT Pro League (FPL) games, now he is admired for his consistent level of play and leadership of one of NA’s most esteemed cores. Yet Stewie2k’s evolution seems to prompt some to track his trajectory too far and elevate him to the status of a potential . Everybody loves Stewie, but that has obscured some from taking in his weaknesses as well his obvious strengths.

Not quite an international star

Stewie2k’s rise, back when the team had fREAKAZOiD and Slemmy, saw him standing out as the best player in the team and delivering some impressive performances against the likes of Luminosity and the elite level European sides. This startling jump in performance saw many hail him as the best NA player and a potential superstar even at the international level. The reality of that Cloud9 lineup, though, was that they were far from a threat for top teams outside of North America. Stewie was the crutch propping them up from collapsing entirely, the kind of implosion which ends with a whimper like Echo Fox has displayed.

Since autimatic has joined Cloud9, for which Stewie must apparently be credited with playing a role in attracting and securing the former TSM player’s services, the star of the team has been autimatic and not Stewie. A Cloud9 where Stewie is the best player is a team which will struggle to win games against Europeans and not even qualify for majors, as was seen. Now that autimatic has arrived and become highly efficient within the C9 system, which Stewie created and orchestrates, Stewie has seen far less success against the top ranked sides.

In big series against the likes of Virtus.pro and NiP, Stewie ran into a brick wall and struggled. Against good but not great teams like FaZe and mouz, who should be considered peers of C9’s, Stewie had uneven showings, largely performing to simply a decent-to-good level. nV and IMT have been solid but not spectacular, yet the young C9 leader played stable against one in a win and a poor series against the other in a loss. Even in C9’s crowning moment – defeating SK to win EPL – Stewie was not the star or close to the best player in the series. To call Stewie an international star is to push the boat out too far and exaggerate his impact.

Stewie2k’s strength has been as a play-maker. In a bad C9 lineup that gave them some chance at winning T side rounds, which were at a huge premium under the rocky leadership of n0thing and Slemmy. In a good C9 lineup, Stewie has played more akin to apEX from EnVyUs: aggressive, relentless in forcing the action and facilitating his team’s Terrorist side play by being the one to make contact and force fights. This kind of role is not one suited for a superstar, typically, and in even good cases will see the entry man going even in many cases, perhaps doing good damage overall but opening the game up for and creating opportunities for his team-mates who follow-up to get the kills and the glory. In this role, Stewie has been a massive benefit to C9.

In a team in which apEX or Stewie2k are your best or second best player, your team is very likely to have difficulty beating top 8 ranked teams in Bo3 series. There’s too much inconsistency associated with such aggressive and forceful play when that player is also expected to get multiple kills and perhaps even close out a round entirely. Such players are there to create action, draw focus from the defense and feed kills to the more passive mid-round players. With autimatic this has seen success for C9, but they still lack for more fire-power. Put apEX or Stewie as the third best player in your team, in terms of kills required and damage done, and you have a formula for winning big events and consistently competing with the best in the world.

When I need you, I’ll call you

An issue with Stewie’s current role within C9 is that he is also required to be the captain and decide how the round will unfold. As such, he has called around his style of play and set himself up to trigger the action which then takes place. As good as this has been for himself and autimatic, who seem to have an understanding of how each needs to play and what they require of their team-mates to be successful, it has seen Shroud and Skadoodle struggling and looking out-of-place. n0thing has attempted to be the man filling in the gaps, but has not always been able to make up for the lack of raw fire-power coming out of the two players who were the stars of C9 when they went to three straight international finals in the Summer of 2015.

As a young player, it is admirable and impressive that Stewie has gotten C9 this far calling around his individual style of play and then implementing autimatic’s part within it successfully. There is a clear limitation to this approach, though, and such an early game role will be difficult for a team leader who also needs to get kills on the board, as it makes it tougher to manage the likes of Shroud and Skadoodle closely. Where Stewie knows what he wants to do and how to create a favourable situation for himself, those players appear to need specific instruction and for the picture to be painted for them, as it were, so they can understand how they will impact th round and where they are needed. Left to their own devices, we see they can be a non-factor and even, at times, an outright liability.

Stewie’s position within his team right now reminds me of shox’s in G2. Both are good players, of differing degrees of skill and success, who have taken over troubled teams, call around their own strengths and vision of the game, which are admittedly different as well, and have seen a respectable and unexpected level of success in light of the skill levels and weaknesses of their collective team units. When G2 are not getting a good performance out of RpK, then shox at ScreaM playing at anything under an elite level almost ensures G2 will lose. When C9 does not get a big performance out of Stewie and both Shroud and Skadoodle fail to show up, C9 are destined for defeat.

The problem both players face is that they are not deep strategical thinkers. Their style of calling is to set-up scenarios from which they can create plays. There is not the same level of intricate flow-chart that many top IGLs have, where the round can change as action unfolds and reads are made, with others aware of what they can change to stop a round running away in a negative direction or falling flat entirely. The best success for these kind of players typically comes when they are the secondary caller in a team, leaving the primary calling responsibility to someone who can focus upon the more supportive players and direct them, but with said primary caller leaving some room within the tactics for the secondary caller to make reads and decide some of the action, so that he still is put into situations from which he can individually work and be of high impact.

Stewie has not even finished his first year as a CS:GO professional. He can still develop his mental strength when facing top European teams. There is still room for growth as a leader, learning how to use his team-mates more effectively and yet still getting his own plays called, as it were. It may well be the case that in a year from now we will talk about Stewie2k as the impact player in a team which can go deep at a major, applauded for the ability to open the game up for his team-mates and see them generate the fire-power needed to go head-to-head with the best in the world. For now, he is a young man doing his best and whose inexperience both earns him praise for how much he has achieved in a short time and yet also shows in his inability to solve the difficult puzzle of turning C9 into a world beater.