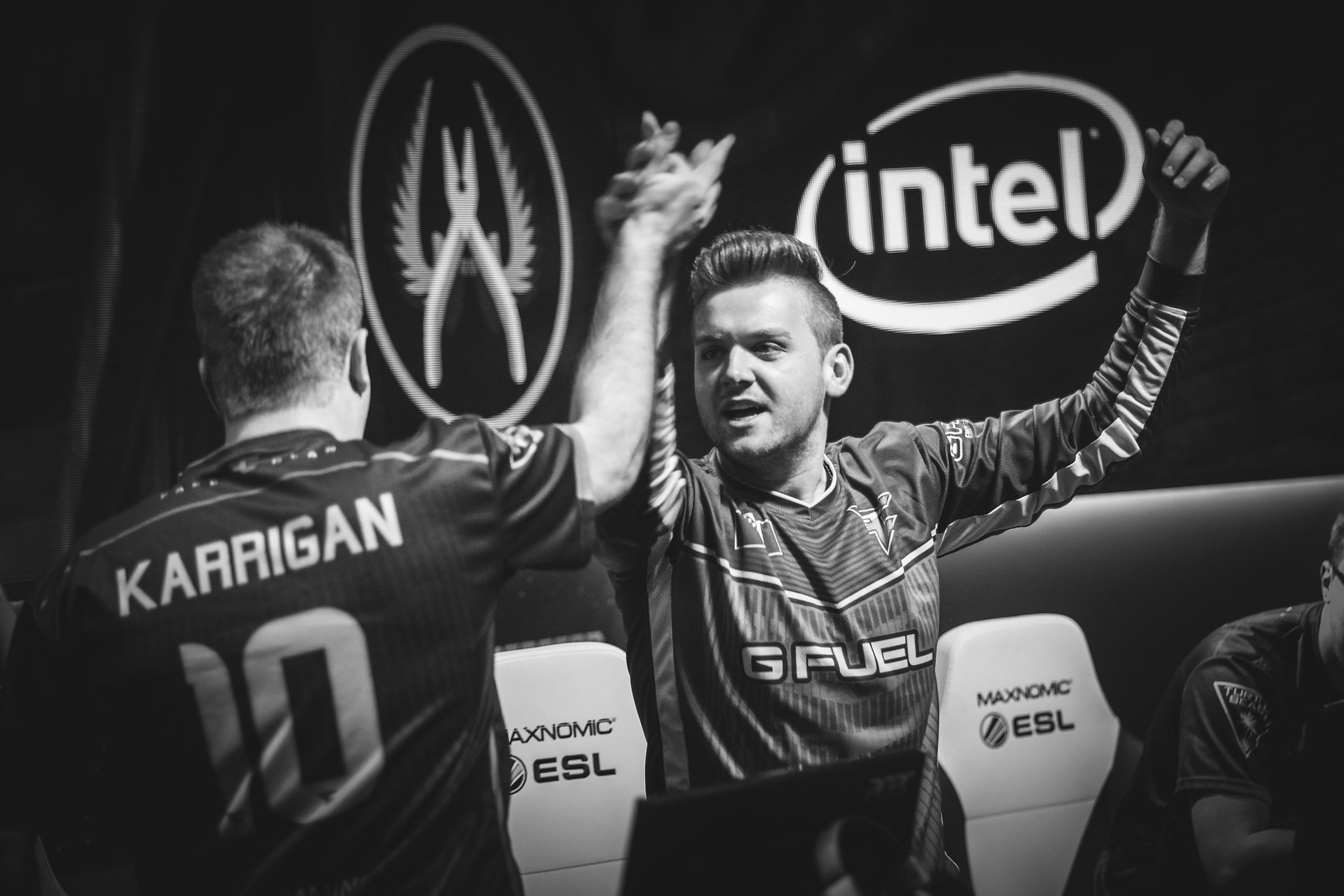 The stars of Counter-Strike: Global Offensive seemingly exist in isolation. We see their success through the artistry of individual plays, not through their operation in a system. But a team’s system and structure is intrinsically linked with a star’s individual talent.

There are rare cases of players transcending even the scope of a team’s system. More often than not, however, a highly successful team’s structure cannot exist without a star, and likewise, a highly successful star requires at least a serviceable system. The relationship of structure and star is best when it’s symbiotic.

With Nikola “NiKo” Kovačand and Håvard “rain” Nygaard both in-form, FaZe Clan currently boasts the most skilled and man-for-man talented roster a CS:GO mix-team has ever fielded. There’s no denying this. But as the dennis-led G2 Esports roster of late 2015 would tell you, talent alone is rarely enough to take a team over the line. That final push requires something special, something rarely found in sides whose defining characteristics are their firepower, cohesion, and play within a structure.

Related: The FaZe versus Astralis trilogy

The key to unlocking this FaZe roster and moving them past simply the “dangerous dark horse” role has been Finn “Karrigan” Andersen—or more specifically, Karrigan and the changes to the structure and roles he’s made since becoming the team’s in-game leader.

Karrigan has introduced a clear structure, and importantly, a balance of roles that allows the true superstars in his ranks to do what superstars do best: create disbelief. He has created a system that facilitates the suspension of disbelief in what his key players can actually do, both in and out of the game.

Although counter-intuitive, this structure of disbelief doesn’t actually begin with the superstars, namely Niko and Rain. The important element of the system, like we saw in StarLadder and IEM Sydney, is the supporting cast around them. Fabien “kioShiMa” Fiey, Aleksi “allu” Jalli, and Karrigan all play integral roles in setting up Rain and Niko to make mind-boggling plays. Without them playing their roles at a high level, it’s hard to see the two stars maintain their carrying consistency tournament-to-tournament.

Allu, as the primary AWPer, fills a role that traditionally takes up the most space and resources on the map. The economic investment and low-kill return of the AWP instantly makes it worth protecting. On FaZe, however, Allu functions much closer to the role of a volatile third star, often hunting for duels and holding aggressive angles on both sides of the map.

This can easily be pinned to Allu’s infamous confidence in straight-up duels. But it is also a function of just how hard it is to break FaZe’s economy.

In the current meta, the state of pistols and the UMP can justify buys on disgustingly low amounts of money. To a team like FaZe, who boast some of the best pistol players in the world, this justifies economic risks. At IEM Sydney, Allu had one of his poorest showings to date, consistently losing peeks into Astralis and SK Gaming. The economic loss associated with the AWPer playing poorly, however, wasn’t felt as much as it should’ve been. This is because in the next rounds, it’s just as easy for FaZe to buy a few CZ’s and a couple of Deagles; which, at the very least, inflict large economic damage or secure a bomb plant.

Related: The Astralis Curse: All of the world leader’s former rivals now flounder

Punishing Allu’s volatile AWPing style is even harder when you consider his proficiency and willingness to just plug-and-play positions with the UMP. The fact that he has more UMP kills than M4 kills in the last three months on LAN attests to that.

Allu’s role as a third star is perfect for finding openings early in the odd round. These openings are easy for FaZe to snowball momentum from. As such, he is a perpetual threat for lesser AWPers to face, even if he struggles mightily at times against superior snipers.

Kioshima acts in total contrast to Allu stylistically, yet in terms of roles, equally supports the stars. Kioshima may be the most important player outside of Karrigan in making FaZe actually function as a team. Kioshima is found across every map taking up the leftover, unglamorous roles. Often anchoring sites for his more flashy teammates to make impact rotations, he has a mentality that centers entirely on the team dynamic.

This is especially effective when you consider that Kioshima was at one point considered to be a potential Rain or Niko type player. On Clan-Mystik in 2013/14, he was playing at a very high level that saw him consistently carry the third-best French team to qualify for international tournaments. He had all the space on the map to make the risky plays he wanted. Given his form at the time, he would often come out on the other side of the risk successful. Over time, however, he started to play in the company of more skilled players, like shox and Happy. As his form started to wane, and the talent around him increased, he took up an increasingly more supportive role.

Kioshima knows what it’s like to be the one to carry a team to victory. He understands the star mentality and pressure, and adjusts his playstyle and attitude accordingly.

Allu and Kioshima’s play is integral to the structure and roles that Karrigan has put in place. Without them playing in the very specific manner they do, neither Rain or Niko would put up the big performances as consistently as we see them today.

Both the Finnish sniper and French support can also carry the game if need. In the StarLadder finals against Astralis, we saw Kioshima put up massive scorelines, seemingly pulled straight from the Clan-Mystik days. His sudden impact, combined with the expectantly strong showings from his star teammates, pushed FaZe over the line to win in a very close best-of-three.

All the support in the world would be for naught if the actual stars couldn’t put up big performances. Fortunately for Karrigan, FaZe, and fans of beautiful Counter-Strike, Niko and Rain deliver.

Rain has stripped away all the fat from his game. He plays fundamentally sound, movement-and-aim-focused rifling that will clinically open up sites and set up kills for informational plays. Seemingly unaffected by pressure, Rain can tap into a deeper layer of calm aggressiveness that will catch even the most expecting enemies off-guard. But, this slimmed-down aggression can sometimes be exposed by more talented aimers and intelligent readers of the game. We saw great minds and equally (if not greater) skilled players in FalleN and company do this in the finals of IEM Sydney.

All four members on the team, however, clearly exist in orbit around a single young Bosnian.

Niko has by far the most space on the team—but not in a way that seems he demanded it, as much as he fought with every one-tap and multi-man spraydown to earn it. Seen entering sites early, lurking around the map, secondary AWPing, playing close with pistols, and holding a variety of traditionally “difficult” and “easy” positions, Niko is FaZe’s superstar, and for good reason.

He finds wiggle room in impossible positions, directing the flow of the game as if he plays for both teams. When in peak form, he creates disbelief out of his most avid worshipers. In Karrigan’s system, Niko warps the very reality of Counter-Strike. He makes enemies regress to passivity out of fear and peek out of anxiety. His highlight clips and romanticized pedigree precedes his own play in many senses. Niko brings an aura that forces enemies to react differently, and Karrigan’s structure lends itself to this suspension of disbelief.

But, this system heavily relies on the individuals fulfilling their roles. Although leaning on each other, in some sense, creates a great team dynamic, it can also create a house of cards. Inconsistency in individual players will likely be the inevitable downfall of the side. This is something that can be amplified if Karrigan looks to revert to a more tactic-based style—a potential change that can truly fail if he doesn’t rebalance the system accordingly.

In the moment following their win over Astralis at both StarLadder and IEM Sydney, FaZe’s structure is worth admiring—and so are the people behind it. The curious part will now be to see how this structure evolves to deal with their clear troubles against SK Gaming—or more specifically, whether they will be able to keep up with CS:GO’s fast-paced and cutthroat meta. That’s something that could be a problem for FaZe given the large amount of time between LAN events.