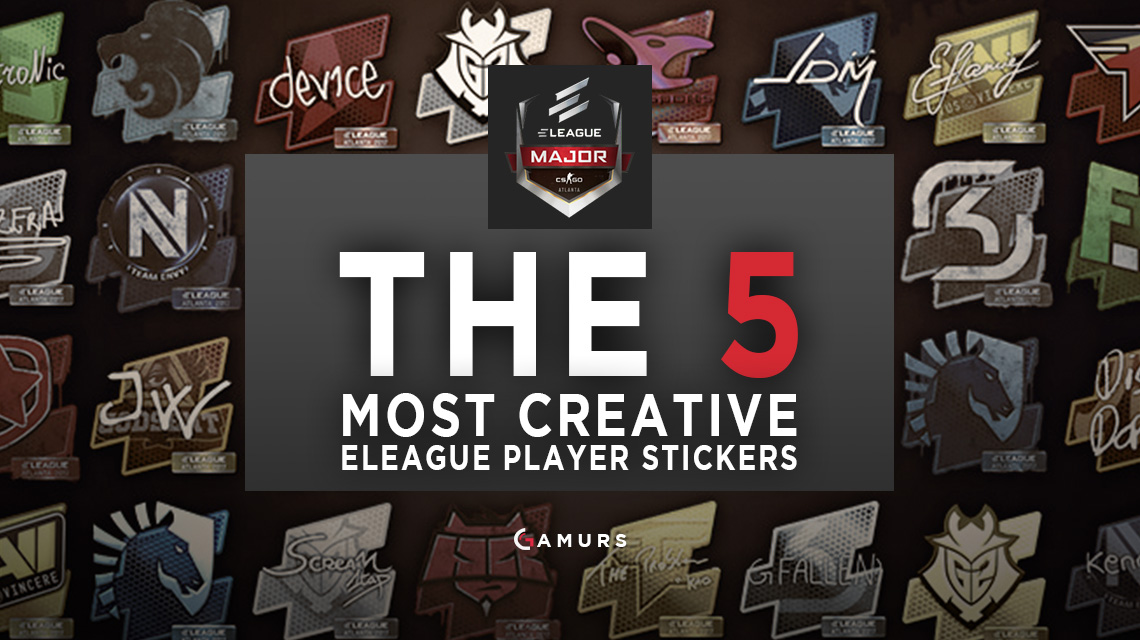 Below is a list of the most creative player autograph stickers amongst the 80 professional players competing in the ELEAGUE Major. I chose these five because they are the five that stood out the most to me while I was scrolling through the player autographs. I sifted through all of the player autographs twice to make sure I knew which five I wanted. The Steam market prices for each of the (traditional) stickers, at the time of this article being written, is also displayed. In-game screenshots of the stickers are also shown for your viewing pleasure.

Note: These stickers are in no particular order of intrinsic/extrinsic value.

Hobbit’s sticker features a subtle reference to Lord of the Rings with a “hobbit hole” as the “o” in his name. It was particularly difficult to notice at first glance.

Karasov’s sticker has a halo above the “G” in his name, which works perfectly with his in-game alias, “ANGEL.”

Karrigan implies that he’ll be carrying FaZe to the grand final with his carefully placed “C” and “y” in his name, thus “Carrygan.”

Zeus’s sticker has got to be the most creative of any of the players because of the added lightning bolt going through his name. Could “Volodya” be the “god” Gambit needs to win?

What do you think of these player autograph stickers? Tell us your thoughts below or with a tweet @GAMURScom.