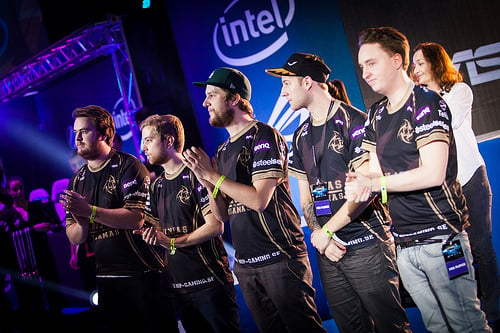 The point of this article is not to pick the obvious favorite, and then list out all the reasons why everyone expects them to hoist the trophy on Sunday a week from now. No, instead I have picked a team that I do not believe many expect to seriously contend for the title, but who actually has a realistic chance to win it all. In this article I will explain why I believe so, and make the case for NiP to repeat their championship from two years ago. To put all cards on the table, I will admit I would have picked Astralis instead, had Kjaerbye been allowed to play for his new team – but that is not the case, as we all know.

While a legitimate contender for the title will be knocked out in group D – as one of SK, Fnatic and G2 will be sent home to return as Challengers next time around – and the likes of Virtus.pro and EnVyUs will need to show up in groups to see the playoffs, NiP face no such pressure. The Ninjas have always been lucky, to say the least, in the groups draws at the major – and ESL One Cologne 2016 proved no different. While OpTic put up close games versus NiP at ELEAGUE and FlipSid3 have seemingly improved after exchanging bondik for wayLander, GeT_RiGhT’s team should face no issues in the group stage.

Making top eight is helpful in its own right – as an easy group helps NiP avoid a minefield in the group stage – but due to how the group are structured, there is a 67% chance that NiP will be entering the quarter-finals as favorites. Playing either team from group D would force threat’s captained team to oust a real contender, but otherwise they will likely face one of EnVyUs, Virtus.pro or a Kjaerbye-less Astralis for a semi-finals spot. If you are happy with the odds, it does seem very likely you might be able to pencil NiP in for another semi-finals run. And when considering the odds of a team to win the championship as an underdog, a big part of that equation is how many wins they need from that position – and for NiP that number could be as little as one or two. Very much conceivable, as far as I am concerned.

Opponents’ issues leading into the major

Na`Vi’s confidence seems shaken from the consistent grand final losses, and the team carried by GuardiaN has not seen much tournament action recently. It is possible their form could have slipped, and this Na`Vi team of summer 2016 might not be akin to those that made the grand final of both DreamHack Open Cluj-Napoca and MLG Columbus – the previous two majors. Plus, some might play NiP’s win over Na`Vi at DreamHack Masters Malmo here, though that came against an injured GuardiaN, whose play definitely affected the outcome at an event that was, to begin with, more important to NiP. Finally, seized had issues with his visa and flamie has been sick recently, which could have very minor effects as well.

fnatic finally suffered a real tournament loss at ECS Season 1 Finals in London, and no longer seem unbeatable – we still are not sure whether olofmeister is going to be back in 100% form, or if he could still be suffering from a lingering injury, only one that allows him to play. The Swedes will be ready to play, but at this level the smallest mistake can cost you an entire tournament – especially when you already face three top level teams in the group stage. In a potential match-up NiP are not favored by any stretch of the imagination, but it also would not be shocking if they beat their fellow countrymen… Who, again could even face elimination in the group stage. God bless Valve’s random group generator system.

SK, formerly known as Luminosity, come to Cologne off of a disappointing grand final loss to G2, and lengthy organizational struggles that saw them first sign contracts with SK, attempt to back out of them, and then seemingly end up happily in the German organization. Minor things matter at this level, and it is hard to imagine the Brazilians led by FalleN were excited to have all of this hassle show up on the doorsteps of their chance to defend the title they won at MLG Columbus back in April. SK also now possess a potential map disadvantage with ailing cobblestone in their map pool, though NiP’s best map cache being an auto-veto hurts NiP. But as with fnatic, SK will have to already exert energy in getting out of their group.

Astralis are missing Kjaerbye, and neither Virtus.pro nor EnVyUs have looked to be in the kind of form that they should be considered a legitimate threat to win Cologne. In fact, despite G2 knocking NiP out at SSE Arena Wembley in London, I even like that match-up for the Ninjas – threat must have spent time watching those games, and they will have adjusted – whereas it is unclear how many more aces shox and company will have up their sleeves, when their shots stop landing – if they do, at all. The lax schedule of ESL One Cologne favors tactical teams in my opinion, and that will play right into NiP’s hands – over this entire groups, perhaps excluding Astralis, but who should be a level below to begin with, as long as gla1ve is forced to stand-in.

The addition of nuke helps NiP the most

While a number of teams have started practicing nuke, and the likes of G2 and SK have looked competent on it, no one lost more when the map’s previous iteration was removed from the map pool than NiP. It used to be a go-to map for NiP ever since CS:GO came out in 2012, and a map few opponents even wanted to challenge them on. As such, I would be shocked if the Ninjas had not put in tons of work on the map, which replaced inferno – a tactical map that NiP had not recorded any wins on this year, having only lost games to G2, fnatic and Astralis. Being able to have the advantage in the map veto process can go a long way towards a major victory – as we saw with NiP dominating cobblestone in 2014.

If teams with an automated veto do not feel comfortable facing NiP on nuke, most of the control instantly shifts over to threat, who can game plan for the series much more effectively – of course assuming Xizt and company do not torpedo the veto process, à la the infamous EMS One Katowice grand final. The random map generator hurts, and for a tactical team known to prepare specifically for their opponents, it is a net-negative – no doubt about it. But it also makes it more risky for teams to leave nuke in the map pool. If the pyth-era NiP can be a dominant nuke team, it now gives NiP two maps in the pool that other teams should, by all accounts, be afraid of. For example, it would mean that NiP can force Na`Vi and SK to play them on nuke, if cache remains their veto. Make no mistake, the shift from inferno to nuke largely benefits the Ninjas.

The chip on NiP’s shoulder

In general players become immune to the community’s criticism, because it is the only way to live. The amount of abuse on the internet is simply not healthy to take in, and frankly, none of it should matter one bit. But if you think GeT_RiGhT is not bothered by the fact he himself feels he is not performing as he should, you have never met the guy. The Swedes’ first international title since ESL One Cologne, namely DreamHack Masters Malmo, has an asterisk next to it. For the contenders it was a cool-down event too soon after MLG Columbus, with fnatic notably missing altogether, whereas for NiP – who had to play at MLG with threat, due to pyth’s visa issues – it was the SuperBowl. NiP are champions in 2016, but it is not comparable to a major.

The current NiP lineup is a top five team in the world, no question about it. And with all of their players getting older, there are questions around the team’s longevity moving forward. But as of right now, they remain contenders for events and they must realize that will not be the case forever. You have to go all-in when you are up there and have a realistic chance, and judging by recent tweets, they are doing just that. And by the way, I can guarantee you they are also sick of hearing all this talk, and what better way to shut up everyone than win a major? It is not what the bookies are predicting, but I believe they have a real chance. Plus, some do believe in magic…