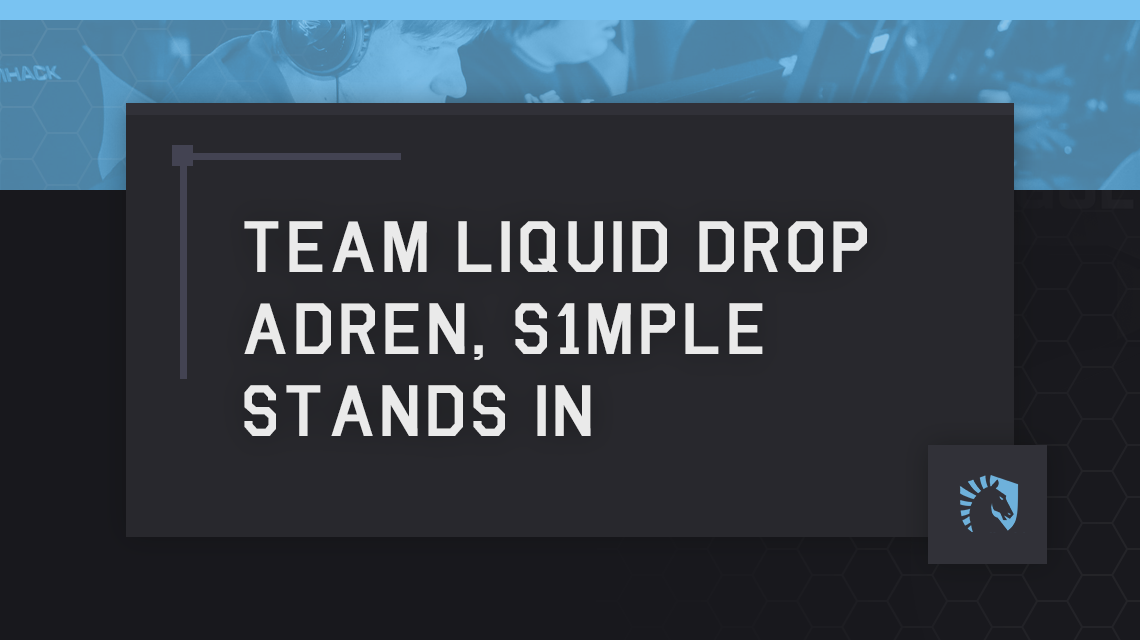 Team Liquid has released Eric “adreN” Hoag from his contract and temporarily taking his place until a new replacement is the young talent, Aleksandr “s1mple” Kostyliev, who will play in the ECS Season 1 Finals and the ESL One Cologne Major, the organization announced Monday via Facebook.

This is not s1mple’s first appearance playing for Team Liquid as he joined the team back in January this year. When joining the team he took adreN’s spot on the starting roster, and later was moved to designated stand-in in for Kenneth “koosta” Suen. After being apart of the team for three months he decided to depart and go home to his homeland of Ukraine. He left due to homesickness for he left behind his family, friends and girlfriend when he moved to the United States.

After the news struck that s1mple will once be playing again for the team, he cleared the air saying he will only be playing for the two tourneys and that is all. This is due to an official statement made in the announcement. The team stated “we are happy to say that we have signed a new rifler to the team. However, we are not ready to announce our new recruit at this time.”

Its my last 2 tournaments for Liquid : ECS and ESL Cologne
Thats all.

In recent events Team Liquid has not shown a strong showing, from taking 5th-6th at the ESL Pro League Season 3: Finals to placing 4th in Group A of ELEAGUE without seeing one win. A few months ago when s1mple was on the starting roster the team took home 3rd-4th at the MLG Major Championship: Columbus.

Photo via HLTV.org (All Rights Reserved)

Do you believe the team will be better off with s1mple or will they be worse off? Let us know in the comments and make sure to follow us on Twitter, @GAMURScom, for live coverage and other esports content.