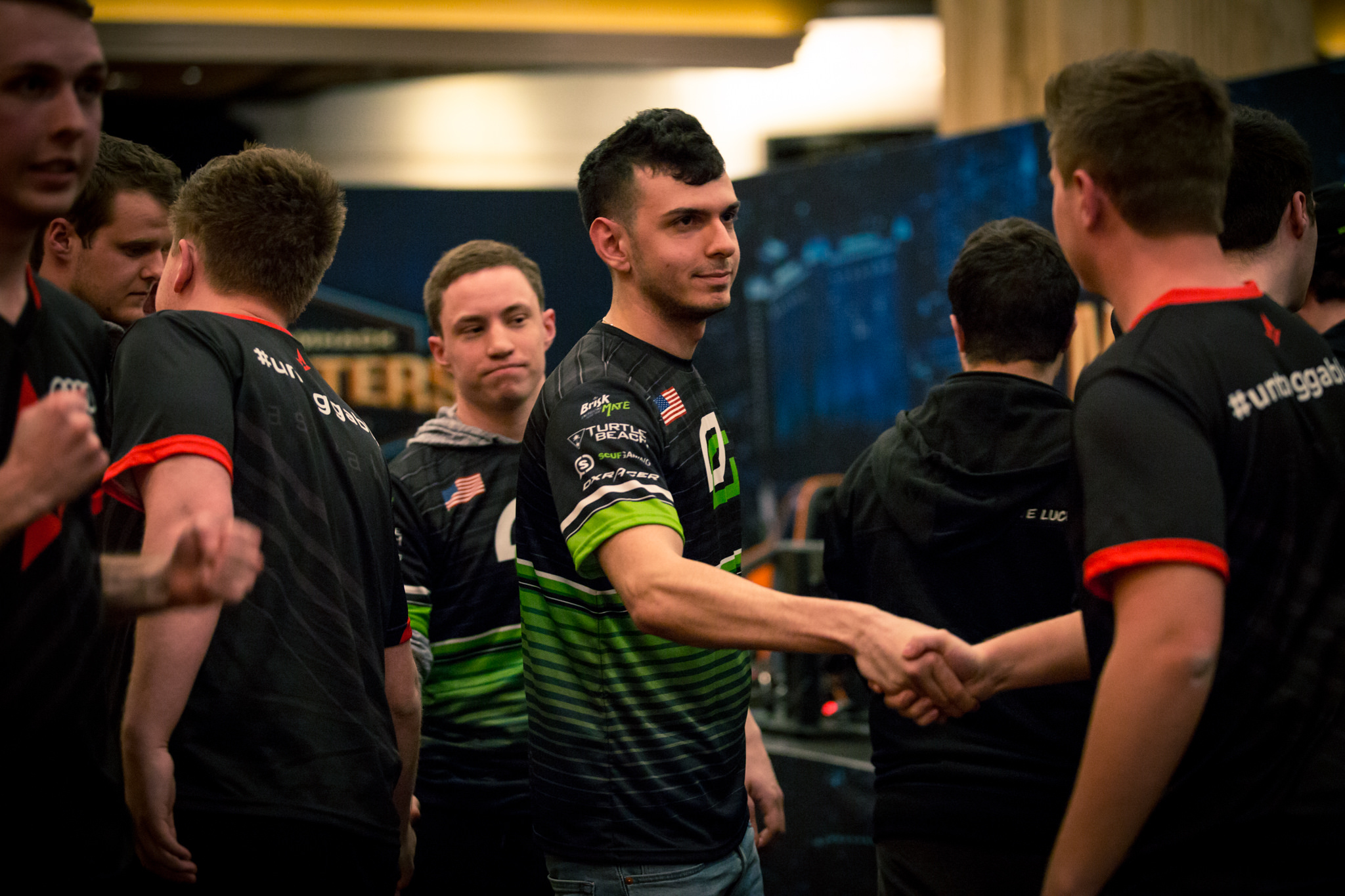 IEM Sydney marked a back-to-back top-four finish for OpTic Gaming. But these results hardly paint the real story of the team. Since the departure of respected in-game leader stanislaw, OpTic have struggled to find a solid fifth player, let alone leader, to fill out their ranks.

In Sydney, CLG veteran hazed stepped in and took up the IGL role, replacing JasonR. OpTic struggled to find momentum against SK Gaming in the semifinals but had decent showings against the lower-tiered competition in the group.

Dot Esports spoke to Tarik about the leadership situation, what to expect from OpTic moving forward, and their up-and-down map pool.

How effective has hazed been as a leader for this event? Can you see him transitioning to that coaching role moving forwards?

He came into a rough situation for sure. He had really not practiced with us at all prior to this tournament. I think we had four days total since summit, and I would say you had to give him credit for how well he did, especially given that he had no time to work with us in scrims or in practice. The transition is hard, especially if you’re an in-game leader filling in, so kudos to him for that. Apart from that, I know for sure that we want to keep him us at least a coach. As for whether we want to keep him as a fifth, or what we are going to do with our fifth, is still up in the air right now.

Was it hard at all dealing with hazed as the authority figure in the team given your time with him in CLG? Was there any sort of mental hurdle you had to overcome or was that not a luxury you could have given the space of time?

Not really, as you said I knew James from CLG obviously, so I had an idea of what he would bring to the team. Outside of the game, I feel like he has already helped as a lot. He coached us up until summit with Jason so he had a pretty big impact, not only on our strategy and structure in our team, but also, out of game he helps boost the environment, and helps keep everyone somewhat happy. That kind of thing. So I think there’s very good things coming from him as a coach, and I think everyone is optimistic about that.

As a coach is he more focussed on the in-game macro play, or is his job more concerned with like that out of game relationship management that you mentioned before?

I would say he is sort of doing both, he is not only doing inside of game, but also outside of game. I think inside of game is his biggest priority, but outside of game for our team especially he is really important, just to make sure everyone has a good attitude and no one stays complacent. Inside of game he has helped us out with a lot of structure, Jason isn’t originally an IGL, he sort of picked up the role because he had to, which is why bringing in a coach was mandatory for us to have someone for the IGL to work with. So James has been really helpful in that aspect.

What was it like bringing Jason into the team? How did the process of reaching out and choosing him in particular come about?

It’s been a hard, hard time finding that fifth and just that IGL role is something that is really hard to find in NA in general. There’s just a very small amount of IGL’s. So, it’s a hard task. Jason was one of those people we thought who had skill and was willing to be the IGL so we figured, why not give him a shot. And things sort of clicked. We didn’t do bad at summit, we got third place, so we are sort of just going with the flow with him, but like I said, everything is still up in the air with what we want to do with him.

There’s been some discussion of someone like RUSH taking up the role, but not in a very strategic and tactical sense, rather acting as more of an emotional guide and mediator. Is there any truth or chance of that happening from the team’s perspective?

Yeah, I don’t think that’s out of the question, it just comes down to that person being willing to do it. We have considered that, having the option of one of us being the in-game leader, and it is still an option, like I said, we don’t know exactly what we want to do or the path we want to take, we’re just sort of trying out our options, and we need to make sure to do it as soon as possible, because you know, there’s tournaments, there’s matches all the time. We just got to make sure we’re ready when those matches do come.

Although it doesn’t feel like it, you are the newest member of the side team and have had to bear the brunt of these leadership troubles. How have these changes affected your individual game? From your perspective how hard is it to adapt, if at all?

It’s definitely hard, but you can’t make excuses, you just gotta play your game and do your best with what you have. It’s not easy going from one in-game leader to another, but I think that James did a good job trying to adapt to our playstyle, as well as Jason. Especially with trying to keep it the way we had it before, the way it was working for us. But it’s always going to be hard because we don’t have a set five that we can always practice with and rely on. So it’s just been back and forth with what we do.

So as a team have you guys been more focussed on getting Jason and hazed to adapt to the style stanislaw had, or have you let them come into the team and shape the side around how they see the game should be played?

We are open to them bringing their playstyle into our team as well, but we also want to keep our playstyle that works and has been something that we’ve continued to use. We don’t have to stick to the same playstyle. It’s not good to necessarily have the same playstyle because of meta changes, and you want to adapt to what works, and what is working for everyone else. So, I think they’re not only trying to use our old playstyle, but also bring in their new ideas at the same time.

In the team’s eyes, what was that playstyle? What were the key factors that created that ‘golden age’ of OpTic at the end of last year?

I’d say stan, he was a smart IGL, and he had good ideas for us. But I want to give everyone on the team credit. Everyone on the team contributed to what we did and how we played, it’s not just necessarily one person on the team calling I feel like, on any give round, any of us could make a call. I know that I’ll step in, NAF will step in, or rush or oskar will have an idea. So everyone is sort of contributing to the strats and what we are doing mid-round, it’s not just one person doing it. We just need that one person to have that title and to have the final say, and also it’s the pressure of being the IGL and knowing that you have to make the call.

In the groupstage you had some good showings, especially with that double AWP set-up on CT side Train. What did the team learn in the moments of success OpTic did actually have?

I think it showed hope for us at least that we still have something to fight for and we still have a chance of making it. We were really confident. We felt like we would have a better performance against SK, I personally thought that we would do a lot better, but unfortunately it didn’t end up going that way. All we can do know is learn from this and try to go home and see what happened.

What is OpTic’s mentality going forward over the next few months, especially given the large amount of international LAN opportunities coming up?

I think the most important thing for us right now is to solidify our fifth and to make sure our roster is just there and to be practicing and grinding really hard. The biggest thing is just finding that fifth player, because right now it’s hard to play when you don’t know what’s going on, or what’s going on with the exact situation in team. So everyone’s motivation isn’t in the right place and so once we find that fifth I think everything will come around.