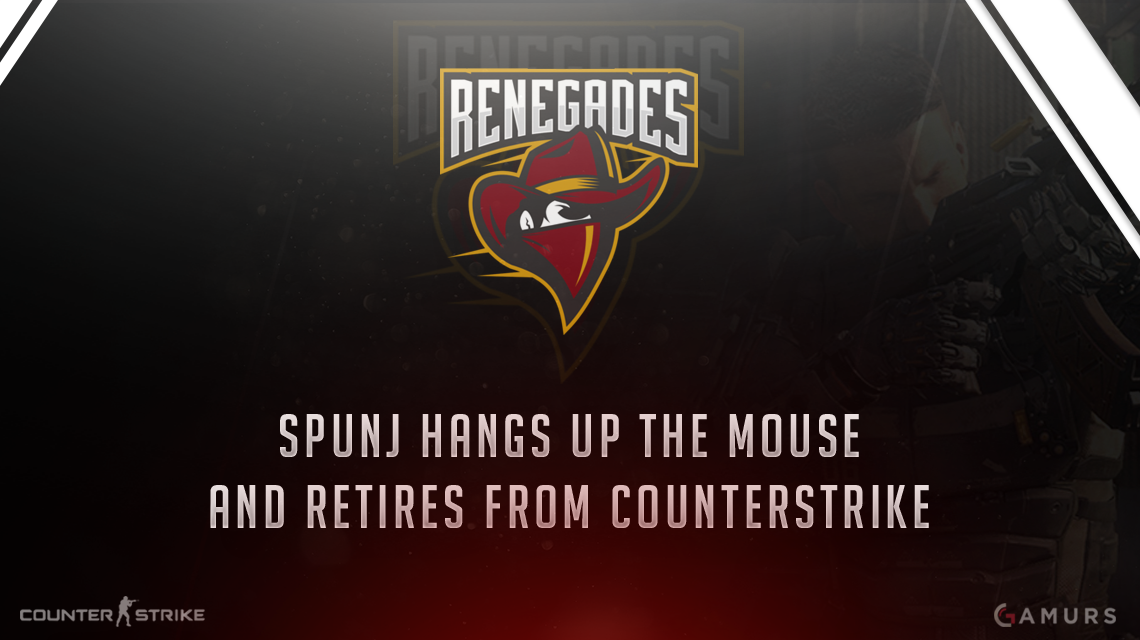 Chad “SPUNJ” Burchill, the team captain of Renegades, has announced via Twitter on Friday that he’s hanging up the mouse and retiring from professional Counter Strike: Global Offensive.

I have decided to hang up the mouse and retire from professional CSGO! Big thank you to everyone who (cont) https://t.co/UhNwv7R6Qy

SPUNJ was with the team for about a year, he joined back in June of 2015 when the organization signed Vox Eminor roster. As the team’s captain, SPUNJ, has led his team to place 2nd at  Intel Extreme Masters Taipei, 2nd place in the Asian Minor Championship Cologne 2016 and 9-12th place in the only major the team has attended which is ESL One: Cologne 2015.

The organization’s manager, Chris “GoMeZ” Orfanellis, stated that the team had a new owner ready to pull the trigger and buy them. Once these plans fell through, the players weren’t feeling the best and chose to go back home to Australia to think about plans. This may have contributed to SPUNJ’s decision to retire.

“Concerning my future, I don’t know where it will take me but I do know I will endeavor to stay in the esports industry,” SPUNJ said in a TwitLonger post.

Where do you think SPUNJ will go from here? Let us know in the comments and make sure to follow us on Twitter, @GAMURScom, for live coverage and other esports content.