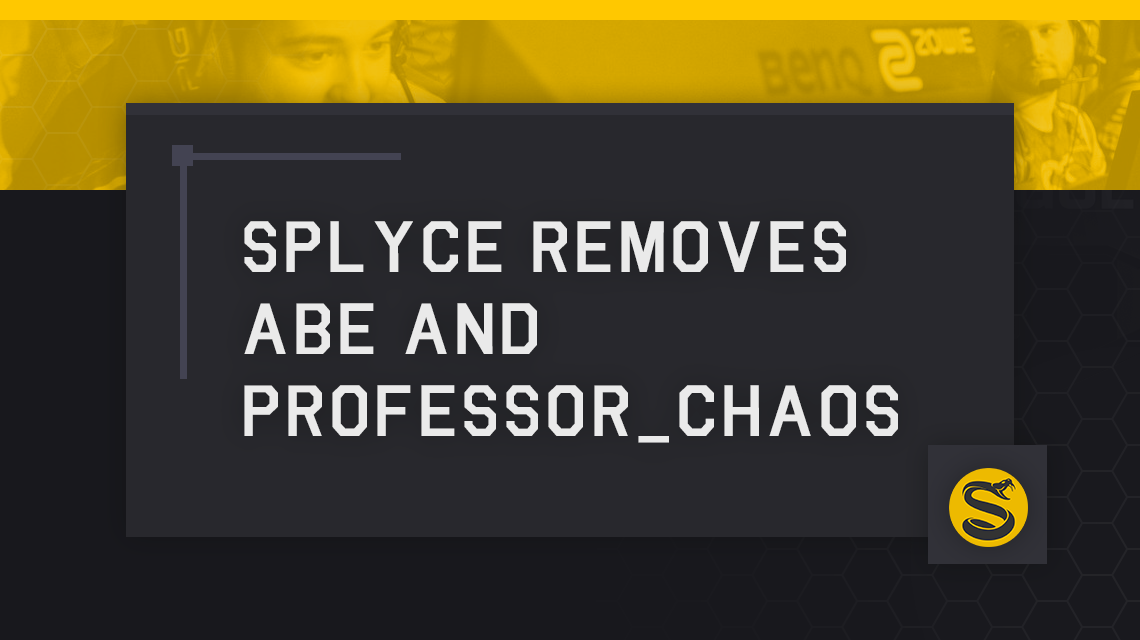 On Saturday, the organizationSplyce announced that they have removed Abraham “abE”Fazli and Andrew “Professor_Chaos” Heintz from theirCounter-Strike: Global Offensive team.

Splyce recently have beenstruggling with tournaments and qualifiers, mostnotably placing top-14 at the ESL One: Cologne qualifier,ultimately not qualifying for the major. The team also took lastplace in their two most recent tournaments, DreamHack Austin andCEVO Gfinity Pro-League Season 9 finals.

The organization statedon their website that the roster was at a hault, and was notgoing anywhere, so roster changes had to be done.

“We appreciate their hardwork and fiercely competitive nature, and we are grateful to themfor playing a key role in the foundation of the SplyceCS:GO team. We have enjoyed our time working withthem and wish them the best in their careers movingforward.”

The official press release wenton to describe their hopes for the future of this organization’sCS:GO team.

“Despite our Cinderella run tothe first North American major, the team agreed that the existinglineup hit a glass ceiling, keeping us from reaching the next tierof success in CS:GO. The roster openings will allow us to try outpotential players for the fall season”

The organization has yet to hintat any players they are looking at. Due to these two drops, theteam will be looking for a new support player andlurker.

Photo via HLTV.org (All RightsReserved)

Who do you think Splyce will pick up? Let us know in thecomments and make sure to follow us on Twitter, @GAMURScom, for live coverageand other esports content.