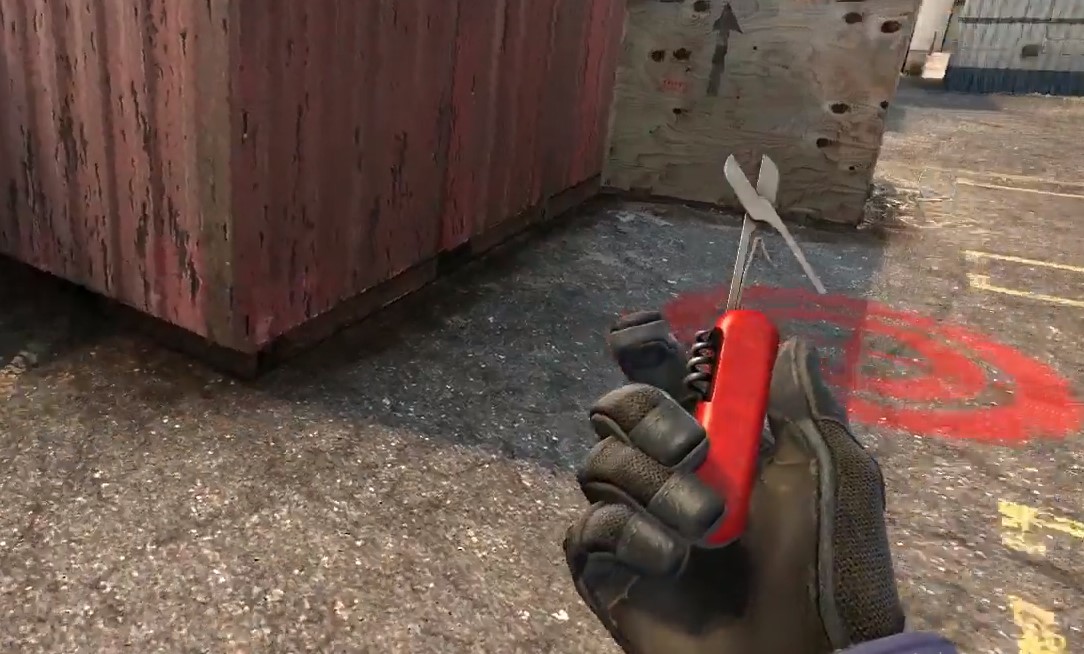 Following the release of the Classic Knife in CS:GO on Oct. 18, fans are calling for a Swiss Army knife to be introduced to the game next.

A Reddit user posted a petition for a new Swiss Army knife yesterday. An image depicting a player model holding a small Swiss Army knife with a red body and a pair of scissors extending out of the top was also attached to the petition.

CS:GO fans have suggested that the knife should randomly extend a different tool, such as a screwdriver or nail file, upon selection.

Today, another Reddit user showed off the sleek red design in-game. The user was able to inspect the knife, deal damage, and it was given its own animation that looked similar to the M9 Bayonet. But the scissors were the only tool available.

There have been plenty of strange CS:GO knife designs in the past. In 2015, a plastic knife was created by someone in the community. The knife was pulled out from a box of plastic cutlery and featured its own animations.

Since Valve has introduced a new knife this month, fans will most likely have to wait several months until the next case becomes available.