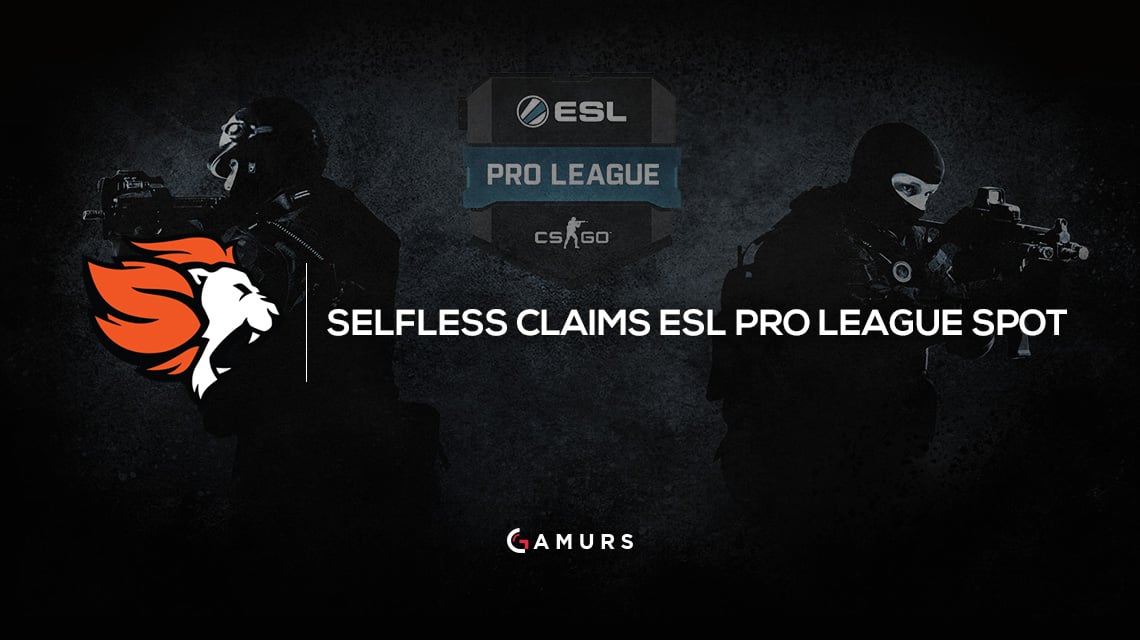 After ESL stripped Echo Fox of their ESL Pro League spot earlier Thursday, Splyce and Selfless Gaming were chosen to go head-to-head in a best-of-3 series to decide the replacement team in the fifth season of EPL.

The first game took place on Cobblestone, Splyce’s map pick. Splyce started a little bit slow, trailing at halftime – 10-5 on the Counter-Terrorists side – but in the second half, they were able to come back and even take the lead late in the game. Despite that, Selfless was able to steal away the game behind the power of Jake “kaboose” MacDonald, who finished 29-18.

Next game went to Selfless’s map pick of Mirage. Immediately out of the gates, Splyce jumped out to a lead and they did not look back. Especially in the second half as Terrorists, Splyce dominated and won the map 16-6 and was able to force a final game on Cache to decide a winner.

In the last map, technical difficulties plagued the server, delaying the game several times. Despite the sudden stoppages, Selfless was able to take control of the first half as Terrorists. Shortly after another technical delay at the beginning of the second half, Splyce responded in a strong way, quickly taking several rounds in a row to close the gap in score to 11-9. Even with the momentum and the economy, Splyce was unable to hold off Selfless’s pistol rounds in the late part of the second half, leading to their loss and Selfless’s ESL Pro League qualification. The final score was 16-11.

Now that Selfless has entered the league, the EPL field is complete for North America:

What did you think of this match? Let us know in the comments below or on Twitter @GAMURScom.