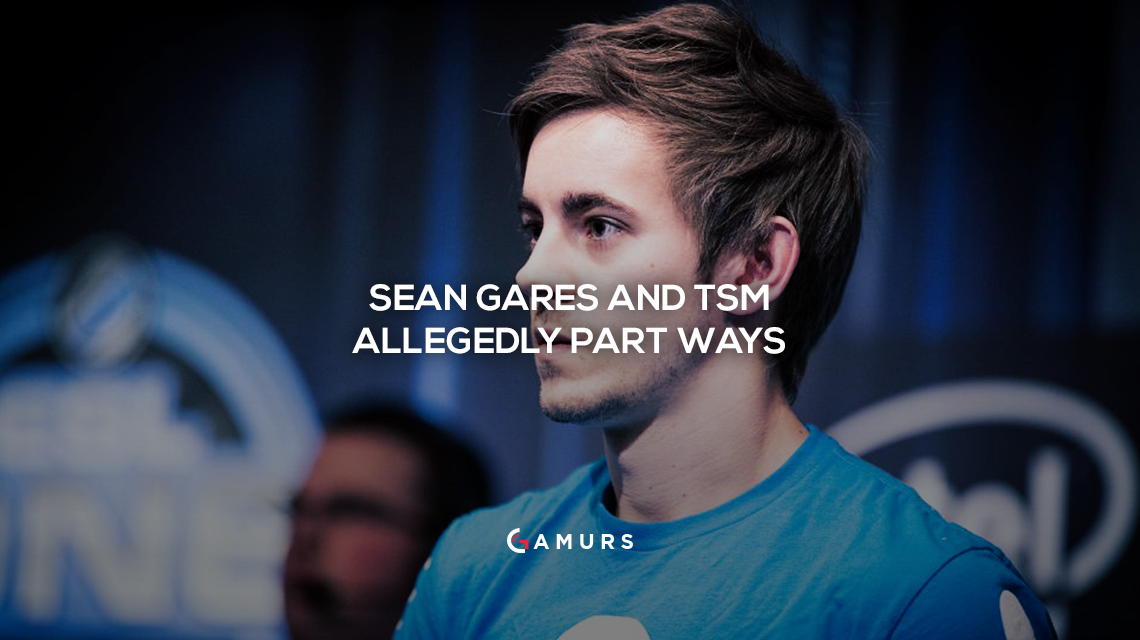 After playing under Team SoloMid for one week, Sean “[email protected]” Gares has reportedly been released, due to his involvement in the open letter to the Professional Esports Association (PEA).

.@TSMReginald has told me that TSM is going to replace me due to my connection to the #playersrights letter.https://t.co/Lee3QzDos7

Yesterday, 25 North American players on teams that are a part of the PEA released an open letter. The group selected Scott “SirScoots” Smith as their representative. In this letter, which was released by SirScoots, the players declared their right to choose which leagues and tournaments they play in. They also debunked the notion that the PEA was a player-focused organization and had the players’ best interests at heart.

Andy “Reginald” Dinh had a problem with this and contacted Sean Gares. It is unknown at this time why Sean Gares was contacted specifically or whether the rest of TSM was also contacted. Perhaps, this was because he had just joined the team or because he has been a voice for the scene in the past. Maybe, Reginald knows something the rest of the community doesn’t.

The open letter was written not by SirScoots, but in the perspective of a player or players. This would be the most likely explanation because other players have not spoken out about similar reprecussions and that it would be illogical to fire every one of the 25 players. Therefore, there could have been something that Sean Gares had done or said that is not public knowledge which angered Reginald.

In the letter, Reginald seemed concerned that the open letter tarnished TSM’s brand. He was also unhappy that Sean Gares did not contact him before the letter was sent out. Reginald would appear to be speaking about the letter in particular rather than the players’ demands, since the letter describes many instances where they mentioned SirScoots and their problems with being barred from ESL Pro League to both the team owners and PEA’s commissioner.

Releasing a player over being a part of a union would be a first for esports. Since the players have already engaged in collective bargaining, one concern for the teams is that the players might go on strike for Sean Gares, but since this change seems somewhat mutual, it most likely will not come to that.

Here is why I am removing Sean Gares.

Reginald has posted his official statement regarding this situation, which can be read here.

Has Reginald gone too far? Are the players’ demands legitimate? Will Reginald’s actions warrant further action from the 25 players? Let us know in the comments section or on Twitter @GAMURScom.