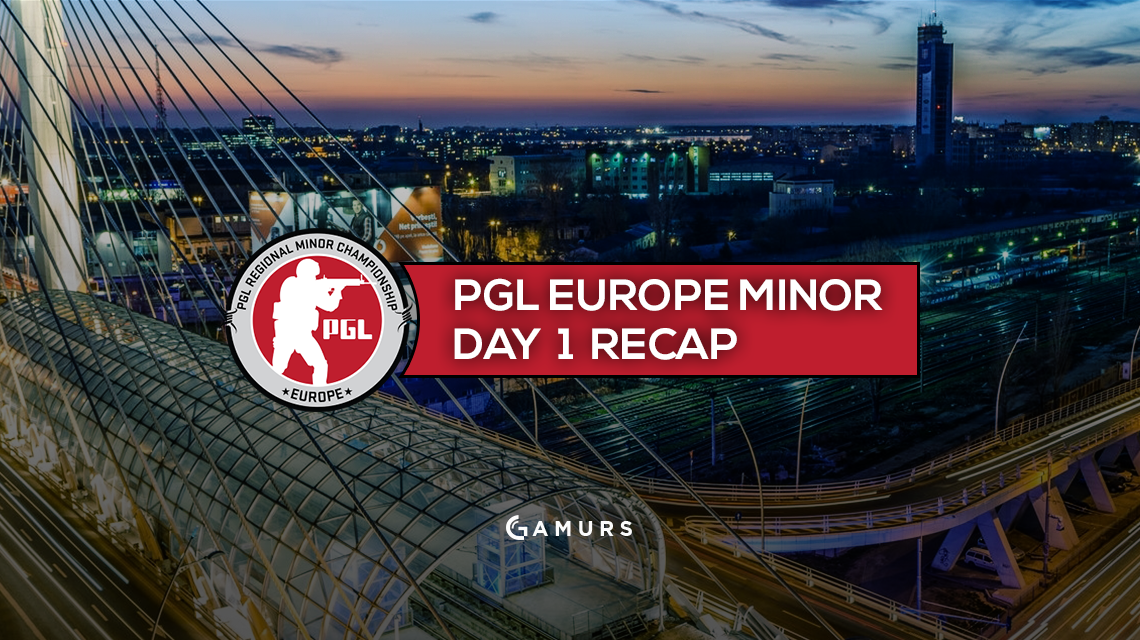 The PGL Regional Minor Championship kicked off today as teams looked to punch their ticket to the ELEAGUE Major Qualifiers today. With only the top two teams able to move on to the major qualifiers, it was a high pressure day with lots of money and fame on the line.

Through the first day, Epsilon and Space Soldiers led the way going 2-0 on the first day and looked solid while advancing to the semifinals. HellRaisers, a perennial major qualifier, looked shaky to start but rebounded with two best-of-three wins to get to 2-1 on the day and advance to the semis.

Only the top two teams of each group move on to the semis, so every win is crucial. GODSENT also became the last team to advance to the semis with a 2-1 day and the tournament favorites will look to punch their major qualifier tickets tomorrow.

Full results of today’s PGL Europe Minor are below.

Who do you think will advance to the ELEAGUE Major Qualifier? Let us know on twitter at @GAMURScom.