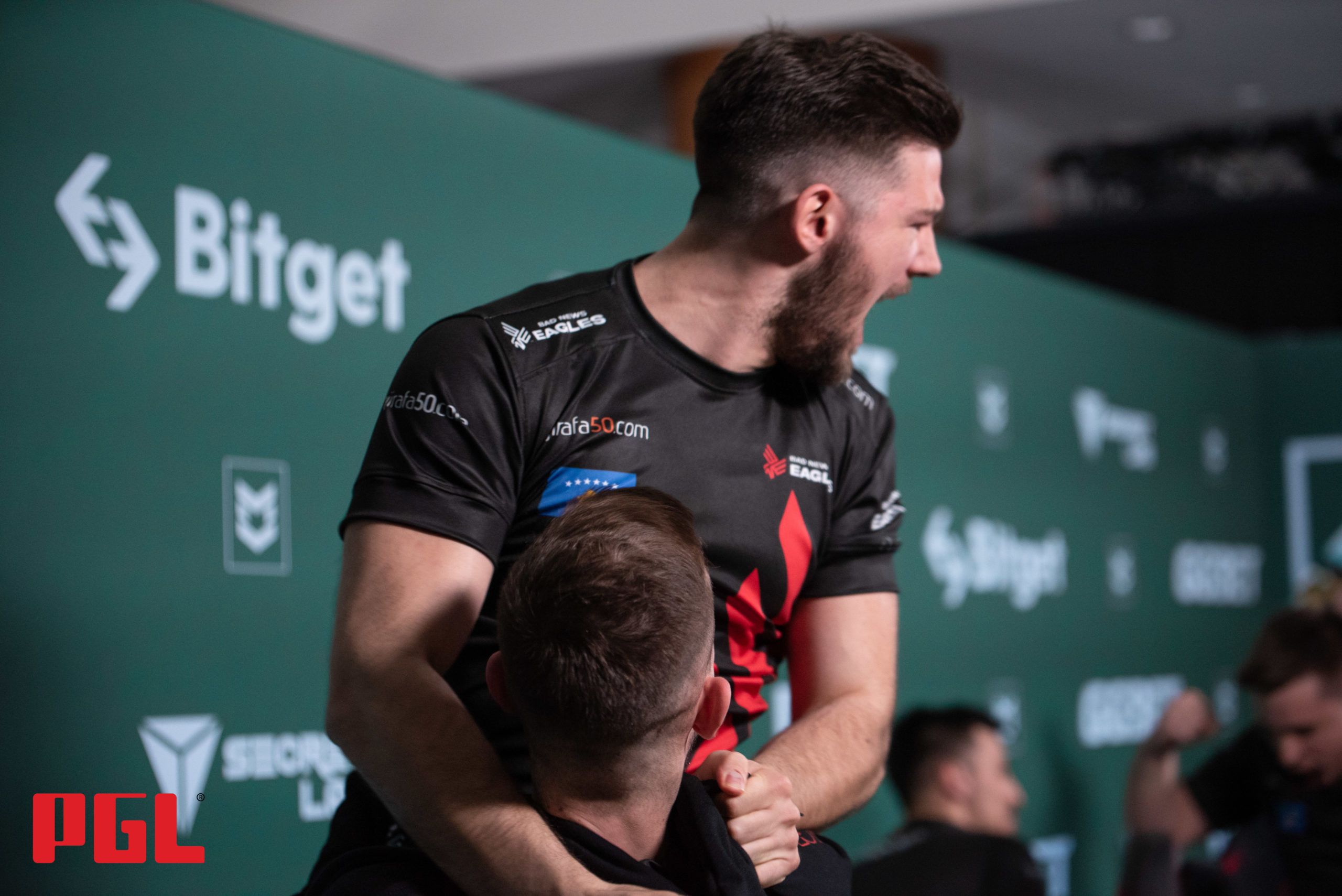 Bad News Eagles, the only sponsorless CS:GO team at the PGL Antwerp Major, have secured Legends status today after eliminating MIBR from the competition in the 2-2 pool of the Challengers Stage.

The series was a true brawl between two passionate teams. MIBR started ahead with a 16-13 victory on Nuke and they provoked Bad News Eagles throughout the map, shouting in almost every round they won. The Kosovar team, though, did not feel the pressure and tied the series on Ancient (16-8), answering MIBR’s provocation with their own shouts, graffiti, and shooting dead bodies.

MIBR and Bad News Eagles went on to decide their faith on Vertigo, a map they both feel comfortable on. The brawl continued, but it seemed like Bad News Eagles had more energy and players like Rigon “rigoN” Gashi and Dionis “sinnopsyy” Budeci made the difference for them. The Bad News Eagles’ duo combined for 46 frags, while four MIBR players aside from Marcelo “chelo” Cespedes finished with a negative K/D ratio.

The squad hailing from Kosovo had already made history as the first team from their country to qualify for a CS:GO Major, and now, they accomplished even more today. This victory will allow them to play some of the best teams in the world and fight for a spot in the playoffs at the Antwerps Sportpaleis venue.

Although MIBR were eliminated, it isn’t all over for Brazilian fans since Imperial will play forZe for the last spot in the Legends Stage. After this last spot is decided, the competition will pause tomorrow and resume on Saturday, May 14.