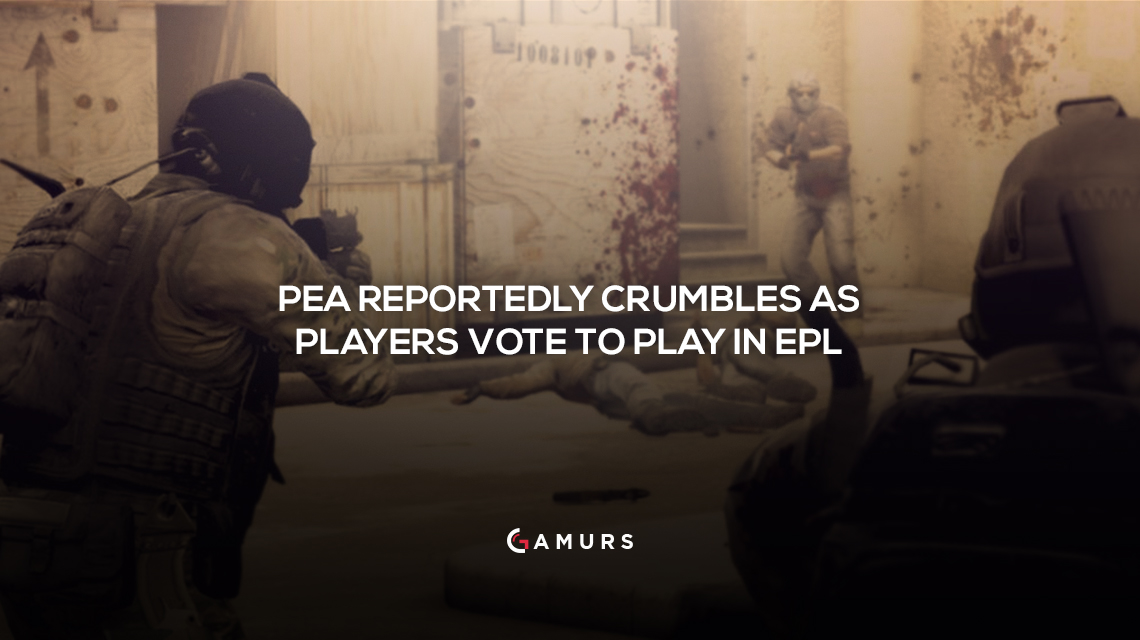 Players have voted to leave the Professional Esports Association (PEA) in order to participate in ESL Pro League (EPL), according to a report released by Slingshot’s Jarek “DeKay” Lewis.

Two weeks ago, reports surfaced of the PEA being a virtually exclusive league. Soon after, 25 players released a letter stating that the PEA was not player-centric, that the players were kept in the dark, and that the EPL reports were true. A battle then ensued between players and owners, most notably Sean “sgares” Gares and Andy “Reginald” Dinh of Team SoloMid, leading to Sean Gares’s dismissal. According to Lewis’ latest report, the PEA has submitted to player demands and will likely pull out of Counter-Strike indefinitely.

First, 25 players from Team SoloMid, Counter Logic Gaming, Team Liquid, Immortals, and Cloud9 signed a letter as a sign of solidarity in the dispute. After the letter was released, even more players were reported to have signed on with the cause. Despite players having a minority vote in the PEA, Lewis reports that this is the end to the PEA in CS:GO for now.

While not completely official, this tweet from Jack Etienne, owner of Cloud9, practically confirms Lewis’s report.

@SlingshotEsport @Thooorin @NWDeKay This blow stings but I still hope to see players & casters participate in profit-sharing in the future.

The PEA offered revenue share and allowed player input in decisions, but their hardball approach with the EPL has proven to be too stubborn. It seems that the cost of playing in the unproven PEA league was too high for players. As it appears right now, the status quo will continue, and North American teams will continue to compete in the EPL.

Do you think that it was possible for the PEA and ESL to come to an agreement on this situation, or was PEA’s approach necessary for their league? Let us know in the comment section or on Twitter @GAMURScom.