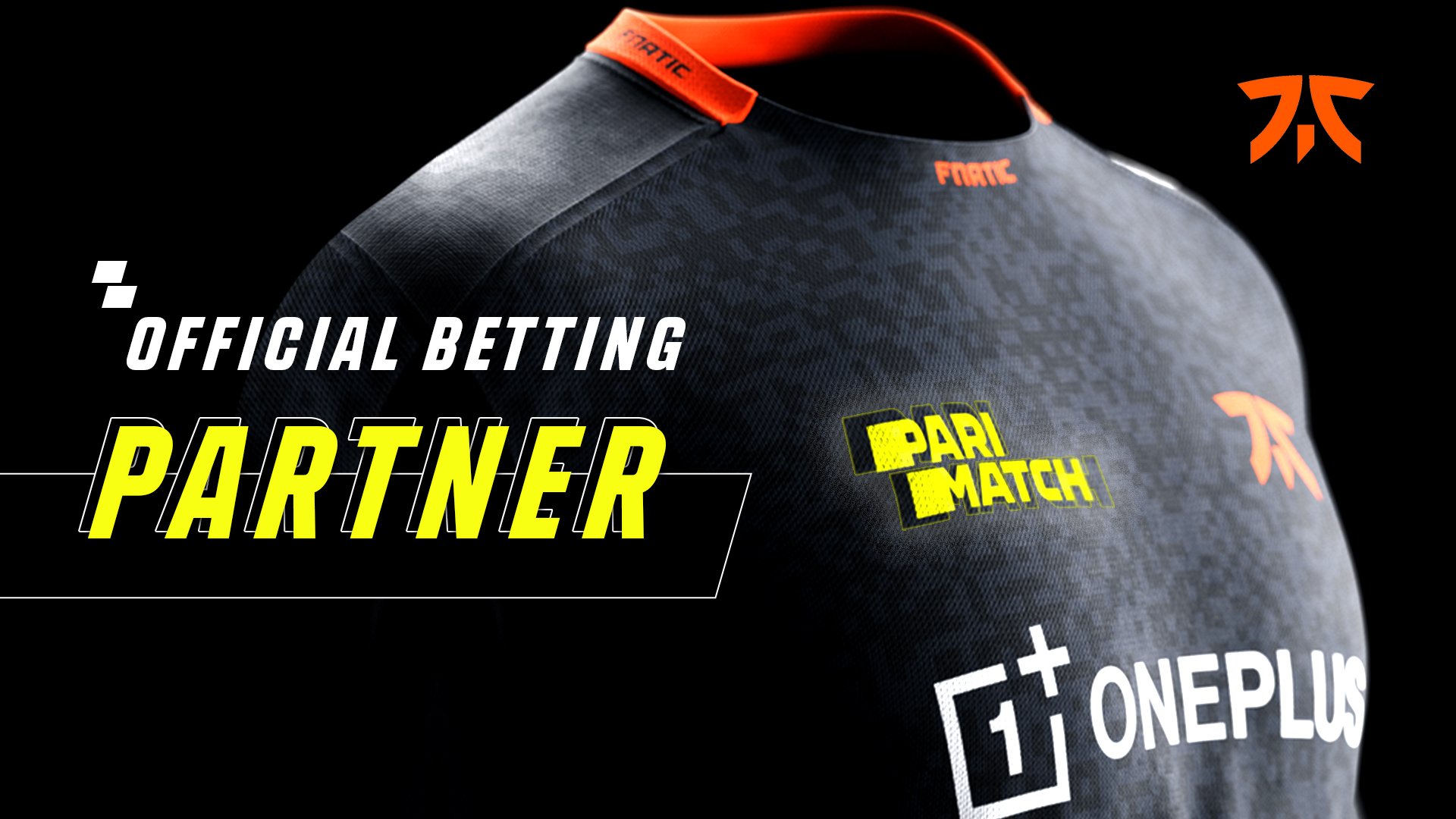 Fnatic is partnering with betting company Parimatch, the organization announced today. It’ll be a two-year global partnership in which Parimatch becomes the official betting partner of Fnatic’s CS:GO team.

Fans will start to see Parimatch’s logo on the official Fnatic CS:GO team uniforms. Fnatic and Parimatch will also activate the partnership through content created specifically for social media and YouTube.

“This partnership with Fnatic is another example of Parimatch strengthening ties with the international esports community,” said Stepan Shulga, head of esports at Parimatch “But it is the first time we can call ourselves partners of a truly global and legendary brand with more than 15 years of history.”

Parimatch replaces Rivalry as Fnatic’s official betting company after the partnership ended on Sept. 4. Parimatch also partners with esports content creators and video game providers such as Dota 2 and has teamed up with ESforce Holding to host three seasons of the Dota 2 Parimatch League.

Parimatch is a Ukrainian international bookmaker founded in 1994 and has grown to become one of the largest betting companies in Europe and the CIS with ambassadors like Conor McGregor, Mike Tyson, Petr Yan, and the Shevchenko sisters.