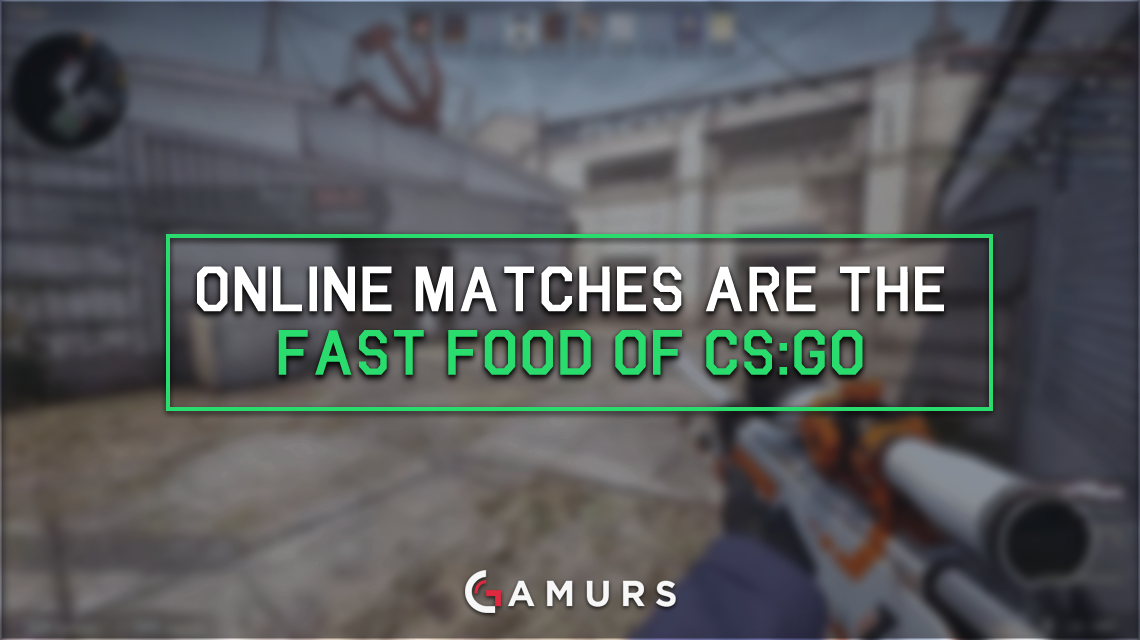 The fast food boom is one of the great ironies of modernity. Mankind’s capacity to continually improve the production and disruption of food has actually made mankind less capable. Now, haphazardly reheated, over greased meats can be prepared at our leisure, served with a side. Ice cream, cookies, french fries, apple pie. Calories, acids, fats: saturated, trans, and abdominal. A $200 billion per year industry.

Any item or piece of entertainment that is easy, inexpensive, or just momentarily satisfying can be difficult to ignore.

Recently, I wrote an article highlighting the frequent dependencies between Cloud9’s offline and online form, and while Cloud9 have looked clearly improved since the pickup of Timothy “Autimatic” Ta, I think the sentiment of the article rings true more broadly because online and offline results are so often out of sync with one another. A week before the start of MLG Columbus, the soon-to-be world champions, Luminosity, lost to Selfless in the quarterfinals of the online iBUYPOWER Spring Invitational.

At the start of the year, Virtus.Pro looked dreadful online, especially in ESL Pro League, but still managed to have solid showings on LAN at Counter Pit and Cevo-Gfinity before their more recent renaissance. Cloud9 were crushed by TSM in the elimination match of ECS Group A, before reversing the result three weeks later in the finals of the iBUYPOWER Summer Invitational.

Factors creating these misaligned results are frequently discussed. The added latency gives peekers an advantage over riflers and a more general advantage to AWPers. The decreased consequences of online matches and the comfort of home encourages more cavalier play. DDOSing or lackluster internet connection can intermittently hamper a player or team’s ability to perform, and cheating is harder to prevent. These are all known issues, and I’ve never heard an analyst or expert suggest that online play matches or closely mirrors offline play, so why are so many tournament organizers still using online matches to determine participation at LAN tournaments?

The “oversaturation” complaint has become so frequently cited lately and so infrequently combatted that it has almost dissolved into muffled buzzword. The oversaturation idea is simple enough that the frequency of online and offline leagues, cups, qualifiers, and tournaments is beyond what would be healthiest for the competitive scene.

The grueling current workload has over overtaxed pro players by forcing them to play too many matches and dulled the excitement of fans by too often pitting top teams in low-stakes games. But again, this frequently cited complaint seems to be at odds with the industry’s current embrace of leagues and extended qualification tournaments to determine spots at an offline final.

Currently, online leagues, such as ESL Pro league and ECS, currently conduct a full season of online play to determine participants at the LAN final with PEA in North America poised to follow suit in 2017, and other larger organizers, such DreamHack and ELEAGUE, have also recently utilized online qualifiers to determine participants in their next competition. While online cups are certainly preferable to nepotism-prone invites or worse fan votes, wouldn’t it be preferable to use offline qualifiers first and foremost?

At some level, online play has to be somewhat relevant in the professional scene beyond pugs or scrimmages. If the participants of each event are simply determined from the results of previous events, new teams will never have a chance to join the mix, but looking at the scene as it stands today, the impact of online games can still be greatly reduced. Multiregional online leagues might end in a small offline playoff that leads into the final international finals, and online qualifiers could be held as offline qualification tournaments.

The Minor Championship Series and the Main Qualifier for each Valve Major both work around the problems of online play, moving more competition between intermediate teams into offline arena, but this offline system is only utilized  by the two to three Valve Majors themselves, with no other tournaments adopting this system.

While the cost of these offline qualifiers may be too exuberant to put on for each tournament, the Minor Championship Series could be used more frequently to determine qualifications or an interlocking tournaments system could also be implemented. For example, instead of using their own online qualifier, ELEAGUE could have stipulated that placings at the recent Northern Arena-Toronto tournament would have some role in determining participation in the offline section of their league.

Those sort of connections would combat oversaturation on two fronts by heightening the relevancy of certain tournaments, and  by cutting down on superfluous online matches. However, these sorts of partnerships are unlikely to ever happen as they would necessitate some level or cooperation between individual or competing parties and deprive individual organizers of broadcasting a qualifier through their own channels.

Unfortunately, in esports and elsewhere, problems seem to usually be satisfied in terms of easy and short term results. Online games are relatively cheap to produce and provide fans with constantly available small-stakes spectacles. And we know a more complete home cooked meal is often forgone in favor of a hefty brown bag at the second window.