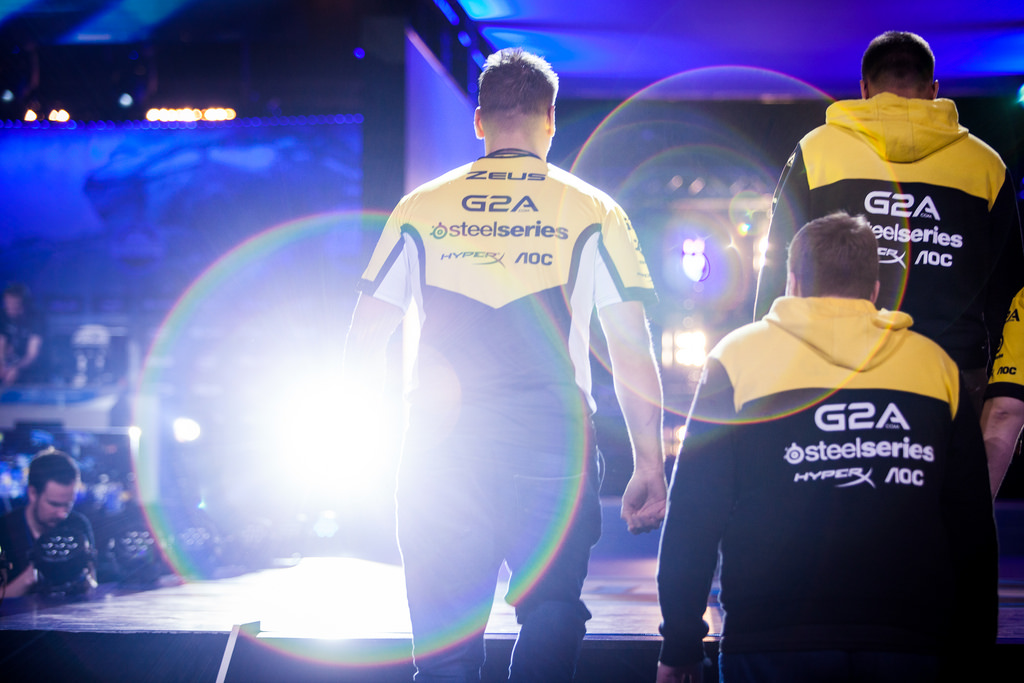 Any sort of introduction feels purely superficial here. This article is only of interest to the active Counter-Strike community, and all of you have probably been watching the Dreamhack qualifiers over the past few days. Just as I’ve been, and just as every pro player who isn’t involved likely is as well. One thing we’ve all noticed? This guy is all over the place.

In the last major patch, Valve reduced the cost of the Zeus from $400 to $100. This might seem like a pretty huge change to suddenly push to the live client, right before the qualifiers for the next Major no less, but… well it is actually a pretty huge change to randomly implement with no testing or forewarning. Unfortunately, Valve has a bit of a history with this sort of thing in CS:GO. At least this time it concerns short range OHKO’s and not long ranged ones.

Regardless the Zeus change has received a lot of attention, both by the community and by the professional player base. The usage rate of the weapon has most certainly spiked, and this is likely what Valve intended when buffing the price. As it turns out, the risk is so low and the reward is so great that we’re already seeing the metagame develop aspects of full blown Zeus-abuse. Zeus-abuse might be fun to say, and the Zeus might even be fun to use and see used, but those probably aren’t good enough reasons to justify the change.

The problem as I see it is two-fold. First, there’s the obvious balance issues. The Zeus has very little associated risk at this price while having a huge potential reward. The cost is so low that it can be picked up thoughtlessly and it has uses in eco rounds, gun rounds, and has even found a niche for itself as a backup weapon in pistol rounds. There’s also very little room for counter-play and very little skill required. It’s simply unreasonable to expect players to avoid every single close range situation and corner for entire rounds, not to mention the potential for playing inside smokes and other highly variable scenarios. The Zeus is also much easier to get kills with than comparable weapons, requiring only a single hit as opposed to a headshot or multiple bodyshots.

The second problem is less quantifiable. It might turn out that the Zeus won’t see much play in the professional metagame, players might eventually become fully accustomed to playing around the weapon and it might look less and less favorable in comparison to the p250 as time goes on. Even then, the $100 Zeus would still be an aberration in the Counter-Strike economy. Semmler might’ve said it best,

It seems ridiculous that you can walk up for a $100 investment and remove somebody from the map who has made a $4800 investment at least right? [flustered noises] That’s how shocking it is that this would even be envisioned. It’s absolutely ridiculous that this would even make it into the game or make it past testing right? To me it just completely defaces what we’re all about here. (transcribed)

I couldn’t agree more with my BLC brethren, there is absolutely nothing about the concept of a weapon so cheap and so lethal that has a place in Counter-Strike, even if it doesn’t end up actively unbalancing professional matches.

So let’s talk solutions. The first is the most obvious, return it to $400. This might also mean returning it to its previous level of absence, but I can’t emphasize enough that I’m completely alright with that. Not every weapon needs to be, should be, or even necessarily can be equally viable in competitive Counter-Strike. And that’s fine. But Valve felt so strongly about the Zeus that they quartered its price in the live client before Major qualifiers, so we’ll explore other options beginning with potential price points.

$150 – The most obvious place to go for an immediate nerf (to some of us anyways), as it’s the slightest change. It’s not entirely insignificant, we’ve all been in situations where $50 has been sorely missed, but it still allows Zeus purchases alongside armor in the pistol round. On one hand, I actually think the Zeus in the pistol round is one of the most interesting and least balance-upsetting times for it to rear its disposable head, but on the other hand it’s still probably too strong at $150.

As we move up the pricing tiers I’d like you to keep in mind the price point at which you would no longer consider pistol round Zeus purchases.

$250 – Still cheaper than the p250 or a grenade, but a noticeable amount of money. This is one of the more interesting price points as I don’t feel players can throw away $250 carelessly. The $50 is especially painful if you’re buying a Zeus in the pistol round as it effectively costs you an HE or smoke grenade over a flashbang.

$300 – Pretty self-explanatory. More than anything else this is just a reminder of how insane a one-tap headshot pistol is at only $300. Still easier to use than a p250, but with less range and flexibility. At the same price as an HE grenade, multiple Zeus purchases now compare directly with a nade stack for eco round strategies.

$350 – Alright, we’ve basically worked our way back to the original price. As I said earlier, $50 is not entirely insignificant and this is still an improvement over the $400 original price. However, it is hard to imagine that a $350 Zeus will see significantly more play than a $400 one.

Alternative changes – There are two changes that I’ve actually been able to experience first hand, due primarily to the fact they’ve been implemented in SlothSquadron’s weapon balance mod. The Zeus at 250 u/s, the same movement speed as the knife, and complete lethality up to the max range. One of the most frustrating issues with the Zeus is the potential for non-lethal hits near maximum range, and rectifying this might be all the Zeus needs to see more frequent professional use. There are a variety of other potential avenues for change, maximum range, kill reward, introducing reserve ammo etc. but most of them seem too transformative to seriously consider.

All that having been said, I honestly doubt there is a place for the Zeus in competitive Counter-Strike. It has been and continues to be banned in CEVO’s leagues, and it’s never had a role in Counter-Strike before this buff. I would argue that the absolute lowest price that could be balanced for any form of the Zeus would be $250, and that with its current lethal range it would still be open to abuse.

Maybe the immediate solution is a player agreement or league decision to ban the Zeus outright.

The Zeus is interesting as a backup weapon in pistol rounds and as a method to keep the opponent’s economy down without investing heavily, but it is uninteresting and unappealing as a ubiquitous eco weapon. In the same vein, the kill reward of the Zeus should be $0. Regardless of the final price, range, and other capabilities of the Zeus, I can not comprehend why a player should get a financial reward for tasing an enemy beyond the damage dealt to the opposing team’s economy. Unfortunately, I feel it’s far more likely that the viable Zeus will end up as another mistake that the developers will not renege on for what will likely be a confusing and infuriatingly lengthy period of time.

Regardless of how you feel about the specifics of the Zeus, I believe we can all agree on a few things. The $100 Zeus has no place in CS:GO, the $400 Zeus could never find itself a place in CS:GO, and we desperately need a test client to insulate competitive play from future absurdities. I have no idea what Valve’s final version of the Zeus will look like, but I know Counter-Strike is too established to be its own test realm. The price of the Zeus might be the least game-changing of all the recent major updates, but it’s also the most ridiculous. There are no reasons and no excuses for ill-conceived updates like this to have an effect on professional matches.

If you were curious about the real Taser x26, the weapon the Zeus is based on, its price is anywhere from a few hundred to just under a thousand dollars and according to the manufacturer the immobilization range is 15ft. Realism might never be a mandate in Counter-Strike’s development, but it’s always an inspiration.

On the off chance the conspiracy theorists happen to be correct, and all Valve truly desires is an advertising platform for upcoming Zeus skins, then I would recommend replacing knife rounds with Zeus rounds in leagues and tournaments (seriously, this would be awesome).

Finally, there’s always a chance the $100 Zeus is just a reference to Benjamin Franklin’s kite experiment, in which case it’s very clever and oh god please change it back.

Photo credits to ESL and the DreamhackCS stream respectively.

As a final note, this is my first attempt at creating written Counter-Strike content and I’d really appreciate any feedback. Feel free to message me at protagoniststream at gmail or post comments anywhere I can see them. I’d also like to hear other thoughts on the Zeus! Thank you for taking the time to read this article.