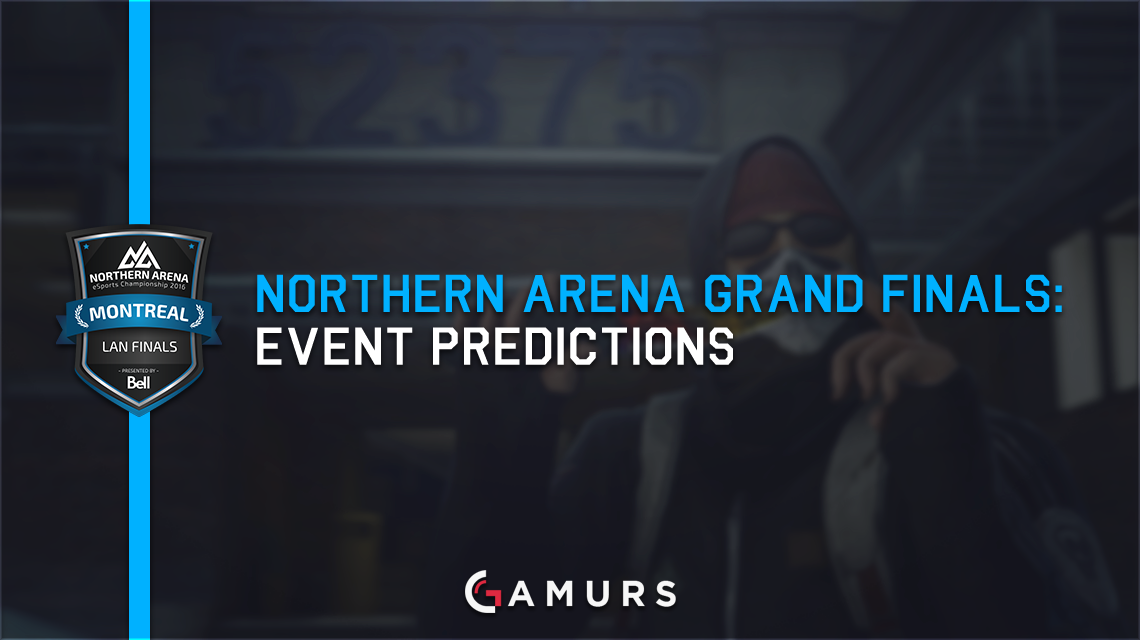 The second and final Northern Arena event of the year is to be held this weekend. Eight teams are all in contention for the lion’s share of the prize purse. Here are a few of my predictions.

OpTic Gaming made it to the playoffs of the ESL Pro League finals, where they fell to the eventual winner of the event, Cloud9.

The squad did have some great wins over Team Liquid 16-2 and Immortals 16-4, but they were beaten down fairly easily by mousesports and Team EnVyUs.

Although OpTic is probably one of the better teams in North America, the team is yet to achieve a big, meaningful win over a top-tier European opponent. Luckily for them, their group has two NA teams: Counter Logic Gaming, who in my mind stand no chance, and a mixed team NRG Esports.

OpTic looks set for a strong second place finish in their group. Unfortunately, this means they’ll probably end up playing G2 Esports/ Heroic from Group B in the bracket, and it’ll require the very best from Mixwell, Stanislaw, and Tarik to get past one of them.

Two French teams are attending this event, but there is one team in my mind that should be winning thie whole thing. I am, of course, talking about EnVyUs.

After a best-of-five win over mousesports to win the Gfinity Invitational at EGX, KennyS and his musketeers have all jumped back on their horses. The team seems revitalized and is almost surely going to top its group.

Moving into the playoffs, EnVyUs is probably going to be playing either G2 or Heroic. Team Liquid hasn’t really impressed me for a while, however, it is possible they could get past the Heroic now that the Danish side is without their in-game leader, G1ave.

Overall, I fully believe EnVyUs has a great chance of winning this event.

Team lLiquid has some pretty decent firepower that just hasn’t been performing. Hiko has had a negative rating in 11 of the team’s last 20 matches, and they weren’t always against top tier opponents.

Liquid’s group at the event consists of compLexity Gaming, a team that stands zero chance of doing anything in this group; Heroic, who are still coming to grips with the addition of Niko; and G2, a star-studded French armada, who have been slowly sinking recently.

If Liquid can make it to the playoffs by truly flexing the American (and Danish) muscles they possess, then I’ll be happy. But if they crash and burn like a led balloon, it’s time to start thinking harder about their existing team.

Here are a few of my predictions going into the event this weekend, but what do all of you think? Let us know in the comments below, by tweeting us @GAMURScom, or let me know by sending me a tweet @GAMURS_tnm. For more prediction pieces from myself, give me a follow as well.