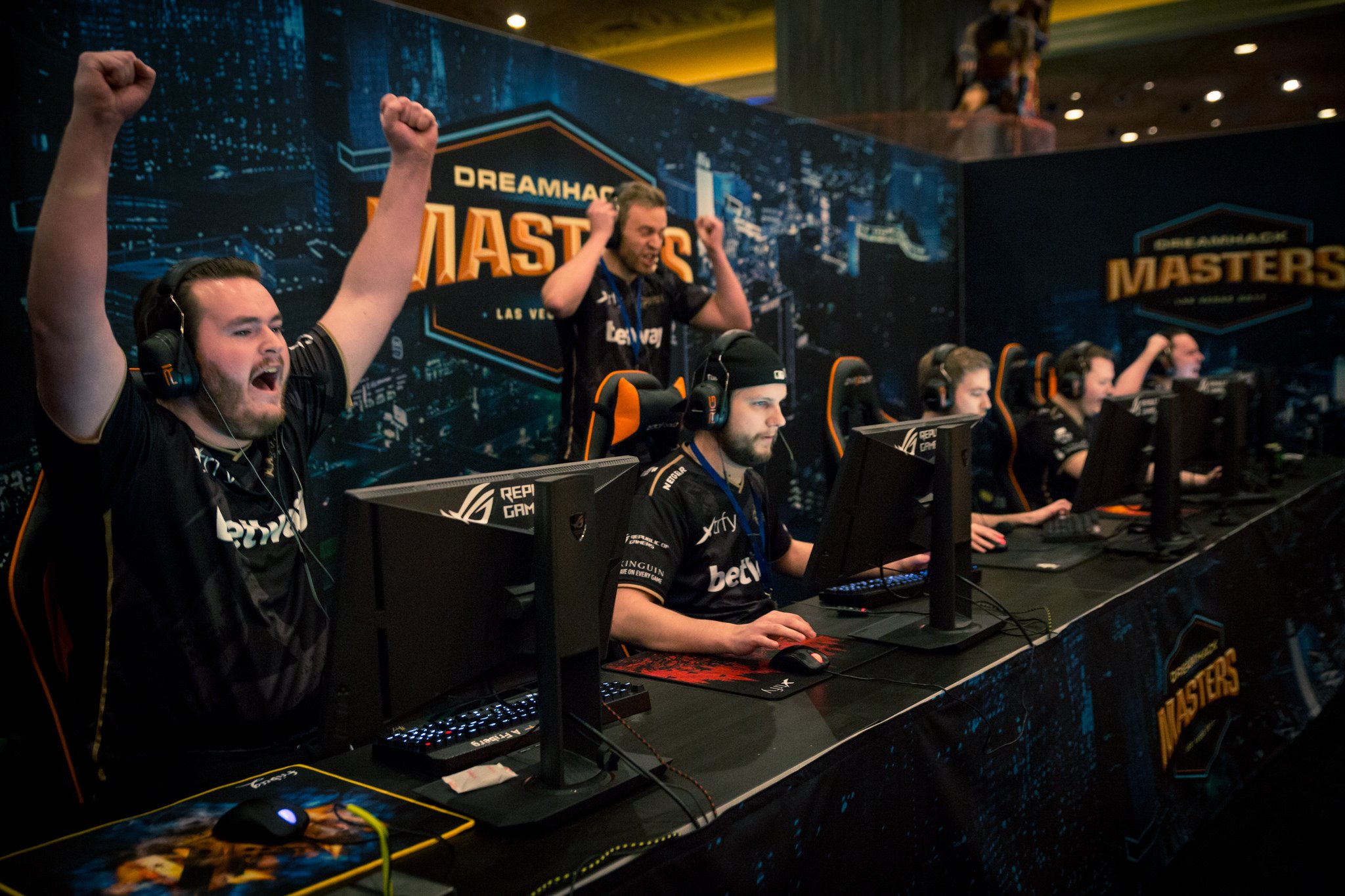 The 16 teams have been whittled down to eight at DreamHack Masters Las Vegas, as the remaining sides advance to the playoffs of the $450,000 Counter-Strike: Global Offensive tournament.

Ninjas in Pyjamas, North, Virtus Pro and Natus Vincere claimed the last four places in the final eight after gruelling best-of-three elimination matches to close out the group stage.

In the closest series of the day Na`Vi defeated FaZe Clan 2-1. Na`Vi rushed ahead in the first map, Mirage, winning the first five rounds before a 13-2 advantage at the half. Na`Vi won the pistol round and seemed set to steamroller their way to a 1-0 lead, but three deagle kills from Finn “karrigan” Andersen gave FaZe an eco win and a glimmer of hope. However it wasn’t to be, and Na`Vi eventually secured a 16-6 win.

The second map, Nuke, started in much the same way with a 6-1 lead for Na`Vi—but this time FaZe were able to fight back to an 8-7 lead at the halfway point. Despite losing the lead briefly to Na`Vi again, FaZe won 16-13 to take it to a third map. On Train FaZe once again led halfway through, but Na`Vi established a strong lead towards the end of the game to win 16-11 and send FaZe home.

In the only other three map series of the day Ninjas in Pyjamas overcame an early scare against Cloud9 to reach the quarterfinals. Cloud9 demolished the Swedes 16-2 on Cobblestone, with NiP seemingly having no answer to what the North American side were putting up. While the first game suggested a quick 2-0 for Cloud9, the legendary Ninjas fought back on Train to take a similarly one-sided win at 16-6, including an unanswered seven rounds on the CT side to close it out.

Game three on Cache saw the teams finally seem to meet on a level playing field. Evenly matched at the half, NiP were able to win rounds either side of a pause due to technical issues in order to give themselves the upper hand en route to a 16-13 win.

North continued their enigmatically spotty form against OpTic Gaming, this time turning it on the beat the North American side 2-0 (16-2 16-7) after losing to them on day one. Polish veterans Virtus Pro also won out in relatively easy fashion against the newly-reunited legendary Fnatic side.

The eight teams advance to a single elimination playoff which begins later today. SK Gaming will play Na`Vi, Gambit Esports will meet North, Astralis take on Ninjas in Pyjamas and Mousesports and Virtus Pro will face off.