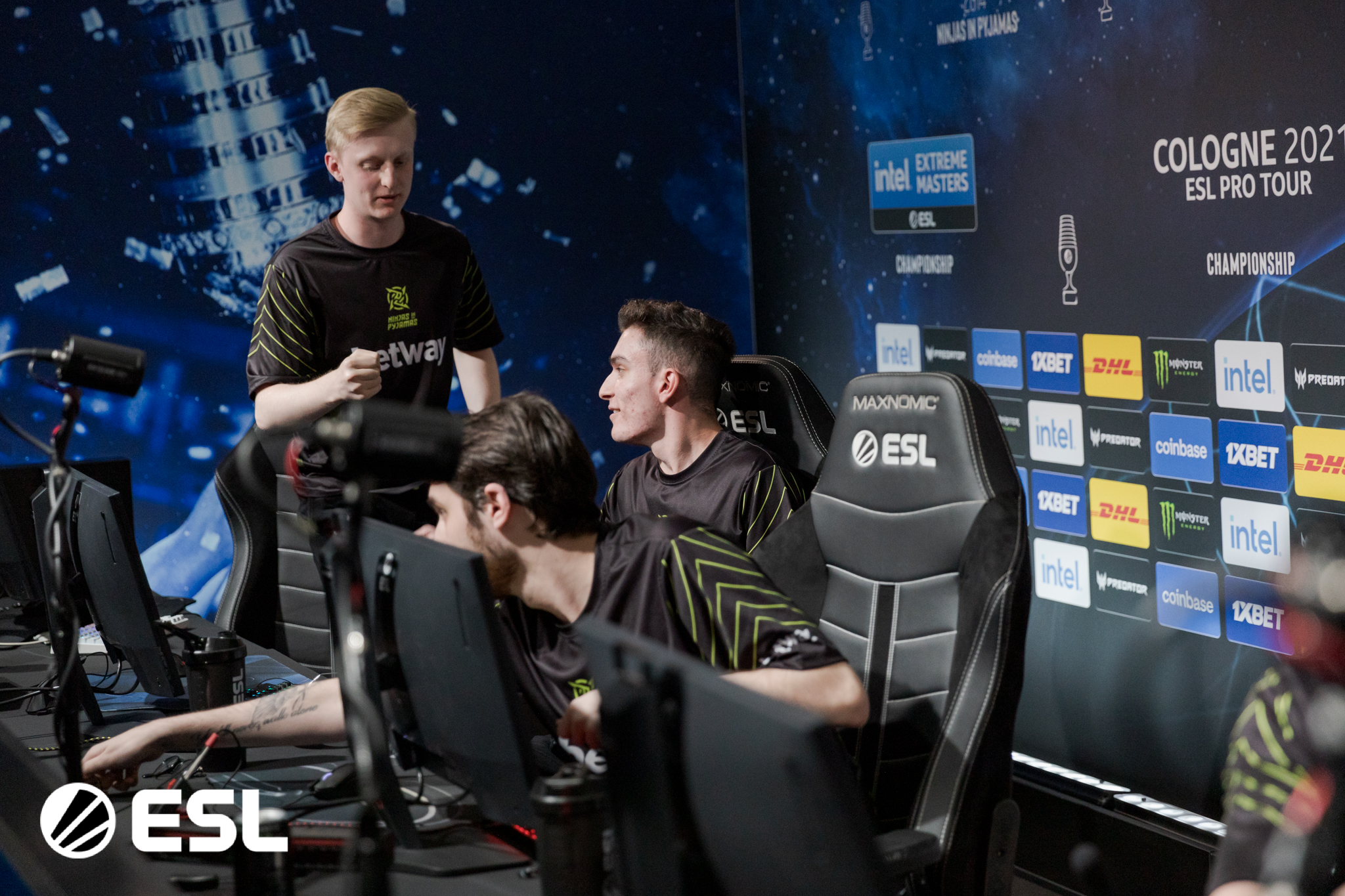 Ninjas in Pyjamas have secured a spot in IEM Cologne’s main event following a 2-0 victory over mousesports (16-8 on Mirage and 16-11 on Ancient) today in the upper bracket quarterfinals.

The Swedish team breezed past LDLC (16-6 on Ancient) in the opening round of the play-in stage of IEM Cologne, where just eight of the 16 CS:GO teams will advance to the main event. NiP were one of the teams expected to make it to the next phase, given that they’re one of the best teams in the world at the moment—and they delivered.

Nicolai “dev1ce” Reedtz was unsurprisingly NiP’s best player in the IEM Cologne play-in stage. The Danish star AWPer, who signed with the Swedish team in April, averaged a 1.42 rating and had a +28 K/D difference after three maps. He was followed closely by in-game leader Hampus Poser (1.34 rating) and rifler Fredrik “REZ” Sterner (1.33 rating).

The fact that NiP had no trouble sweeping mousesports, another quality contender for the IEM Cologne main event, will definitely give them a confidence boost moving forward. This tournament is also dev1ce, hampus, and Linus “LNZ” Holtäng’s first LAN with the Ninjas. That means fans will get to see how hampus, the captain, and LNZ, the young blood, will deal with the pressure and if dev1ce can replicate his outstanding performances from his Astralis’ days.

The main event will kick off on Thursday, July 8 after the play-in stage is finalized. Some of the best CS:GO teams in the world, such as Gambit, Natus Vincere, G2, and Heroic, are waiting.