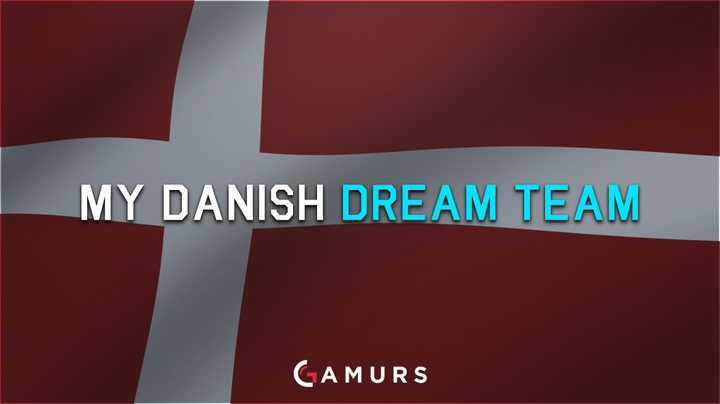 *DISCLAIMER* This is an opinion piece. The author is not responsible for any damages as a result of being triggered.

For the past two years, the core that has made up Astralis was the only group of players that could win anything from Denmark, and if you know anything about Counter-Strike, even that has been a challenge for them. Astralis is a constellation of very good players, always making it to playoffs, but in the big games, they would often choke.

The Astralis players have been idolized by Counter-Strike aficionados everywhere, and it is feasible to assume that Danish pros outside of Astralis would give almost anything to play with some of them. Like many analysts of CS:GO, Danish players still have faith in those on Astralis, and for good reason. Unfortunately, it appears that the top Danish team is turning into Ninjas in Pyjamas. NiP always rotates a fifth man and sees a few good results, but they can’t live up to past success or dominate the entire scene. Astralis has a more stable lineup and is a bit better about change than NiP, yet Astralis remains a team of good players that are in the wrong team.

This is allowed to happen because of the individual instances of brilliance and the team successes of the past. When evaluating Astralis’ performance, there are many good placings that they can point to, but not very many great ones. Being “good but not great” will get a team to the playoffs, but not to the point where they get to hoist the cup. Being a good team means players from other teams drop their improving projects for this better yet already defined one. All teams in that country are hampered when new talent falls into the pit of being good but not great and when exceptional players are held back in a system, that doesn’t quite work.

One of the few times that Astralis, then TSM, wins a tournament

The roster that I am putting forward in this discussion is on the verge of being a possibility, but due to the way most everyone in Counter-Strike views Astralis, it is unlikely to gather this group of players before one of them is stolen by Astralis. This is a potential Danish roster that could shakeup the standings of the Counter-Strike scene.

Team Dignitas has been down in the dumps ever since losing the players that now form Astralis, and since Northern Arena, losing Jacob “Pimp” Winneche seemed like an irrecoverable loss. However, Northern Arena brought hope to Danish CS with noteworthy performances from Dignitas and Heroic. cajunb and Magiskb0y were the standout players on Dignitas, and the play of valde and Andreas “MODDII” Fridh from Heroic caught the eye of every viewer. There wasn’t an abundance of confidence for these “have beens” and “haven’t beens” to achieve anything, but they have proven the world wrong.

Many people would look to the stellar performances of MODII and valde to build a team out of. However, it is not as easy as picking the players with the best stats. MODDII has been known as a whiner. He was always considered to be one of the most skilled players in 1.6, but his attitude kept him from being on the top teams. Similar things have been said about cajunb, but his success in Astralis proves otherwise, in spite of his departure in May of this year. If MODDII were to be part of the team, that would mean that there are two people with potential attitude problems, and two people with attitude problems is more than double the trouble of just one. In that case, I would nominate gla1ve to join this team instead of MODDII.

gla1ve’s lasting ability to perform was really hammered in at the last Major with him being one of the best players on Astralis. gla1ve was brought in for Markus “Kjaerbye” Kjærbye in advance because the rules of the Majors prohibited Kjaerbye from playing. At this tournament, Astralis was hampered once more with Peter “dupreeh” Rothmann getting sick which meant that Danny “zonic” Sørensen, the coach of Astralis, had to play dupreeh’s stead. In addition to that, gla1ve was put into roles that weren’t his own, putting him out of his element even more. What more is needed for gla1ve to be considered a worthy in-game leader and roleplayer in the Danish scene? Forget his in-game leading and stats, just being a stable player is remarkably valuable in a country that has been noted for its chokers. Being a team reliant on a lot of new talent, a stabilizing and consistent force like him is very valuable.

valde is a new player to the CS:GO scene who has a past that goes back to May of 2015. Much like Epitácio “TACO” de Melo, valde has a large amount of natural skill, which has been evident from his statistics and the way he plays. Most players in the CS:GO scene today have many years of experience going back into 1.6 or Source. Though he doesn’t have the experience that would be needed for the stage of a Major, he is surrounded by people who do.

I have expressed my dislike for MSL as a Counter-Strike player in a previous article and called for his removal. Since then, I see no reason for validation on a playing level, but now with the coaching changes, his skills as an in-game leader are more valuable. However, gla1ve has been shown to be a more effective in-game leader and fragger, which is another reason why gla1ve would do better than MODDII on a team like Dignitas. RUBINO, the second player to remove, has never really played up to a high level on Dignitas. He slots into a similar role as Andreas “Xyp9x” Højsleth, but he is not as effective.

In this proposed team, valde, k0nfig, and Magiskb0y would be the stars of the team. With all of them being young players who have not gone through years of on-stage testing, it would normally be unadvisable to make them stars of a team, as a star is someone that is relied on for big plays and big wins. The tested and tempered players of cajunb and gla1ve would support these stars. They can be counted on day in and day out to bring stable performances, but they won’t have quite the same peaks as any of the aforementioned young talents.

Someone with knowledge of these players may find a flaw with this team. They look a lot like Astralis and are set up to repeat the same mistakes. Astralis was a team with an assemblance of skilled players without much mental fortitude. Nonetheless, this proposed team stands a better chance at winning tournaments than Astralis currently does. Astralis is a known quantity, and there is something wrong with that team. They’re practically cursed.

At this point, it would be better to put one’s faith in anyone but Astralis. Yes, Nicolai “dev1ce” Reedtz is better than valde, but it would be so unlikely for him to leave his own organization to join someone else’s, even if it were also associated with an NBA team. Because of this, I created a team of non-Astralis players. It must be extremely difficult to transform a team like Astralis where the players control the team. Such a structure makes it hard to create a Danish superteam out of a portion of Astralis players, which is also why this article focuses on players outside of Astralis.

As a newly acquired property of the 76’ers, an NBA team, Dignitas would be the most likely organization to form this team. Dignitas has an influx of capital and something to prove. Plus, most of the players are already on Dignitas. Despite gla1ve and valde having just signed a one year contract with Heroic and gla1ve declaring his commitment to the team in an interview, there is still the possibility for either of them to take a better offer, as such things have been seen with other players before.

The success of Danish CS:GO has mostly been a multitude of good tournament placings and highlight clips. These are worthy achievements, but perhaps, the Danes can turn their obvious skill into tangible results in the form of trophies, jumbo checks and medals. Maybe, this shift will come from someone other than Astralis.