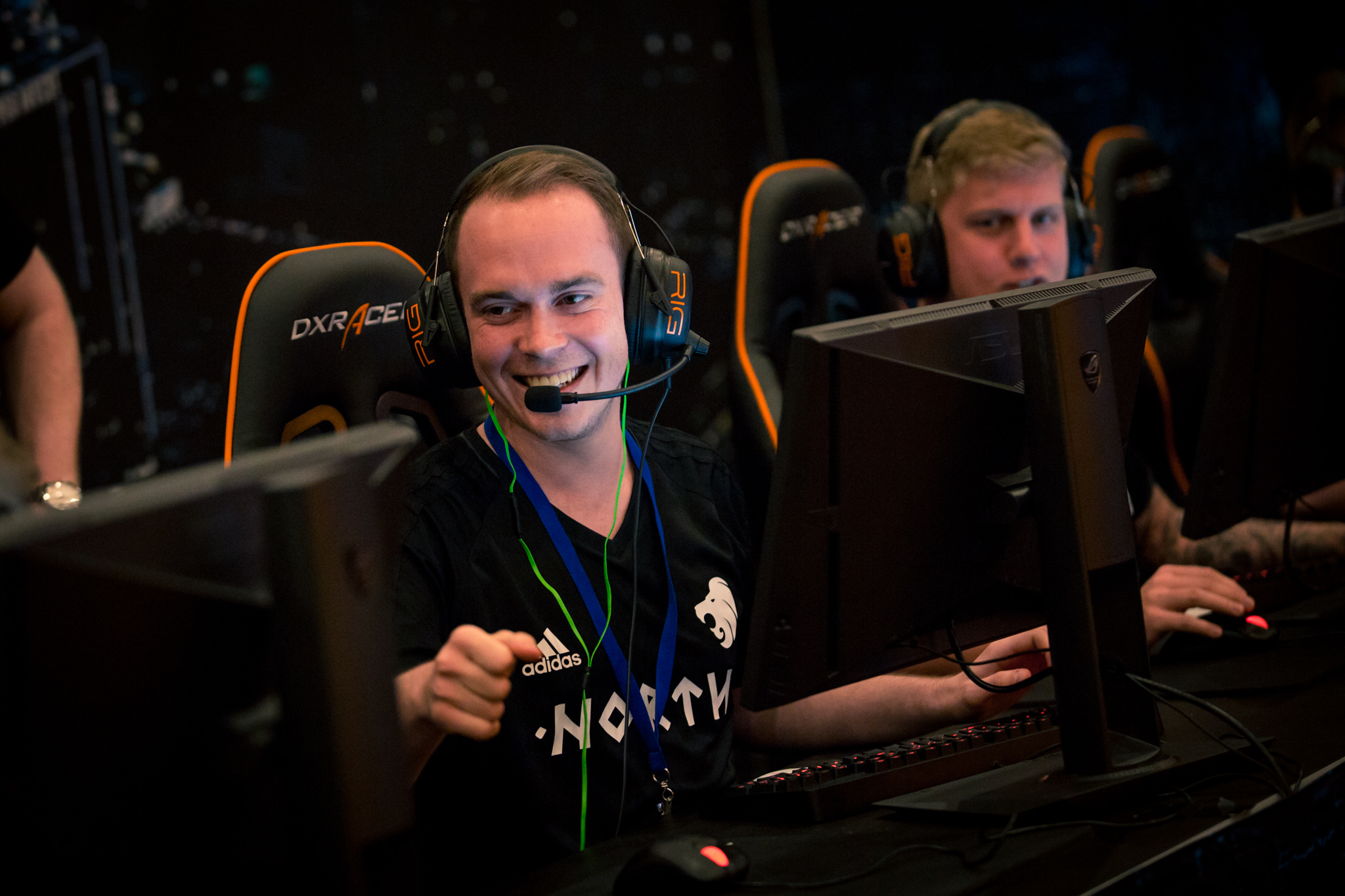 Depending on which side of the equator you live on, the best of one between North and Chiefs eSportsClub in the Swiss stage of IEM Sydney was either a triumphant upset for Australian CS—or a harrowing defeat for Mathias “MSL” Lauridsen and company.

That upset marked another unsuccessful run for North, with their only top four all year being at Dreamhack Masters Las Vegas. This series of poor performances has all come off the back of a roster change that saw Ruben “RUBINO” Villarroel swapped out for potential Danish star Philip “aizy” Aistrup. In theory, the move makes North one of the scariest rosters in the world. But this on-paper talent has yet to materialise fully in-game.

This, so far, is the story of North—a roster with all the potential in the world, spectacularly failing to deliver.

After their unceremonious exit from IEM Sydney, Dot Esports spoke to MSL about where things were going wrong, the roster change, and how they can turn it around.

When you guys brought in Aizy, switching out RUBINO, how much of the positions and roles across the map changes in-game? What have been the big points of difference between the RUBINO roster and Aizy one?

We built new roles for Aizy on T-side, he got the roles k0nfig had before. Me and Aizy take map control [on T-side] as that what worked really great on Dignitas for me and him. As far as CT goes, he has some new roles but also takes some of RUBINO’s roles which has been really hard for him I think. But it’s hardest when you have so many great players in one team, you have to take some roles you don’t like and just get better in them. So I think that on T-side he got the roles he wanted, and on CT he got a mixture of some of the roles he wanted and some he did not.

Did Aizy coming into the side change the way you call at all? Did the extra firepower upgrade make you think about the game differently in terms of having more tools at your disposal?

I would say no actually. Aizy is a great player to have with me because I know how he is going to play. I know where I need to have him as compared with say, k0nfig, who can run a bit more around and be random. So, it has definitely helped me a lot to have someone who I know exactly what he wants to do and especially when you are playing together in an entry fragging duo relationship. So that has helped me a lot but as far as calling is concerned I’m still doing the same thing. It’s a lot of individual plays combined with teamwork and executes. So, I think we’ve found a really good way to play as Terrorist side, with k0nfig being the lurker he has been doing a massive job T-side and me and Aizy have been taking good map control, with cajunb and Magisk doing good clutches at the end.

Your determination to ban Train looks pretty good against the rest of the competition’s map pool. However, outside of the certainty of Train and strength of Cobblestone, your map picks have been pretty widespread in officials on LAN. Considering this, how do you as a team actually view your map pool at the moment? What’s the philosophy behind North’s veto?

Basically, we are looking at the other teams in the veto. Because right now we have six really decent maps. We have maybe two that we prefer the most, which I will not say specifically, and then the other four are decent. I’d say that we have a really strong map pool, it’s just at the same time, we are just crumbling a bit when it comes to LAN. But I think that we have a really good map pool and it just depends on the team we are playing. We can play everything and can in-theory win on other team’s best maps.

So would you be more focused on banning out a team’s strong maps as opposed to banning your weak maps then?

In your eyes, what is the actual potential of this roster, specifically over the next two months? Where do you see yourself against the rest of the competition at the moment?

The realistic potential is that we are going to be the best team in the world I think for sure. In my opinion, we have the best players, it’s just about getting everything fitting together on CT-side. It is still a struggle, we have tried a lot and we are just going to try even more when we get home. The problem is that we aren’t performing individually at the same time, and we always have on guy going off, or two playing decent, but we should always have all 5 going off all the time. That’s our problem right now.

How much of a role does Ruggah play in trying to get you all firing? Does he play a big role in team unity?

He is trying mainly just to help us fix in-game mistakes. On CT-side, it’s a lot about individual decision making, so everyone individually needs to be making the right decisions at the right time, while also playing great at the same time. It’s a hard task, and if you have three players in a game that doesn’t do that, you’re going to have a very bad CT side, and that has been our problem right now. It’s not like one guy is going off every time, or two guys are going off every time, it’s so random. We need to fix it.

You’ve had a very keen eye for Danish talent in the past, and I imagine that you know a fair bit more about the Danish semi-professional scene than the average fan. With that in mind, who do you see as the next big Danish superstar?

The next Danish superstar is definitely Niko or valde from Heroic.

You guys will be off to Dallas for the EPL Finals in a few weeks, will you be bootcamping or anything for that event?

So are you the one that guides that decision of ‘we’ll play less for this event, and then play a lot more for the next’ or is that more of a team feeling?

It’s a team decision I would say. I’m not the leader that is going to say ‘oh, you do this, you do this’. I’m more the guy that gives space but at the same time having a structured way of doing it. I try to get everything I want in-place, but I think the team wants to work as hard as we can for the next event, and that’s what’s going to happen for sure.