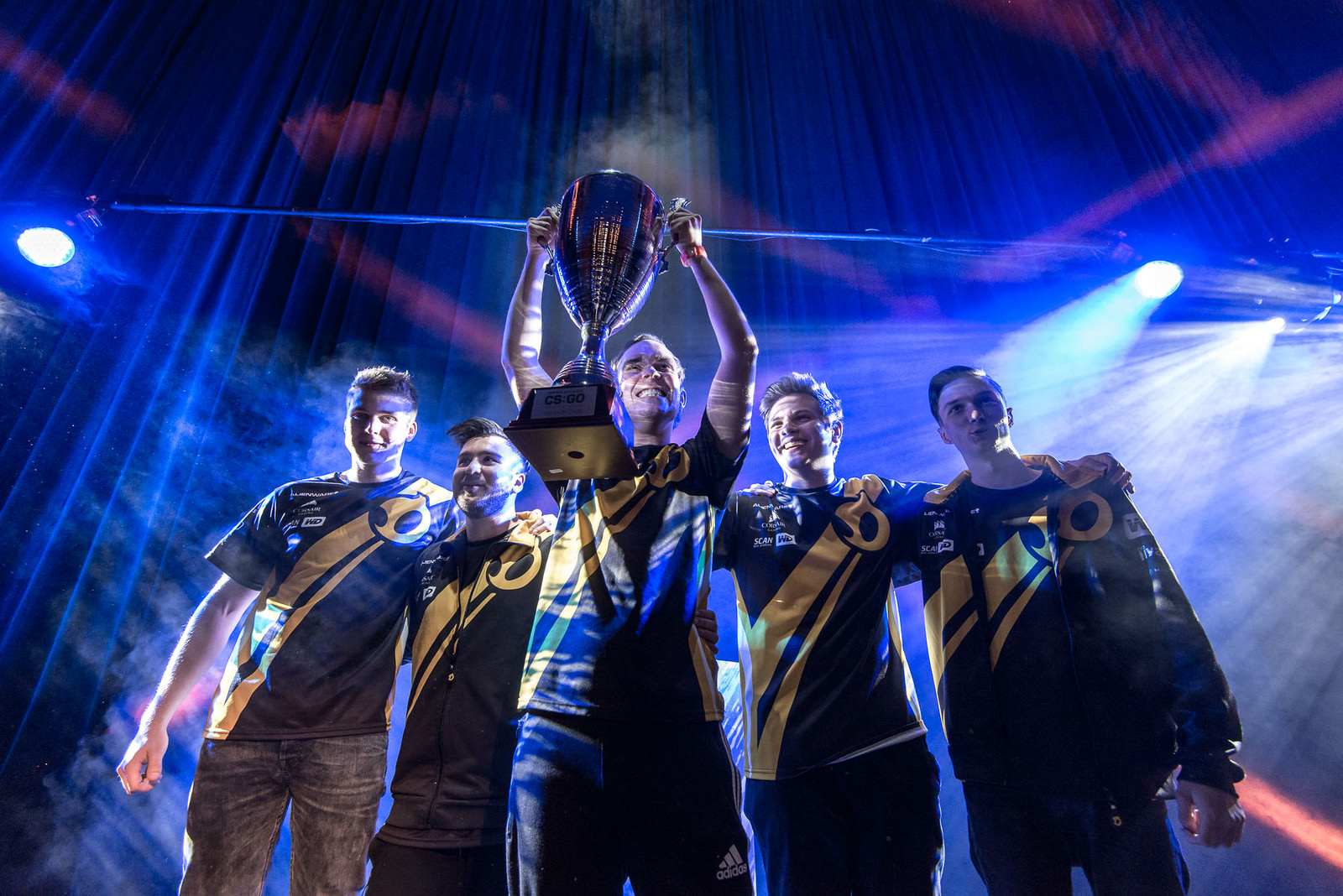 Since its introduction at the start of this year, the Minor Championship Series has established a better gradient of professional-level events in the Counter Strike scene by giving apposite exposure and funding to mid-tier teams. However, eligibility restrictions implemented in response to the creation of this circuit have been disruptive or even harmful to many top-tier teams and events.

The Minor Championship Series essentially acts as a preliminary qualifier for each Major.  They are fully realized eight-team tournaments held in four different regions (CIS, Asia/Oceania, Europe, and the Americas), which determine eight of the 16 qualification slots at the Main Qualifier for each Major. In 2015, the Main Qualifier was called the Offline Qualifier in Electronic Sports League (ESL) events and online regional “pre-qualifiers” were used instead of Minors. The third Major of the year, DreamHack Open Cluj-Napoca 2015, essentially used DreamHack Open Stockholm 2015 as their Main Qualifier for the Major, as it functioned in almost the exact same way as ESL’s Offline Qualifiers.

A team could attend the Offline Qualifier or DreamHack Open Stockholm 2015 by placing 9th-16th at the previous Major or by advancing through one of the online regional pre-qualifiers. When attending the Offline Qualifier, a team only needed to field a majority, or 3/5ths, of the players it used in the pre-qualifiers or at the previous Major. Then, moving from the Offline Qualifier to the Major, teams were again allowed to freely exchange players as long as they maintained a majority, or 3/5th, of their qualifying roster and those roster changes were permanent.  See the ESL One Rulebook sections 2.10.1-5.

Rulesets in 2016 have become much more strict, presumably because of the Minores being added on as an additional LAN qualification step. Now, a team has to field the exact same line-up in the Major that it used in the Main Qualifier, and players who participated in the Minor but did not advance through it cannot play in the Main Qualifier or Major with a different team under any circumstance. See ESL’s rule change announcement which mirrors the rulesets established in other Minor tournaments.

There is a certainly a logic behind these changes. The restrictions make a non-qualifying result ‘stick’ and prevent qualifying teams from snatching the better players off of non-qualifying teams. The perhaps unforeseen side effect is that acquisitions and trading have generally become more difficult and less effective throughout the scene.

Astralis were a top two-four team for the majority of 2015 and early 2016, but had a bad enough spattering of results in the past three months to warrant a roster change.  On May 19, eight days after they were blasted out of the group stage of the ESL Pro League Season 3 Finals, Astralis traded Rene “Cajunb” Borg for Team Dignitas’s Markus “Kjaerbye” Kjaerbye. It was a reasonable move given Kjaerbye’s talent and Astralis’s declining form, but the cost of the trade was deceptively high because of the rule changes. Kjaerbye had just competed in the Second European Minor on the 14th-16th, which made him ineligible for next the Major, ESL One Cologne, which started this past Tuesday on July 5. Over that 52 day period, Astralis had to compete in two important tournaments, E-League and the ECS Finals, which created a palpable dilemma. They had to either give Kjaerbye more practice time, thereby prioritizing ECS and E-League but risking a poor result at the Major, or they could focus on his stand-in, Lukas “gla1ve” Rossander, at the cost of the other two tournaments. They also could have split time between the two equally, which may have eliminated very poor showings at the cost of ever having a superlative result.

Under the 2015 ruleset, Astralis wouldn’t have to face any of these tradeoffs: Kjaebye could play in all three tournaments without restriction.

Ostensibly, at this Major, the rule change would only appear to have affected Team Liquid and Astralis, with Liquid being hit especially hard given the strength of Oleksandr “s1mple” Kostyliev, who is standing in for a sidelined Jacob “Pimp” Winneche, but the change could have had less visible but equally significant effects elsewhere.  Take Counter Logic Gaming for example. While the adverse swap of Josh “JDM64” Marzano for Kenneth “Koosta” Suen would have happened under either ruleset, eligibility restrictions may have made it more difficult for them to fill the vacancy left by Jacob “FugLy” Medina who was removed from the team back on May 13.

The Second Americas Minor took place on May 19,  just a few days after FugLy’s release. At the Americas minor, six of the eight attending teams were North American, meaning 30 possible replacements were possibly taken out of contention for CLG. Making matters worse, the Americas Minor was the last of the four reginal Minors to be played, meaning that many international English-speakers also wouldn’t be able to fill in for CLG at the Major. It should be said, CLG were not prevented from signing an ineligible player contractually, but that ineligibility significantly detracts from a player’s value when being considered for acquisition. Who knows how many offers have been left on the table thus far this year due the 2016 rule changes induced by the Minors.

While disincentivizing trades or limiting player movement from non-qualifying teams to qualifying teams does protect mid to lower tier teams from being cannibalized, players who play at the highest level are hampered. Teams like Astralis, Liquid, or CLG may be unable to field the five-man rosters they believe will give them their best chances, decreasing the overall quality of the event. These changes effectively prioritize the health of the middle over achieving the highest level of overall competition.

Also, consider the eligibility changes from a player prospective. In 2015, strong individual play at the pre-qualifiers or the Offline Qualifiers could immediately earn a player the right to participate at the major regardless of team results. This go-round, however, players like Hunter “SicK” Mims or Russell “Twistzz” Van Dulken, who both failed to qualify for the Main Qualifer or Major on TSM, could not be added onto a team like CLG who had a spot at the Major and were in need of an additional player. Capable players can be sidelined while stand-ins or unspectacular replacements are forced to take the main stage.

Obviously, trading between teams at any level would not be affected in the period after a Major and before the start of the next series of qualifiers starting with Minors. What’s difficult is the length of the qualification process. The first Major of 2016, MLG Columbus, started on the March 29, but the four regional Minors occurred months earlier. Start dates for the first Minor Championship Series are listed below:

The second series starting the qualification process for the current Major, ESL One Cologne 2016, were scheduled much closer to Cologne’s Jluy 5 start date, but still made the process fairly lengthy. The regional start dates for the second series are listed below:

Assuming the qualification process for the final Major of the year has a similar qualification period, these limited trading periods could total to over 180 days, or half the year. This is no small problem. Individual peaks in form last for months, not years, and timing windows for trades, mergers, and other acquisitions can be equally ephemeral. Two ways to mitigate the negative of effects of these rule changes should be fairly obvious given what has been written thus far. First, the duration of the qualification period starting at the Minor and ending at the Major can continue to be reduced. Scheduling the Minors and the Main qualifiers more tightly to the start of the Major would limit the impact of trade and transfer limitations.

The other, more aggressive solution would be to reverse the rule changes outright: to allow players who failed to qualify for the Major to participate on qualified teams. Major-qualified teams would then again be able to pick up any unqualified players as long they maintain a majority of the players they originally used to qualify, whether that be at the previous Major or at the Main Qualifer. If we were to keep the Minor Circuit in place, then extrapolating the apparent philosophy of the 2015 ruleset, teams would also be able to add players from non-qualifying teams between the Minor and Main Qualifieas as long as a majority of the roster is kept throughout the entire qualification process.

However, there would be some legitimate concerns if a 2015-esque ruleset were to be reestablished.  The more arduous two event qualification process (or three if you count the online pre-qualifiers to the Minors) has made the act of attending a Major much more of an accomplishment in and of itself. To have a player who has failed to qualify for the Major once, or even twice, still attend the Major might look or feel ‘unfair.’ And, as mentioned before, teams gaining strength by picking up strong unqualified players may also be considered ‘unfair,’ which is why rules like cup-tying and transfer windows exist in traditional sports that have extended seasons. Additionally, the existence of prize money in the Minors and the Main Qualifier may encourage good players from top teams to drop down to lower level teams to farm money with no risk of disqualification, as they will always be able to be re-added into a Major qualifying line-up.

Or you could take a more Gordian approach to this knot and remove the Minor Championship Series from the Major qualification process or just cancel the Minor Championship Series altogether. Abandoning the Minors or removing them from the qualification process would force less desirable online pre-qualifiers to again be used to determine spots at the Main Qualifier, but player movement would be much less fettered and higher levels of play at the most prestigious events could be more easily achieved. 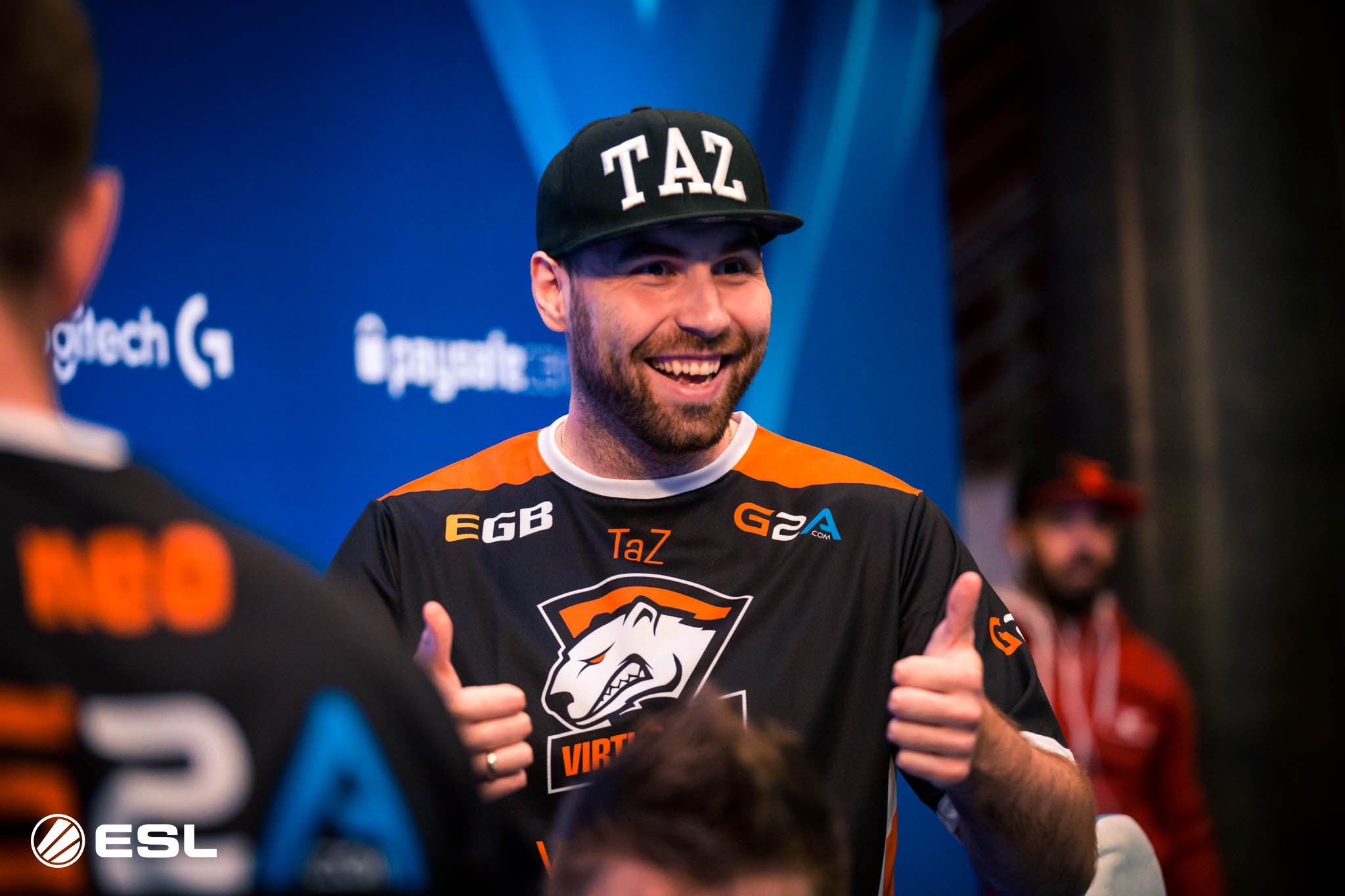 From my perspective, the most tenable and actionable choices would be to continue to reduce the waiting periods from Minor to Major and change, but not completely revert, the new 2016 restrictions.

Perhaps a good benchmark would be to schedule all four Minors tw0-three weeks before the start of the Main Qualifier while again scheduling the Main Qualifier within two-three weeks of the Major. Then trades and transfers would only be limited or disincentivized for a period of 28-42 days triannually or 84-126 days a year while still giving teams and players adequate time to rest, practice, and prepare for travel.