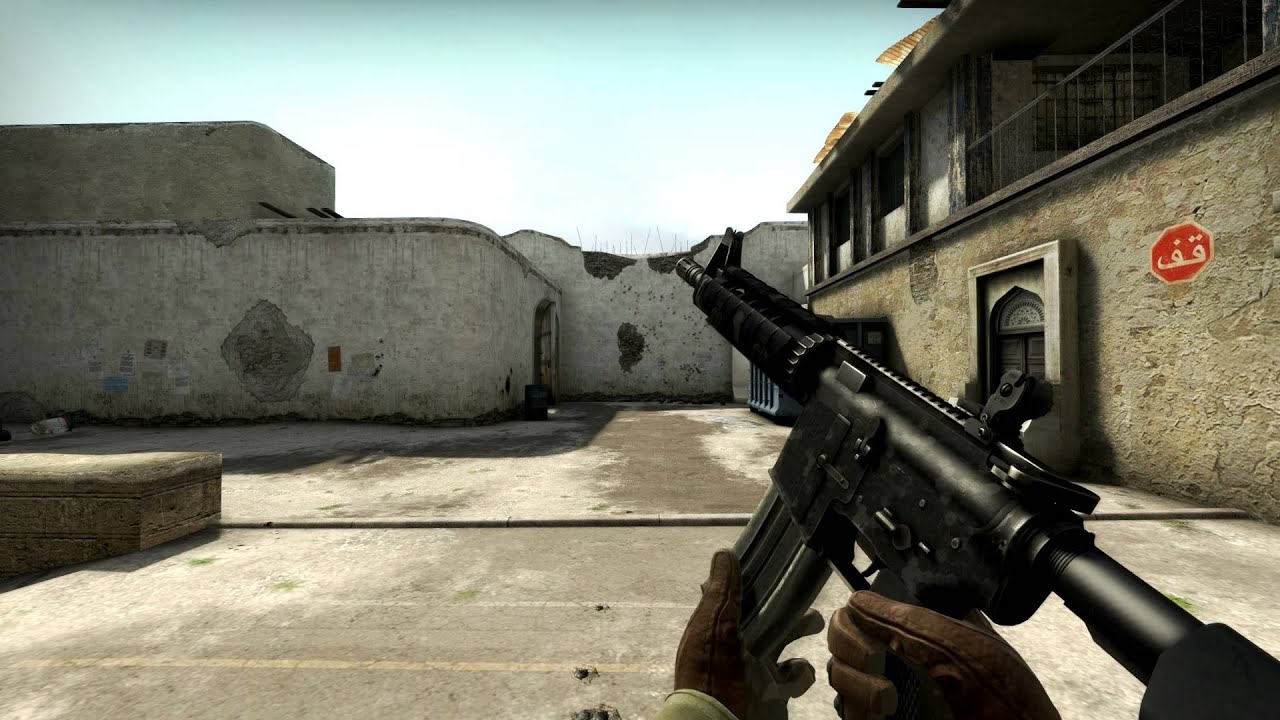 When you’re playing as the CTs in CS:GO, there are two main weapons to choose from: the M4A1-S and M4A4.

Both rifles are exclusive to the CT side and are pivotal on the defending sides, similarly to how the AK-47 is the standout weapon for the T side. But you have to choose one because you can’t have both in your loadout during the game. You must decide whether you want to have the M4A1-s or the M4A4.

Both weapons have their pros and cons and are better suited to pick in certain situations. Nevertheless, nowadays, one stands out above the other, and we’ll go through the details of each gun to settle the debate.

M4A4 is a perfect weapon for close quarters. It costs $3,100 and deals 33 damage, with 70 percent armor penetration. It also has 30 bullets in its magazine, and as a reserve for each round, you’ll get 90 more bullets. It has a rate of fire close to 666 rounds per minute and its accurate range is 28 meters. But once you start spraying for a longer amount of time, the gun’s recoil may get out of hand.

Therefore, with a decent range, a lot of bullets in the mag, and strong armor penetration, M4A4 is a fantastic choice when you’re playing short-range positions. If you’re defending spots like B site on Dust 2 or are playing on banana on Inferno, picking the M4A4 is not a bad idea since you’ll have plenty of ammo to shred through enemies in close quarters.

Nevertheless, sometimes as a CT, you need to rotate to other places, to retake a site for example. In those cases, the M4A4 might not be the best choice since, with its tough-to-control recoil, it may be hard for you to win battles at longer distances or to simply overpower enemies with high-damage AK-47s.

All in all, while these differences don’t amount to a lot, they can make a huge impact in some situations. Thanks to the silencer, the M4A1-s has a much easier-to-control recoil, which makes it a better option for long-range battles. Furthermore, if you need to retake a site or rotate to another area, you’ll be much more likely to come out victorious against terrorists since your damage with M4A1-S will be higher.

On the other hand, you’ll have fewer rounds in the magazine, and the reload time is the same as the M4A4’s (3.1 seconds). So you won’t be able to last longer in fights than with the other weapon.

In the end, the M4A1-S seems like a superior choice when compared to the M4A4. The gun costs $200 less, which in certain rounds may make a difference in terms of your inventory. With its higher damage and simpler recoil, you should also simply be more successful in killing enemies and should do it at a faster rate.

The M4A4 is still a strong weapon as well, and you shouldn’t rule it out if you’re playing in short-range areas where you have an advantage over terrorists and need as many bullets in the magazine as possible.