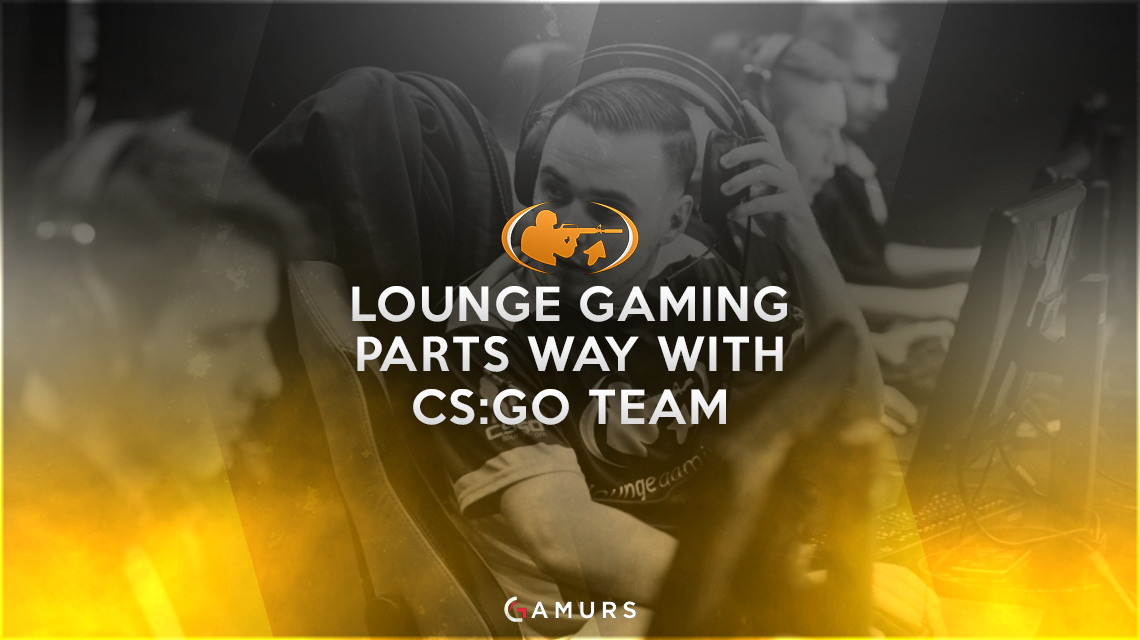 As of today, Lounge Gaming and their Counter-Strike: GlobalOffensive team have decided to part ways.

One of the players from the team, Pawel “innocent”Mocek made an announcement via Twitter, saying that he and the restof the roster would be parting ways with Lounge Gaming and havealready started looking for a new organization. In his tweet hestates, “CSGL cannot support CS team anymore.”

The team has had much success under Lounge Gaming – they tooksecond place at the ELEAGUE Road to Vegas back in January andplaced in the top four in the Dreamhack Tours Qualifiers inApril.

Fans will get to see the team play under Lounge Gaming one lasttime before leaving, however, in the upcoming European MinorChampionship at DreamHack Tours in France – this is where the teamwill hope to make it to the offline qualifier for the ESL OneCologne Major.

How do you feel about the recent announcement ? Let us know bycommenting below or tweeting us @GAMURScom.