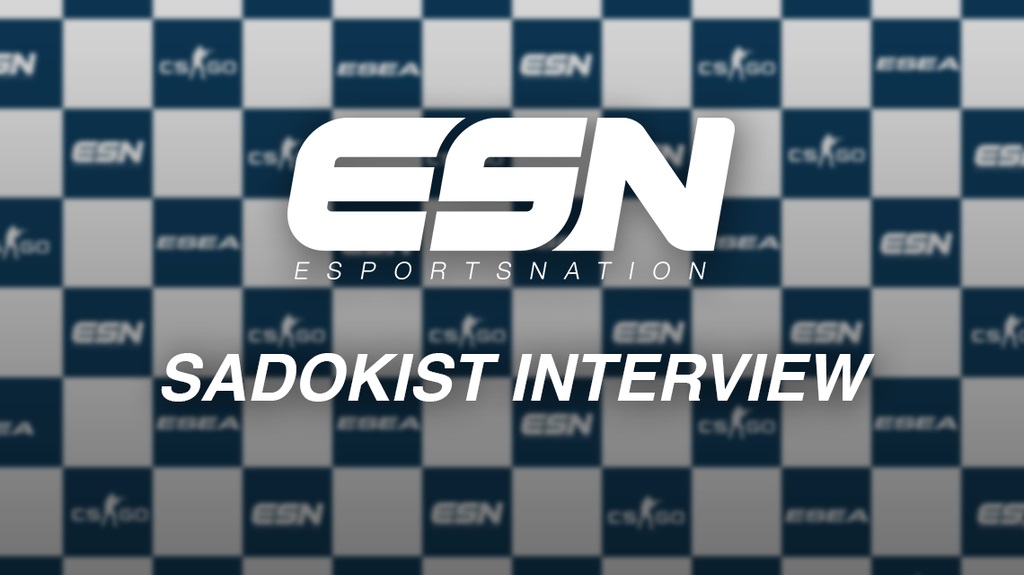 We recently had the chance to interview Matthew “Sadokist” Trivett, who will be a caster at the X games Aspen 2015 invitational.

Question: How did you feel when you were asked to cast at the X games invitational?

Sadokist: Well they actually only asked me last week so it was pretty short notice. Of course I was pretty pumped when I found out they wanted me to cast. There were rumours and people saying that they were going to ask me, but I didn’t take it seriously, so when they actually asked me I was shocked. I use the word relatively a lot, but I am relatively new to the casting scene so I wasn’t expecting it at all.

Question: Casting can be quite a tough job sometimes, Are there any names you’re not looking forward to saying/afraid you might mispronounce while casting?

Sadokist: Well I have been known to mess up names a lot, but there are no names I’m really dreading saying.

Question: A bit off topic, but how do you feel about the recent IBUYPOWER betting scandal?

Sadokist: Well I’m going to go out on a tangent here, but first of all I don’t really know why we’re still going back to this. I personally feel that there wasn’t enough substantial evidence, I mean those screenshots could have easily been photo-shopped, I could take a conversation between myself and you and easily screenshot those messages over it. I feel that people only leak these things for the sole purpose of causing controversy. I think no professional players should be allowed to bet on themselves or even other games. There needs to be a sense of professionalism in eSports now and people don’t take it as serious because it’s a videogame but there definitely needs to be respect. I think the idea of rigging matches just to get in-game skins and sell them off is silly. The whole incident with IBP was suspicious and they definitely lost under strange circumstances. Five teams were involved and there definitely is a fine line now and it still needs to be discussed.

Question: What maps do you think will be coming up a lot over the 3 days of X games and how do you think map choice will come into play with the teams?

Sadokist: Map choice is going to be a huge dynamic, especially in the pool games. Seeing as there is only one game between teams in the pool stages, the map choice could potentially change the whole outcome of the game. My favourite maps would be Cache and Mirage. The map pick could cause an upset but I think we’ll be seeing a lot of Inferno, Mirage, Dust 2 and Cache.

Question: Who would be your top 3 players to watch over the X games invitational?

Sadokist: My number one player to watch over the event would have to be ShaZam. He is really underrated at the moment and I think he showed off his skill when he played for Denial. I think ShaZam would be the second best AWPer in the world at the moment, Skadoodle being the best. I think with ShaZam being so good at the moment, Cloud 9 can take down Dignitas in the pool stages. My number two person to watch would be JW, simply because of his potent presence on FNATIC. His freestyle Awp movements and angles just make him unbeatable at the moment. Also I’d keep an eye on Maikelele, he’s been great for NiP so far and he’s brought a refreshed sense to NiP, especially after his performance at Dreamhack Winter 2014.

Question: After what happened at the Dreamhack Winter 2014 final, are you hoping to see LDLC and NiP going up against eachother again?

Sadokist: I definitely do want to see them come up against each other sometime in the tournament but I don’t think NiP are going to make it to the final. No offense to NiP, I just think that the final will be FNATIC against LDLC. I’m excited to see what LDLC can do.

Question: Finally, What team do you think will come out on top at X games 2015?

Sadokist: I’d personally love to see a North American team win but I do think that FNATIC are going to win because they just seem so motivated at the moment. But I guess we will just have to see.