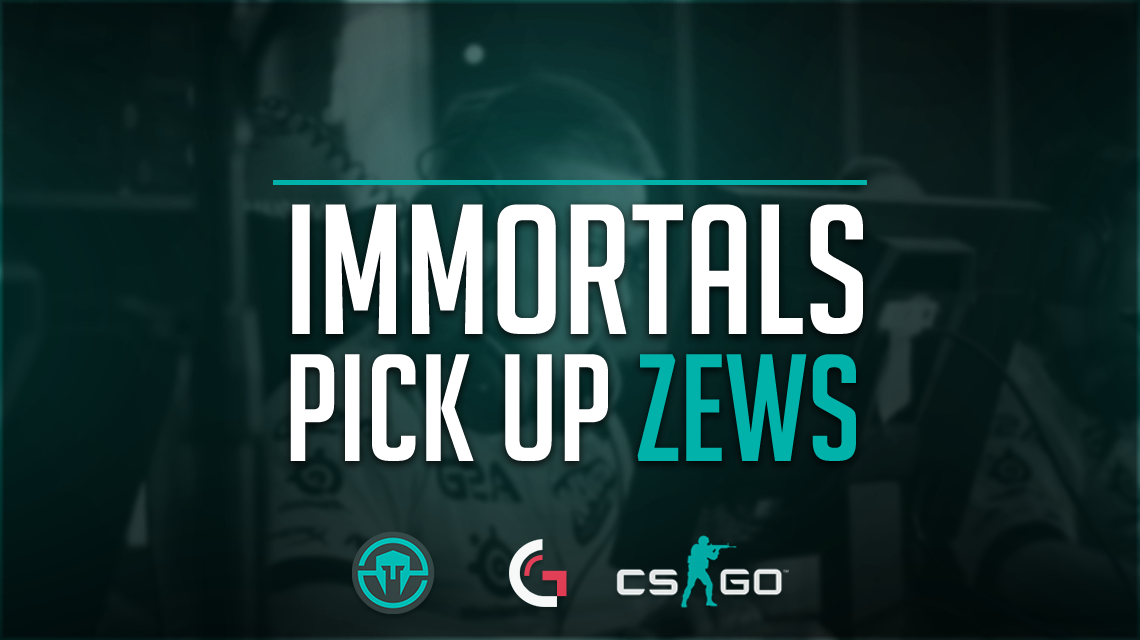 On Thursday, Immortals announced, via their website, that they have picked up Wilton “Zews” Prado for their active roster. With this pickup, zews has replaced former player, Gustavo “SHOOWTiME” Gonçalves. SHOOWTiME’s contract was bought out by Immortals, showing that Immortals did not want to pass up on zews.

Zews is mostly known for being the coach of SK Gaming (ex-Luminosity), as he was a part of the team through two major titles. Throughout his time of being a coach, there was always a soft spot there for him wanting to play. He let his fans know this by saying it in a twitlong, “But like most out there, the dream to play is always there…” When the offer came from Immortals for him to be the in-game leader for their team, he could not say no.

On the SK side of things, Ricardo “dead” Sinigaglia will take zews’s role as coach as Gabriel “FalleN” Toledo announced via Twitter.

Under the organization name Immortals, the team has only achieved first place at DreamHack Summer 2016. To get there, they defeated GODSENT and Ninjas in  Pyjamas in the finals. Immortals next event is currently unknown.

Do you think Immortals will dominate the scene with this new pickup? Let us know in the comments and make sure to follow us on Twitter, @GAMURScom, for live coverage and other esports content.