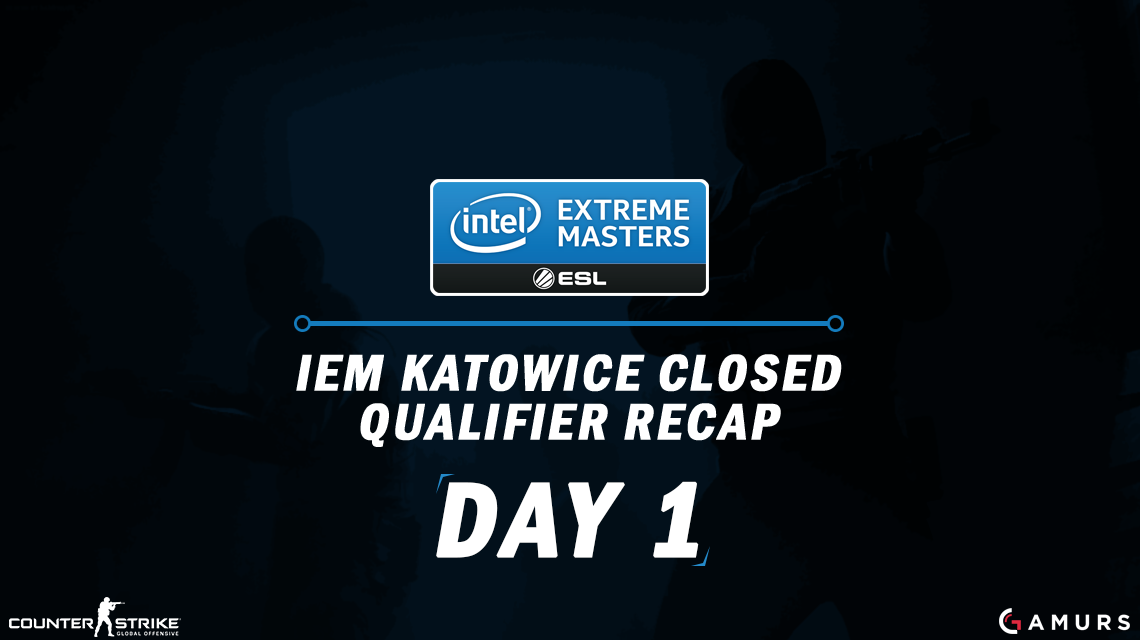 The IEM Katowice closed qualifiers for both the North American and European regions kicked off today.

While the Americans were sleeping, the EU qualifier began with 11 teams:

Due to the post-major shuffle, seven of the 11 rosters were different than their most recent tournaments. The biggest changes were obviously G2 and EnVyUs’s lineup overhauls, with each team replacing three players from their ELEAGUE major rosters. Other changes from the above teams included Fnatic and GODSENT’s trade early Saturday, Heroic’s benching of Michael “Friis” Jørgensen, and mousesports promoting Tomáš “oskar” Šťastný to the starting roster again in favor of Chris “chrisJ” de Jong.

These roster changes and lack of practice with the current lineups gave a significant advantage to teams with a stable roster such as Na`Vi and even Tricked, who are severely underexperienced on such a level when compared to the veteran teams in the field.

Upper Bracket: Round One

Lower Bracket: Round One

Tomorrow’s play will begin at 3 p.m. CET (9 a.m. EST) with Na`Vi taking on Heroic in a match where the winner qualifies for Katowice. The other scheduled matches are mousesports versus Epsilon Esports and Team EnVyUs taking on Tricked Esport in the LB quarterfinals.

The Americans were just beginning with their four-team closed qualifier when the Europeans ended their day. The NA closed qualifier would best be described as small in size but large in implications. The following teams went to battle in an attempt to qualify for IEM Katowice and represent North America, along with OpTic Gaming and Cloud9:

This qualifier was the first time that the public would be able to see new Liquid in-game leader, Peter “stanislaw” Jarguz in action after leaving OpTic Gaming for his new team in TL.

The tournament will resume at 3 p.m. EST, with the grand finals between Team Liquid and Immortals. Since Immortals has already beaten Liquid in the qualifier, TL must win two best-of-three matches, while Immortals only needs to win one.

Who do you think will qualify? Let us know in the comments below or on Twitter @GAMURScom.