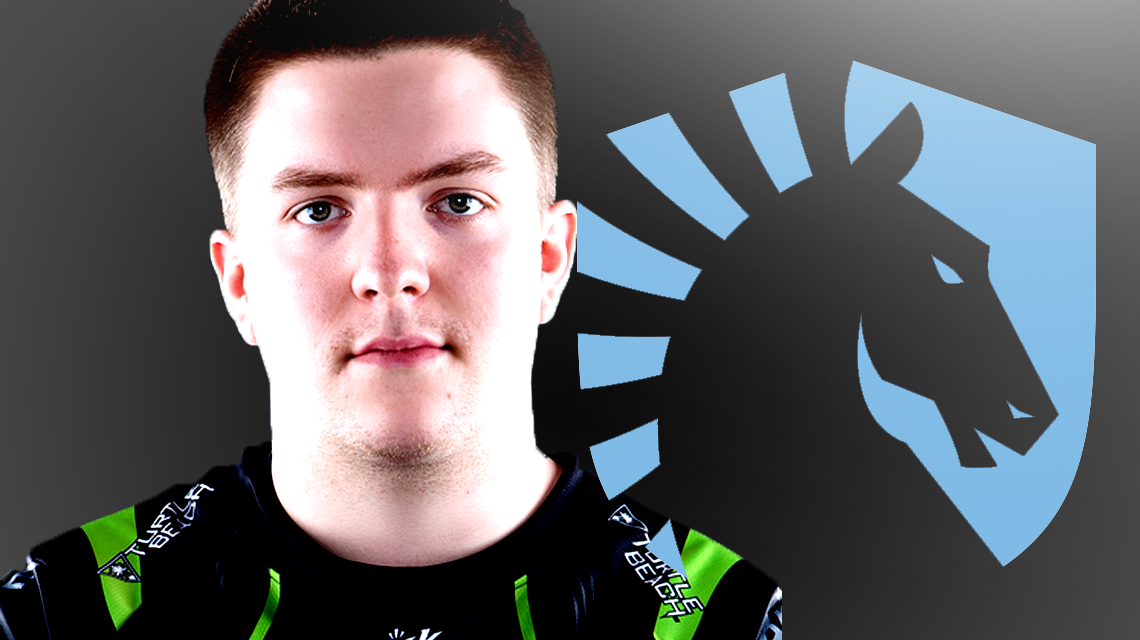 Peter “stanislaw” Jarguz was a part of a winning lineup, something that is not only rare for all competitors in any competitive discipline, but especially for North American Counter-Strike pros. Plus, stanislaw did not attain success easily. There were many years where he struggled against lower tier North American competition on teams you wouldn’t recognize. It was a stroke of luck that he found his way onto OpTic Gaming, that the pieces came together, and his team became known as a force to be reckoned with. So, why leave? It was his team after all. And why leave for a team like Team Liquid; a team that has been struggling as of late?

I ranked Liquid as the tenth best team in 2016, despite what OpTic did at the end. Let us not forget the records Liquid broke, the ground that they trod, so that OpTic and Cloud9 could achieve what no North American team had done for 10 years. With all of the hype surrounding players like Jake “Stewie2K” Yip, Tarik “tarik” Celik, and Will “RUSH” Wierzba, it seems as though many people have forgotten the likes of Josh “jdm64” Marzano and Jonathan “ELiGE” Jablonowski. This is fairly easy to do considering how few events Liquid attended. With that said, I believe Team Liquid is a team in stasis. But is it really the right team for stanislaw?

On OpTic, stanislaw appeared to have control over the team in terms of tactics and strategy. The team was playing in the way that stanislaw’s past teams had. Plus, with a slow, thought-out, style like that, how could the other players be responsible for it? One look at Tarik’s rather brainless play in Rank S and on Counter Logic Gaming, both being arenas where Tarik has played in without strong leadership, will immediately quell the thought. Tarik was also notoriously defiant at the end of his time on CLG, as they were holding him to his contract and not trading him to teams with the means to pay his buyout. In addition to his tactically oriented mind, stanislaw’s success with players similar to Tarik answers the question of whether stanislaw can be a leader of men. Such a leader has been lacking on Liquid since its inception.

Imagine if players like ELiGE and jdm had the proper direction and support around them. Without leadership, Liquid has been unpredictable in how they will perform. At the majors, Liquid got lucky and they performed incredibly well, but at the other events of the year, Liquid seemed lost. If you look at how ELiGE, for example, played at the ESL Major versus the other events of the year, you could see that something had clearly changed with his playstyle. He was more proactive and made plays, when previously he achieved success based on the opponents falling into his waiting hands. Clearly, everyone on Team Liquid has shown us that they have the ability to do great things, but because of their lack of leadership, I suspect, they have not played to the best of their ability.

jdm is someone who can do very well given the proper backing, and with it, we can count on consistently seeing jdm perform at the highest level known to exist with an AWP. He may not be quite as good as god mode Kenny “kennyS” Schrub and Ladislav “GuardiaN” Kovacs, but he sure has consistency.

Part of the reason why jdm has yet to get the support that he is due is because of the players Liquid has retained. Spencer “Hiko” Martin originally came into Team Liquid as a highly performing lurker, but since the style was no longer effective and his role was in contention with other players, Hiko was not able to perform to the level people expected. With Jacob “Pimp” Winneche, the star AWPer, jdm, had some of the needed support around him, but because of the Valve coaching ban, the added support Pimp brought was completely exacerbated by the loss of Luis “Peacemaker” Tadeu. Now that stanislaw has joined the team, someone who can support jdm along with Pimp, as well as lead the team tactically, so Team Liquid will be able to gain the full benefit from their stars.

I am hopeful that Team Liquid can see some very positive change from this move because of the success seen from other teams after a similar move, like FaZe Clan. Look at the massive improvement that Finn “karrigan” Andersen brought to FaZe. Within three days of joining, karrigan transformed FaZe from disorder and chaos into a team that took best-of-three wins off of Cloud9 and Immortals. FaZe is a perfect example for what stanislaw can do with Team Liquid, because they are both disorderly teams with a semblance of skilled players that an intelligent leader joins. In my mind, if karrigan can do that much work for FaZe, then stanislaw can do as much, if not more, given the resources he has to work with on Team Liquid. Admittedly, the level of skill is not there when compared to FaZe, but what Liquid lacks in skill, they make up for in communication, which comes with the potential for teamplay.

For us outsiders, it is very easy to treat roster moves like a game of chess. By that, I mean Player X joins Team Y and Result Z happens. It’s not that simple. stanislaw has to put in great effort so that this move will work. It is not as simple as “Knight takes Queen” to go back to the chess example. So, what are the “win conditions” of this move?

Nick “nitr0” Cannella and ELiGE ought to be the main entry pairing. ELiGE is unique as he is a high level player in multiple games, similar to Patrik “f0rest” Lindberg’s transcendent ability when it comes to gaming also. While ELiGE has yet to prove he can be as superlative f0rest, he has shown an incredible ability to make uncanny plays, also comparable to another notable CS:GO player – Janusz “Snax” Pogorzelski. nitr0 definitely lacks the potential that ELiGE has and his role has often been uncertain, but nitr0 is not needed to be an all-star player in any sense of the word for this team to succeed. OpTic was able to win ELEAGUE Season 2 without their two star players. Plus, few teams have the perfect pieces in all five players. nitr0 simply can fulfill the role of supporting ELiGE when it comes to opening up rounds. It may result in worse stats for nitr0 or end up breaking the team some time in the future, but it will work for the time being.

If I were the one planning out Team Liquid’s default strategy, I would put the remaining players in a trio. jdm has proven that no matter the stakes, he can be the best AWPer in the world*, if given the necessary support. Being North American, jdm has lacked that support for years now, but with stanislaw and Pimp supporting him, he can now push the limits of the AWP. The reason why jdm has been underwhelming or not impactful at certain times is because he is extremely weak on rifles. He might as well stick with a pistol if an AWP cannot be bought, since his rifles are horrendously bad. In brainless North America, none of his in-game leaders, random players forced into the role, realized or acted upon that information. I have great optimism for these past mistakes being successfully avoided because stanislaw is a dedicated in-game leader, and a good one at that.

*Please note that playing to the highest level we have seen in the current climate with a substantial amount of team resources does not make ELiGE the best AWPer currently, nor does it make him the best AWPer ever.

In the upcoming climate, there will be many loose, skill based, teams that Liquid will have to compete against. In order to succeed, stanislaw will have to switch up the roles slightly. Depending on the scenario, jdm, stanislaw, and Pimp could instead be the group that opens up bomb sites, much like how kennyS and GuardiaN have been used on their teams. The reason why this wouldn’t be default is that teams do not always have the money to afford an AWP and going into sites with the AWPer in the open is a bit risky if he is not in peak form in that given moment.

Team Liquid is also lacking a lurker in the outlined default strategy. I believe that Hiko’s tenure on Liquid has already shown the inefficacy of the role in the current climate, which is why it should not be counted on every round. However, a lurker or passive player is a valuable asset to a team. Given stanislaw’s role as in-game leader and his history with the role, when the need arises in a tactic for someone to catch rotating enemies, it would make the most sense for stanislaw to do this.

How much of this can we count on seeing Liquid develop within the next few months? The roles should not be a problem, since there is no contention for roles among these players in the system I postulated. A player may not do what they are counted on doing, but that is something stanislaw can’t help nor be predicted at the present time. Unfortunately, that comes with the territory of nitr0 and ELiGE, who really only showed us their full potential at a few LANs in 2016. The bottom line is that nitr0 and ELiGE are going to have to play to their potential in order for this team to work. In this instance, potential does not mean a ceiling that they have yet to show, but a level that they have hit without an acceptable level of consistency. Since this is an NA team, they are also much more prone to drama and disasters from out of nowhere. These are not excuses for stanislaw, but merely “occupational hazards.” There is no real way of knowing at this point whether or not his sudden departure from OpTic Gaming will come back to haunt him, or should I say “end up with him get maimed,” but I remain optimistic about NA CS and stanislaw.