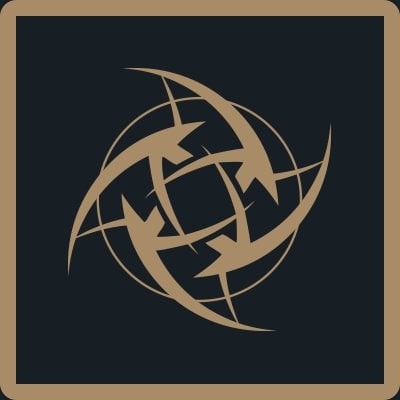 Ninjas in Pyjamas, the most legendary Counter-Strike: Global Offensive team in the world, have come under criticism recently after losing their Legends status – a name given by Valve to the majors’ top eight teams, who directly qualify for the next one – at ESL One Cologne. Is Björn “threat” Pers’s system working? Are we sure Jacob “pyth” Mourujärvi was the right pick-up? Is it time to blow up the core of Patrik “f0rest” Lindberg, Christopher “GeT_RiGhT” Alesund, Adam “friberg” Friberg and Richard “Xizt” Landström – who have been together since the game was released in August 2012? Or can this team still recover, as HeatoN proclaimed in an interview?

When Counter-Strike: Global Offensive was released in August 2012, NiP were ready to rule the world. The team played enough of the game’s beta version that, for the first time his six years of superstardom, f0rest actually stopped using the silencer on his M4A1 in Counter-Strike 1.6 – as the early version of the new Counter-Strike game did not come with a silenced Colt. And rule they did, winning 87 straight maps offline, prior to finally seeing their streak end in April 2013 against Mihail “Dosia” Stolyarov and Kiril “ANGE1” Karasiow’s Virtus.Pro lineup.

But the Ninjas remained a top tier team, though they grew more inconsistent as time flew by. The run with the initial Robin “Fifflaren” Johansson-fielding roster culminated in ESL One Cologne 2014, when the Swedes finally won a major after losing in the grand finals of the first two – both times coming in as favorites – against Fnatic and Virtus.Pro.

Still, the months that followed saw NiP go on a prolonged slump, suddenly missing out on the offline finals of events such as FACEIT League’s Season 2 and SLTV StarSeries XI, and bowing out in the group stages of both DreamHack Stockholm Invitational and ESWC 2014. Shortly after ESWC, Fifflaren announced his retirement from the team, and a day later Mikail “Maikelele” Bill, a former teammate of Dennis “dennis” Edman, Freddy “KRIMZ” Johansson and Olof “olofmeister” Kajbjer in LGB eSports, joined NiP on a trial basis. Their first event was set to be DreamHack Winter 2014, the next major on the calendar.

NiP ended up finishing second – and it is hard to understand how much of an improvement that was unless you witnessed NiP’s struggles in real time earlier that fall – with f0rest putting in a near-MVP like campaign, finishing the tournament with his best rating in nearly six months and as NiP’s best player. Maikelele had a solid showing overall, and despite playing near-identical brand of Counter-Strike with their new fifth, and Faruk “pita” Pita as a coach, the team found a way to make it work. But again, the team grew stagnant, and Maikelele was shown the door in February, a mere month before ESL One Katowice 2015, with the Swedes trialing the likes of Marcus “Delpan” Larsson in online matches before settling on their new recruit.

In the end, it was Aleksi “allu” Jalli who became the fifth Ninja and helped propel the team to yet another second place finish at a major – the team’s fourth overall – and record fifth grand final appearance at the majors. This time it was not f0rest’s stats that led the squad, but rather the performance of GeT_RiGhT – who would have been the clear choice for MVP, had his team been able to win the grand final. Lack of time to prepare guaranteed that NiP had very few new tricks in their sleeves, and Xizt’s team had only had one poor showing with Maikelele – IOS Pantamera Challenge – but yet again a roster move allowed NiP to overcome the odds and perform well right out of the gate.

The months that followed saw NiP go through a truly brutal stretch of Counter-Strike. The team only made a couple of grand finals, but never got a win with allu on-board and Joona “natu” Leppänen seemingly unable to help as a coach. To add insult to injury, the team went for months and months without picking up a meaningful best-of-three series win, and with GeT_RiGhT reportedly close to signing with Cloud9 to move to North America, the team was – by most accounts, anyway – all-but dead. That is, until they announced their roster for 2016.

Fans had been calling for the ousting of friberg, and potentially even Xizt, for months. Instead, NiP saw generally liked member allu depart for ENCE, with Jacob “pyth” Mourujärvi taking his place, and Counter-Strike 1.6 mastermind threat becoming the team’s coach and in-game leader. The pick-up of pyth was curious in most people’s minds, given he had struggled to put up meaningful numbers in his time across the pond against weaker opposition, but everyone seemed to agree that threat was the right choice for the team known for their loose playing style, and was expected to help them revitalize their game after the worst year in NiP’s history.

Unfortunately for NiP, threat was not able to join the team until late February, making the first months largely forgettable. The team showed promise at IEM Katowice – directly after threat’s return to Sweden – but pyth’s visa issues, stemming from the time spent playing for Luminosity and Winterfox, made him unable to attend MLG Columbus. With the first major effectively ruined for NiP – who still managed to make top eight with threat’s help – the true debut tournament to test the powers of 2016 NiP was DreamHack Masters Malmo.

Once more the Ninjas prevailed, beating Astralis, Virtus.Pro, GODSENT and Na`Vi to win the $250,000 tournament. While the win has an asterisk next to it due to NiP having missed MLG with pyth, and Malmo being a cool-down event of sorts for the rest, there is no denying the fact that f0rest and company once more came out of the gates at their first proper tournament following a roster change, and surprised everyone with a victory against all odds.

In fact, if we look back to the Counter-Strike 1.6 days, a pattern begins to emerge when looking at both f0rest’s, and later on GeT_RiGhT’s, tournament history.

By the standards of having arguably the world’s most talented player in f0rest and being one of the favorites to win each event, Fnatic had slumped in late 2008, leading to the departures of both Oscar “Archi” Torgersen and Oskar “ins” Holm in early 2009, to make room for Rasmus “Gux” Ståhl and GeT_RiGhT. The Fnatic team of 2009 became the most dominant team in Counter-Strike at the time, and famously won IEM III World Championships – a major then – at CeBIT, mere weeks after the roster changes were completed. The clear MVP was f0rest, whose exploits were documented well in the highlight reel below.

Later in the year Fnatic again went through issues, most notably going out in 5-8th place at DreamHack Winter 2009. Gux parted ways with the team to become the star of Lions, a team whose in-game leader – threat, the current coach of NiP – Fnatic plucked away. Though Fnatic lost their debut event’s grand final to mousesports at IEM IV European Finals, and placed runners-up to Yegor “markeloff” Markelov’s Na`Vi roster – who went on to become one of the best teams of all-time that year – at IEM IV World Championships shortly after, the team flourished with two top two showings right off the bat.

In the summer, following Fnatic’s early exit at ESWC 2010, threat was shown the door – with Gux returning to the team, notably in the first public contract battle in Counter-Strike history after a stint as the star of SK Gaming’s roster. Statistics are no longer publicly available, but f0rest went on to put in clear MVP performances at their first two events, GameGune 2010 and IEM V Global Challenge Shanghai, helping Fnatic to two wins out of the gate. Both earned their own highlight reels, linked above, showcasing the barely-post-prime f0rest at his best.

The same pattern repeated itself once more in early 2011 – after the duo of f0rest and GeT_RiGhT had left the ranks of Fnatic to form a new superteam under the banner of SK Gaming – when the team recruited Delpan to replace temporary stand-in dennis, who now plays for Fnatic. SK wound up winning DreamHack Summer 2011, their first event together, once more making the most out of a roster change and coming out in top form despite having had little time to prepare as a team.

It is certainly possible that most of the changes simply made sense, and f0rest and GeT_RiGhT’s teams improved due to the personnel changes, with no changes elsewhere – or, ceteris paribus, as some may prefer put it. But it also seems telling that the same pattern has been there not only throughout NiP’s existence in CS:GO, but throughout the history of both players across Counter-Strike 1.6, with a number of examples listed above. I for one do not think it is simply coincidence. There is a clear correlation, and I do think there is also causality.

I believe the ability is still in both f0rest and GeT_RiGhT to put in the needed work to become the world-beaters they have been for so long. I do not doubt that either could still, in 2016, become the MVP of any tournament, but it clearly requires more effort to be summoned and roster changes seem to be the easiest way to do it. In fact, it seems changes have been the main catalyst for those spurts for years and years now. And if you believe in the thesis here, it would make sense – teams often put in far more work and practice harder directly after making changes.

Will NiP find a way to get more effort out of their superstars now, much later in their careers, or are further changes down the line the only option moving forward in their search for success?