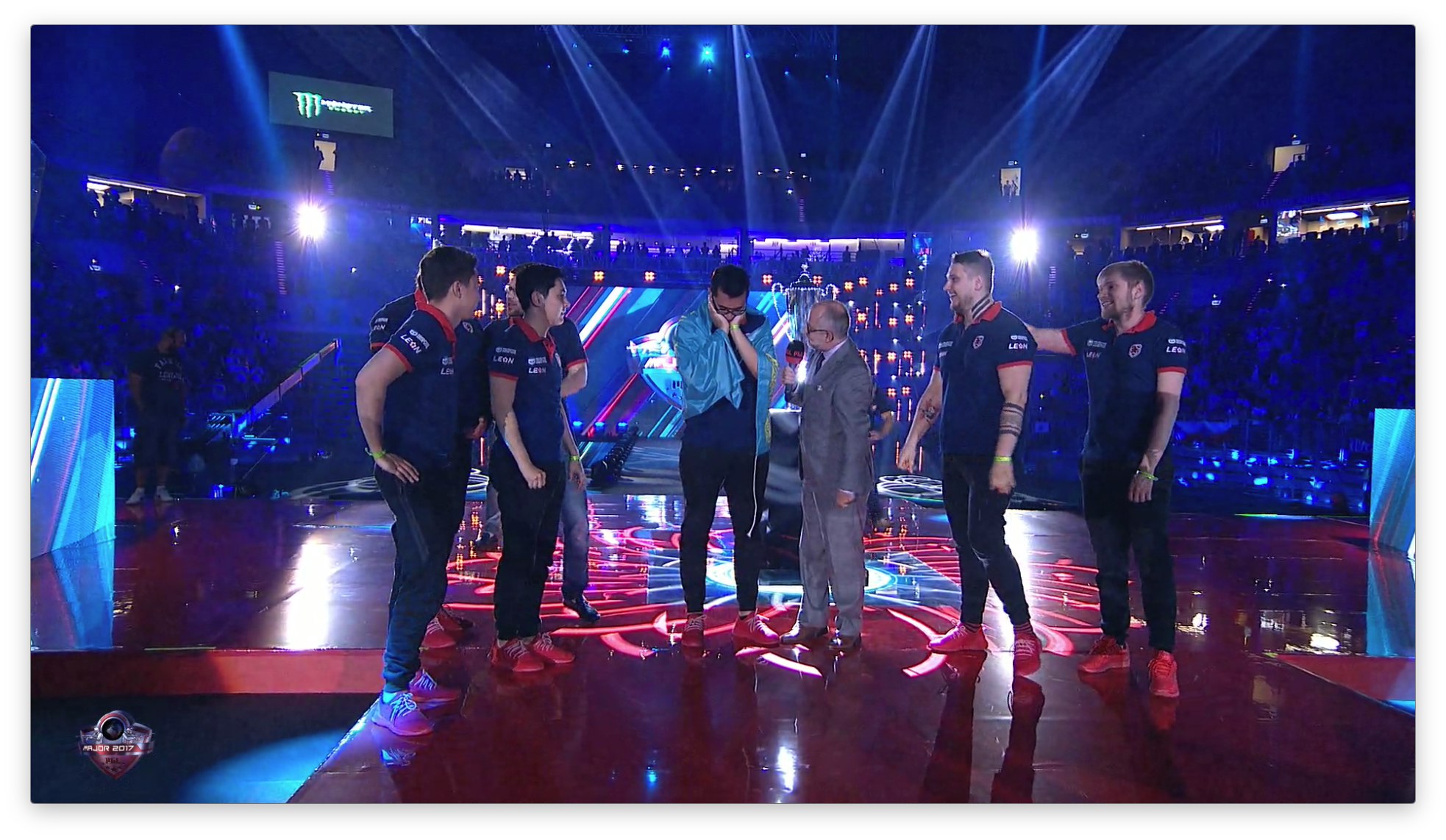 A brand new Counter-Strike: Global Offensive champion was crowned after a week of competition at the $1 million PGL Major, and Gambit Esports are the newest major champions with their victory over Immortals earlier today.

The first map pick went to Immortals, who picked Cobblestone, while Gambit selected Train as their own pick. Inferno was left as a result of Immortals’ Overpass veto.

The Brazilians commenced the grand final with an exceptionally explosive Terrorist side against the CIS powerhouse. Immortals retained a stellar 12-3 lead at the half by winning a majority of their aim duels mid-execute, leaving Gambit scratching their heads tactically on defense. Henrique “HEN1” Teles earned himself a pivotal one-on-three clutch to prevent a sway in momentum late in the half.

A crucial pistol round win kept Gambit out of the game, allowing Immortals to close out Cobblestone with a fundamentally sound economy. Despite losing an anti-eco, Immortals won Cobblestone with confidence at 16-4. Pistol round 3Ks from Vito “kNg” Giuseppe (the first) and Lucas “steel” Lopes (the second) played a critical role in the team’s map one win. HEN1 also ended the map at the top of the server with an AWP at a 22-4 kill-death ratio.

The match momentum changed drastically as Gambit kicked off their map pick with a solid Terrorist side of their own by effectively isolating aim duels throughout both bomb sites. Once Immortals stabilized their economy, they answered back with rounds of their own, using double-AWP setups on A. Train ended 9-6 at halftime in favor of Gambit.

Immortals struggled to dismantle Gambit’s 3A-2B default in late round executes. Gambit played passive retake on their Counter-Terrorist side, forcing a restless Brazilian team to make more mistakes. Gambit tied the series 1-1 with a 16-11 scoreline. Rustem “mou” Telepov top-fragged at 28 kills–the majority of which were high impact frags.

Gambit chose to start on the Counter-Terrorist side of Inferno, and it paid off for them with a swift 5-0 lead. The Daniil “Zeus” Teslenko-led team defensively kept Immortals in check mostly at middle and banana, giving them only four rounds on the Brazilian’s Terrorist side for a 11-4 lead.

Immortals won the second pistol round and followed it up with a four round streak to prove that the major final wasn’t over yet. Gambit’s preference for the B site resulted in a battle of UMP-45 attrition because of both teams’ declining economy. Immortals’ economy took a nosedive after they lost a four-on-two retake at 14-10, essentially handing the match point to Gambit. Post-plant defensive clutches from Zeus and Abay “HObbit” Khasenov gave Gambit the rounds they needed to break Immortals’ spirits towards the end of the match. Zeus’ major prophecy was fulfilled when they finished Inferno 16-10.

The PGL Major is Gambit’s first major championship title win in history and also their second title of 2017. Their win in Krakow, Poland earned the CIS team $500,000 and a spot among Legends in the annals of Counter-Strike history.