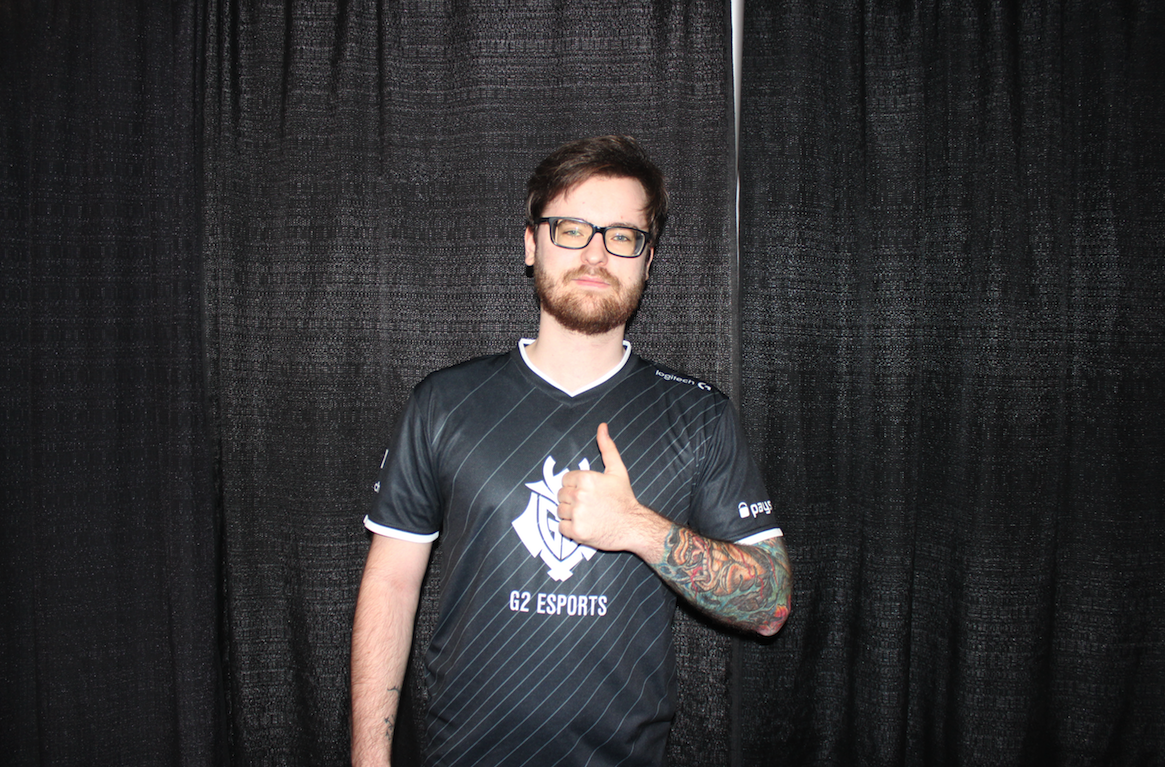 French super team G2 Esports is on track to potentially win their first Major in two years, and Nathan “NBK” Schmitt was happy to speak about the team’s current form at the ELEAGUE Major: Boston.

NBK hasn’t taken the Legend title since he won the DreamHack Cluj-Napoca Major in 2015 with Kenny “kennyS” Schrub and Dan “apEX” Madesclaire, but he’s optimistic about what the team can do under the new leadership of Richard “shox” Papillon. With two championship wins in 2017 under his belt with newcomer Alexandre “bodyy” Pianaro—at the ESL Pro League Season Five Finals and DreamHack Masters Malmo—NBK and his French comrades are hoping to take the crown from other heavily-favored teams, such as FaZe Clan and SK Gaming.

NBK sat down with Dot Esports to discuss the team’s path through the Major.

This is your first playoffs since 2015, when some of you won the Major at Cluj Napoca with Team Envy. What does this Major mean to you?

Our very first objective was to get to the Legend status again, because we have missed that for too long now. And so that kind of Major is always going to have an asterisk next to it in a sense that there are teams that are playing with their coaches or with stand-ins, but I mean it’s a Major and everyone is gonna try their hardest to win it.

[Now] we’re going to try to go all the way. It’s not going to be easy, but we believe that we can take any team on any map right now, except Train because we don’t play it. But aside from that, yeah we feel confident as a team, so we take it game after game. Our objective now that we’re past groups is definitely winning the tournament.

How has the team been preparing mentally, especially with this being bodyy’s first Major playoffs?

We’re all very happy for him because obviously he missed so many playoffs. I know for a fact that he is more focused than anybody else because he really wants to get that win and that he [earned] this spot here in the roster regardless of what people are saying.

It’s going to be a tournament just like any other. That’s what we try to do, like we did at the ESL Pro League and at DreamHack Masters Malmö. We treat it like a big normal tournament. And again taking it game after gaming regardless of who we face. It’s gonna be hard because all of the teams want it as much as we want it. It’s up to us if we want to win we have to beat everybody. It’s up to us to make it.

A lot of the teams see G2 as a dark horse, considering you went 3-0 in the past two stages (New Challengers and New Legends). You even tweeted that you’re going to win the Major. How confident are you going into the playoffs?

That was obviously a funny tweet that I made because of the Cloud9 draw that I predicted, but aside from that, I think we didn’t have the hardest path. We beat the teams we had to beat, and we have to know that in a sense. For instance, even Quantum Bellator Fire we beat them 16-4, but it was much tighter than that. We won three or four clutches in a game that were, at some point, very crucial. Some of our strats didn’t work the way we wanted to, and so we made some mistakes in that regard. So we can’t let those things happen again in the playoffs because that’s gonna bite us in the ass pretty bad if we make them.

We just have to be thoughtful about what our real level is and keep in mind that… it’s good to achieve Legends, but we are still so far from providing a real high level. And for instance, we dodged FaZe Clan and SK Gaming in that 2-0 group [of the New Legends stage]. If we were to face them, it could have gone wrong very bad. [We could] lose and go 2-1 and maybe play SK, Natus Vincere, or Fnatic, and it can go downhill pretty quick. We didn’t want to do that, so we stayed very focused game after game, and ended up winning. So that’s good!

One of the biggest critiques that analysts have for G2 is your forcebuys. How have you been managing that in preparation for the Major?

I don’t know if we changed that much. We’re trying to win pistol rounds first of all haha and it’s when we get the economy rolling and we know the team we are going to be playing first round. We focused a lot on pistol rounds, and luckily, we’re literally reaching good peaks on pistols. That definitely helps us getting economy in a better way.

Aside from that, it’s always going to be the thing with French teams. We just think we are too good with pistols and we don’t pass on the opportunity to break the opponent’s [eco], even though sometimes we have to be safer. But we haven’t been tested that much in that regard so far in the tournament. We didn’t prepare anything specific.

At one point we were working a lot on those forcebuy rounds, but now it’s all about either just suiciding or getting some deagles and some peeks and try to win the round, like Shox did against Liquid that locked our victory. And yeah we didn’t prepare anything special—it’s just trying not to force [buy] into oblivion. That’s pretty much what we’re trying to do.

How prepared are you to be playing Cloud9 for the second time this Major, keeping in mind that you’ve already won against them?

I had my game plan completely laid out and I knew how to counter them. It happened exactly the way it did. That’s why it was a fairly easy game in that sense, but yeah now it’s going to be a completely different game. They’re going to have the crowd, and they’re players that can get pretty hyped up and live with that kind of fire.

I heard them talking about their map pool being pretty good against us. I think we’re going to match them fairly easily in that regard, and we’re very confident in the maps we’re going to play against them. We know what maps they’re going to play. On their hand, I’m not sure that they know which maps exactly we’re gonna ban and pick, so that gives us a small edge pre-game. We just have to prepare well enough that we don’t fuck anything up and we don’t make any stupid mistakes that could cost the game.