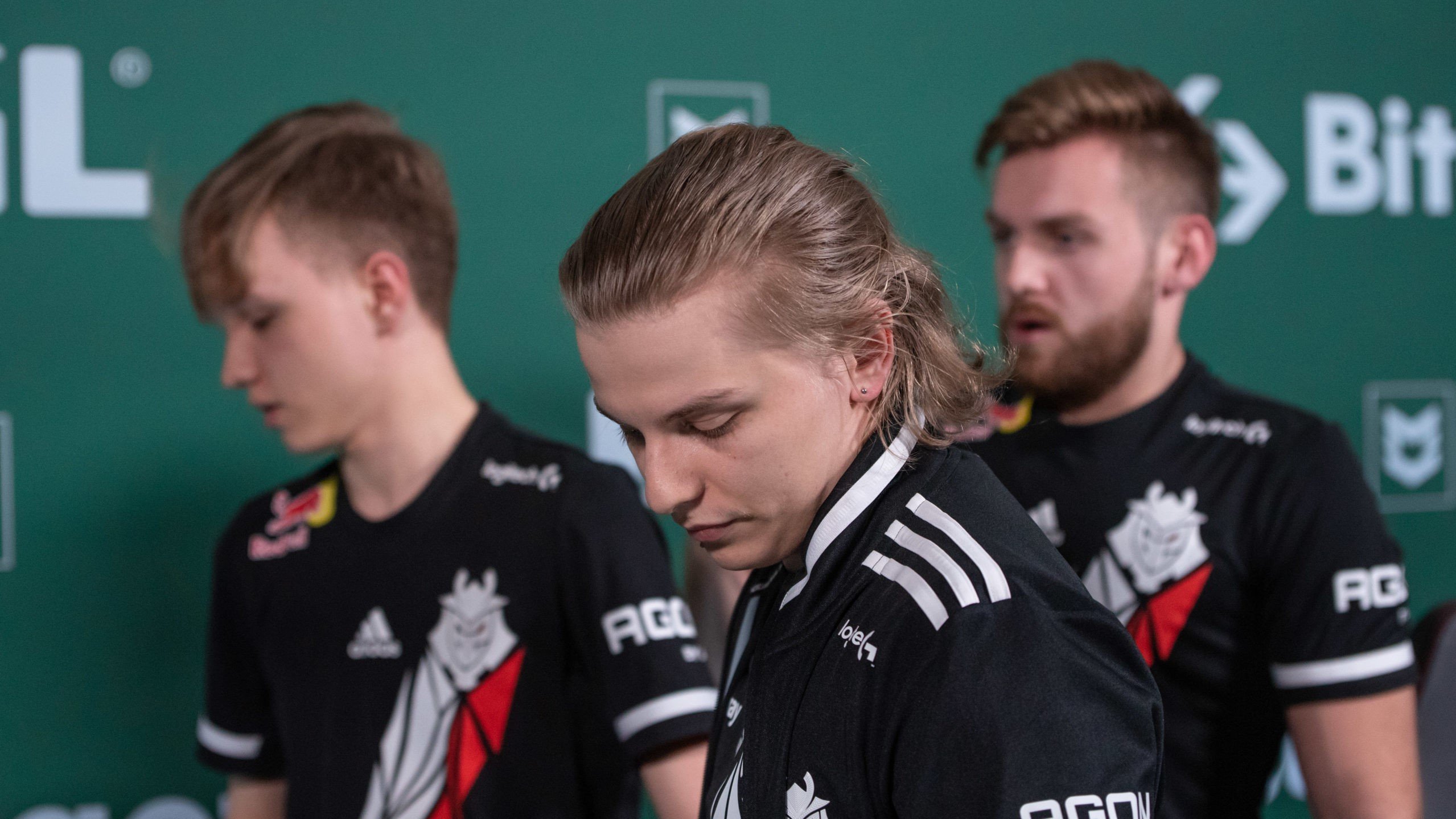 IEM Cologne 2022 has entered a short hiatus and while powerhouses such as FaZe Clan and Natus Vincere are setting up their strategies for the playoffs, G2 bombed out of the tournament, leaving plenty of question marks around the future of the roster.

The international squad led by Finnish in-game leader Aleksi “Aleksib” Virolainen lost to the heavy underdogs of Movistar Riders in the opening round of IEM Cologne main stage, eliminated ENCE in the following round, and were sent home by Ninjas in Pyjamas on Saturday, July 9.

These results could be the last straw for some of the players in the lineup as G2 had already missed the playoffs of PGL Antwerp Major in May, underperformed at IEM Dallas, and lost to Vitality in the semifinals of BLAST Premier Spring Finals in June.

IEM Cologne is the last big tournament ahead of the summer player break and the G2 CEO and founder Carlos Rodriguez is seemingly dissatisfied with the recent performances. “It feels like crap to have the CS:GO summer holiday start when we most suck,” Rodriguez said on Twitter today. “I have lots of thinking to do.”

Rodriguez has been spending a lot of money to try to make G2’s CS:GO project succeed in the past years, having most notably acquired the Bosnian star Nikola “NiKo” Kovač from FaZe Clan in late 2020 and signed the Natus Vincere academy prodigy Ilya “m0NESY” Osipov for 2022, in addition to swapping former captain Nemanja “nexa” Isaković for Aleksib with OG.

The additions of m0NESY and Aleksib have not been enough to make G2 a solid contender for the biggest CS:GO championships in the world. The roster kicked off the year with a great showing at IEM Katowice in February, where they reach the grand finals of the competition, but they failed to build up on that performance as they had a disaster run at ESL Pro League season 15.

This all could lead G2 to explore its options during the CS:GO summer player break and attempt to fix the team with roster changes. There are plenty of notable players open for offers such as Virtus Pro’s Mareks “YEKINDAR” Gaļinskis, Team Spirit’s Abdulkhalik “degster” Gasanov, and OG’s Valdemar “valde” Vangså.