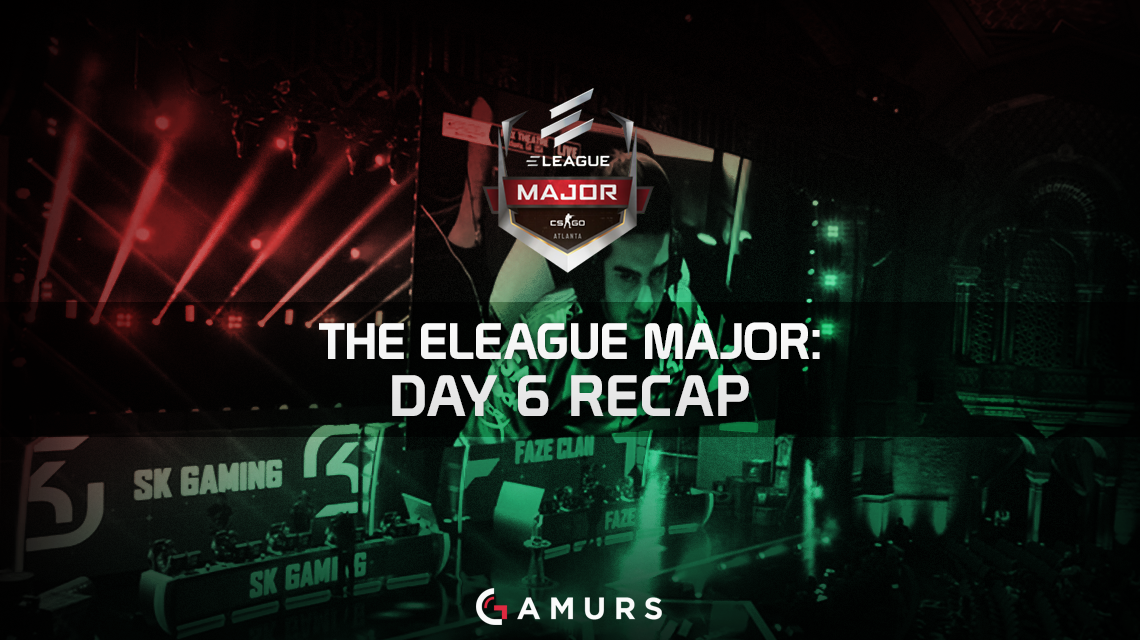 The sixth day of the ELEAGUE Major has drawn to a close, and with its culmination we now know the two teams that will feature in the prestigious Grand Final. We saw some great semifinals to determine our Grand Finalists. Without further ado, here are your scores for the second day of the playoffs from the ELEAGUE Major.

FaZe only looked talented on Mirage, as SK Gaming took the last two maps in dominant fashion. Those two maps saw FaZe claim only eight rounds in answer to SK’s 32.

The Brazilians in SK Gaming gave their all against the Pole veterans in Virtus.pro, but couldn’t quite close the game down in their favor. Whether this was due to them using a stand-in, we don’t know. What we do know, however, is that the Grand Final will see Astralis and Virtus.pro battle each other for the title of Major champions.

Did you see the Astralis vs Virtus.pro Grand Final coming? Let us know by commenting below or tweeting us @GAMURScom.