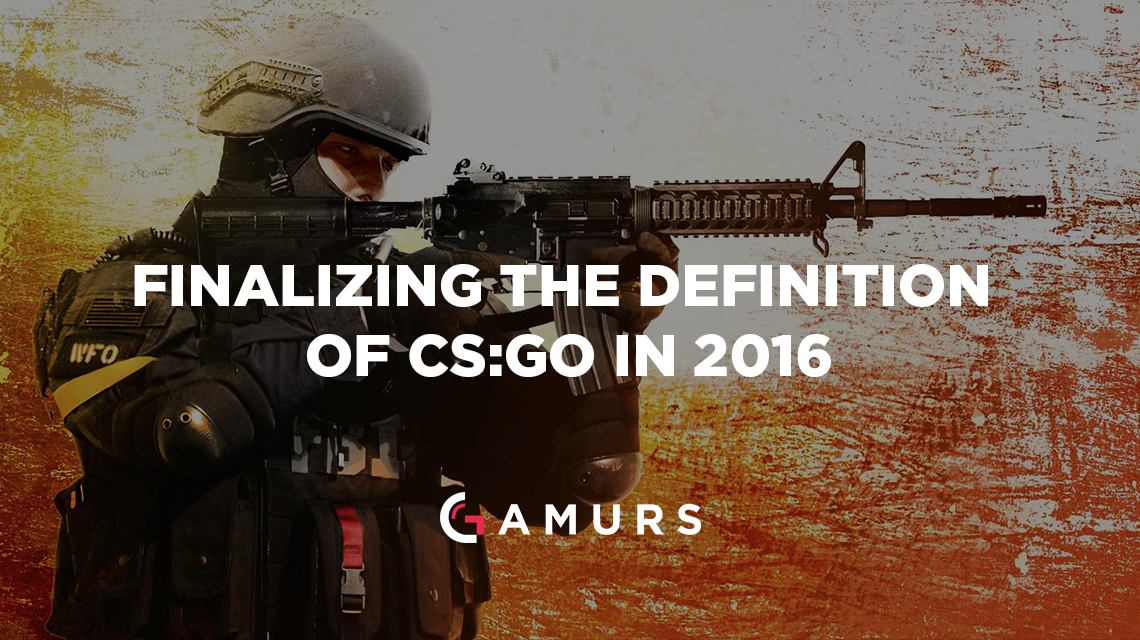 History lends itself to being moulded and defined by greatness. Individuals of awesome talent and sheer will can choose to correct the flow of this historical narrative, like a parent handling a misbehaving child. Teams that act far greater than the sum of their parts and choose to make the present the right time and the right place can have this effect too. As such, when people look back on the history of Counter-Strike: Global Offensive, they tend to divide it up into blocks and eras of teams or players that truly made that period of a time their own. Ninjas in Pyjamas, VeryGames, Fnatic, LDLC, Team SoloMid, Team EnVyUs, Luminosity Gaming, GeT_RiGhT, shox, f0rest, Olofmeister, flusha, device, KennyS, Coldzera, snax, and many more teams and players have defined their own eras. These are the names that the historical timeline has built permanent homes of grandeur for – their place in history cemented by the echoes of their accomplishments; 2012 – NiP, 2013 – NiP/VeryGames, 2014 – Fnatic/LDLC, 2015 – Fnatic/TSM/(debatably nV).

2016 however, has been an anomaly. A destabilised shudder in the never-ending glacial movement of time. While dynasties come and go, and gods fall, the CS:GO throne has rarely been vacant of a dominant king for so long. A clear meritocracy has taken the place of totalitarian control, and has led to the back half of the entire year being a period of traded first place finishes and a top ten ranking that drastically changes week-to-week. With this in mind, the traditional methods of defining a year have been almost marred beyond use.

Sure, the Brazilians’ back-to-back Major wins would make a strong case for 2016 to be defined by their rule, but this comes with a slew of asterisks. Like their MLG Columbus win being done with Guardian and olofmeister’s wrist injuries, only having one 250k+ win outside of the Majors that had G2 Esports push them to the absolute brink, a last place finish at Malmo, consistent losses to teams in series after ESL One Cologne, and the two impossibly close games to Team Liquid at the Major. They might have won the most prestigious tournaments, but their actual dominance throughout the year can easily be put into question.

This is by no means a bad thing though. The lack of a clear-cut, No. 1 team in the world at all points in time throughout the year has meant that 2016 has seen the closure of many loose narrative ends that would’ve otherwise remained unsolved. It can therefore be said that 2016 is not a year of a mono-domination; but rather, a year of narrative closure, punctuated by a period of inconsistency.

The most glaring example of this closure comes from Na`Vi’s win at ESL One New York. Na`Vi, the most powerful team from the CIS, had never won a 250k+ ‘Big LAN’ since the inception of their core with Edward and Guardian joining in late 2013. They, at times, boasted the best AWPer and most dominating single map riflers in the world, and the roster was bolstered even more so with the inclusion of young star flamie. Na’Vi’s unique, slow, tactical approach separated them from other teams for their entire existence and they came close on countless occasions to winning the elusive trophy.

Despite having the insane talent of Guardian on the AWP and their successful style, Na’Vi boasted a perennial second place curse that followed them throughout their 2015/16 journey. This pattern of silver medals denied them a chance at defining a legacy, but it incidentally made them the best team in the world for a brief period of time due to the team’s consistency. This period of primacy in power was followed by a slump in activity and results that ended with the hyped swap of s1mple for Zeus. S1mple then managed to help carry Na`Vi to victory at ESL One New York, winning over SK Gaming in a best-of-one and Virtus.pro in a best-of-three to claim their first 250k+ tournament win, and give closure to those that follow the Na`Vi story.

It seems that the notion of an underachieving region can never be more intrinsically linked with any region other than North America. They boast the most vocal Western voices, some of the largest salaries, a vibrant international LAN scene, and a fan base to boot, yet their success as an overall region can be called sporadic at best. Occasionally, the destructive hurricane of team politics had its calm eye pass over the region for a short time, as rosters illuminated the actual potential of the region. These teams failed to ever actually win an international LAN, though, with the closest attempt being iBUYPOWER’s win over Titan at the Grand Finals of the ESEA Global Finals 15 in 2014. Essentially, there was a drought of international LAN wins for over a decade in a region ripe with potential and the means to end it.

The conclusion to this narrative thread would be in the hands of Cloud9, with the young pairing of Autimatic and Stewie2k leading from the front. After overcoming SK Gaming in the grand finals of Season 4 ESL Pro League Finals, Coud9 gave closure to a never-ending North American eSports trope.

NiP is one of the most storied and pedigreed organizations in all of Counter-Strike. The four-man core of this team has taken the name of their organization to every conceivable height within the CS:GO space, and created an indisputable and indomitable legacy that will likely never be challenged. However, the weight of their name was the only thing the team was able to boast as they experienced their first extended slump as an organization in mid to late 2015. However, as NiP stayed out of the top five teams in the world tournament after tournament, two roster moves were made. The moves saw the inclusion of young talent pyth, and more importantly 1.6 legend THREAT as the coach.

With THREAT redefining NiP’s playstyle, and even making a valiant stand-in performance at MLG Columbus, the Swedes managed to take home gold on home soil at Dreamhack Malmo. The Malmo win, with their new strategic identity and movement away from their traditionally raw-skill focussed style, was the first time since ESL One: Cologne 2014 that NiP had boasted a win. Over the course of 2016, NiP went on to win the StarLadder StarSeries Season 2 Finals and IEM Oakland, marking a return to greatness for the organization and closing down the narrative of NiP’s slump.

Similar, but tangentially opposite to NiP, is the dying gasp of CS:GO’s most dominant and famous dynasty. While GeT_RiGhT and company boasted a transcendent dominance when CS:GO was a fraction of its present self, Fnatic controlled the scene when talent, infrastructure and most importantly a vibrant tournament circuit was reaching its height. The Fnatic name carried with it fear and a sith-like grip on the top end of the scene. Even after their slump that saw pronax leave and dennis take his place, Fnatic won six tournaments in a row. An unheard of accomplishment for a team that most people thought had seen its best days.

This run of form started with the KrimZ/Olof introduction in late 2014 and began to slow down around the time of Olofmeister’s hand injury before MLG Columbus in early 2016. Everything ended with the Swedish Shuffle of August 2016. This incredibly hyped move that saw the core of Fnatic break up and move to GODSENT and vice versa, with KrimZ eventually moving back to Fnatic, was a hot-button topic of speculation. At worst, people thought that one team might be at the bottom of the top ten, with the other lurking outside of the rankings in the shadows. What actually happened was worse than anyone predicted. The move bottomed out both teams, with neither being in the conversation for a top fifteen ranking, let alone a top ten. With their current standings seeming more permanent than not, it is safe to put a close on the Swedish Dynasty.

These major headlines, plus more others like VP’s return to form at ELEAGUE and the events afterwards, Dignitas surpassing Astralis in the rankings for a moment in time, the fall of the Brazilian Era, and the true rise of s1mple, all add further weight to the idea that 2016 was not about the dominance of a singular team, but rather the closure of many narrative threads through the inconsistency created by a vacant throne.

What defined CS:GO in 2016 for you? Let us know in the comments below or tweet us @GAMURScom.