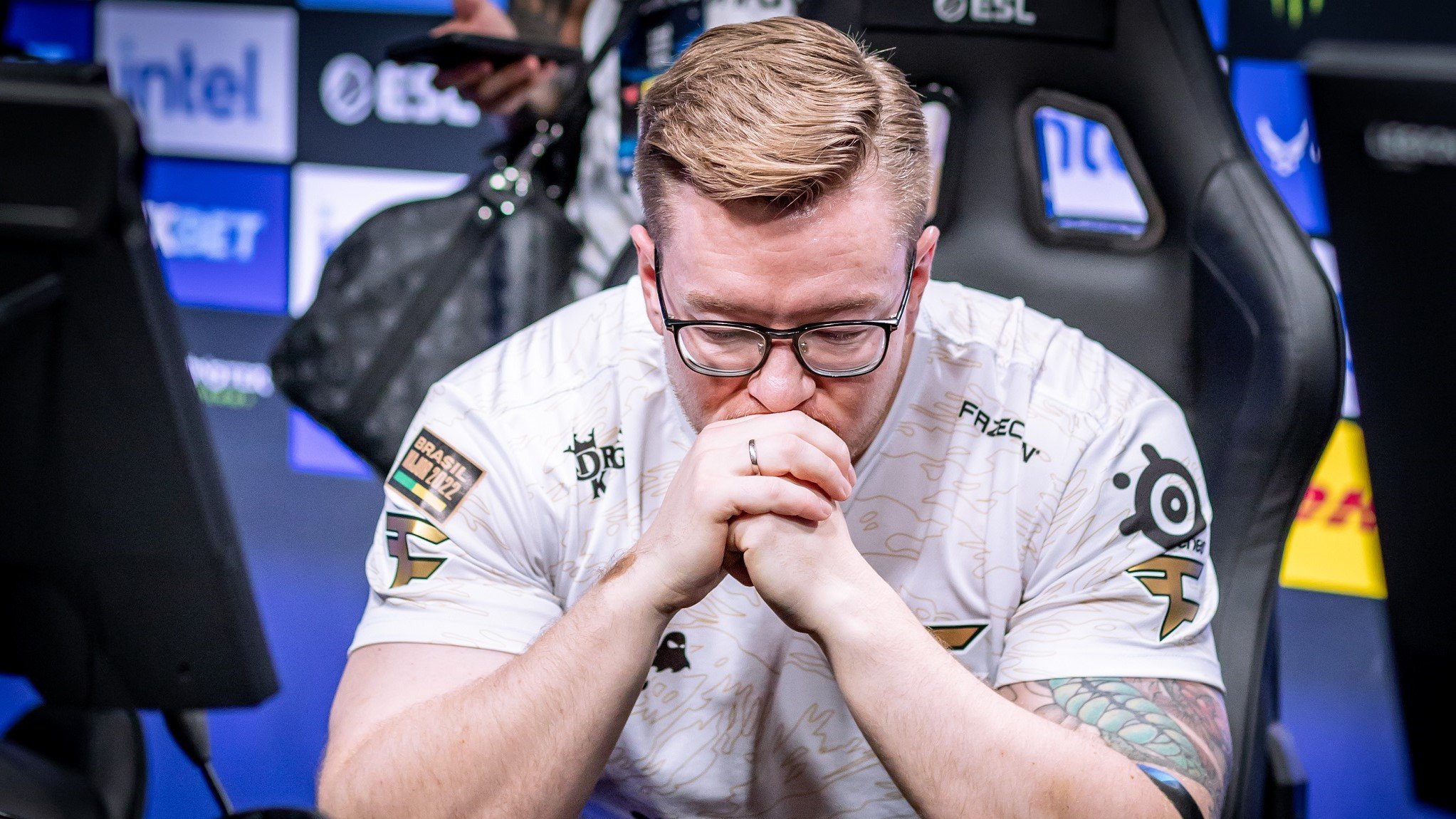 FaZe Clan’s monumental failure at IEM Rio Major is one for the history books. Never in the history of recent Majors, which use a Swiss system for the Challengers and Legends stages, did the reigning champions get sent packing with a 0-3 record.

FaZe arrived at the Brazilian Major with only one goal in their mind: to become back-to-back Major champions in 2022 and secure Intel Grand Slam’s whooping $1 million prize. But their dream quickly turned into a nightmare following two losses on the first day of Legends Stage on Saturday, Nov. 5 to Cloud9 and Vitality.

Finn “karrigan” Andersen’s troops had the chance to at least secure a win against heavy underdog Bad News Eagles and remain alive to fight another day, however, the Kosovar team denied FaZe’s five map points on decider Mirage and eliminated the most-starred lineup in CS:GO in double overtime.

Related: Karrigan takes the blame for FaZe’s early elimination from IEM Rio Major at the hands of Bad News Eagles

This is only the second time in CS:GO history that the reigning Major champions were knocked out of the next Major winless. The last time it happened previous to FaZe was at MLG Major Columbus in 2016, when Envy were sent home after a 0-2 loss in the GSL group stage.

It’s unclear if such a bad result like the one at IEM Rio Major will lead to FaZe exploring the market for roster changes, or if karrigan will be able to fix the team with the pieces he already has. Other than winning PGL Antwerp Major in May, FaZe also won IEM Katowice in February, ESL Pro League season 15 in April, and IEM Cologne in July.