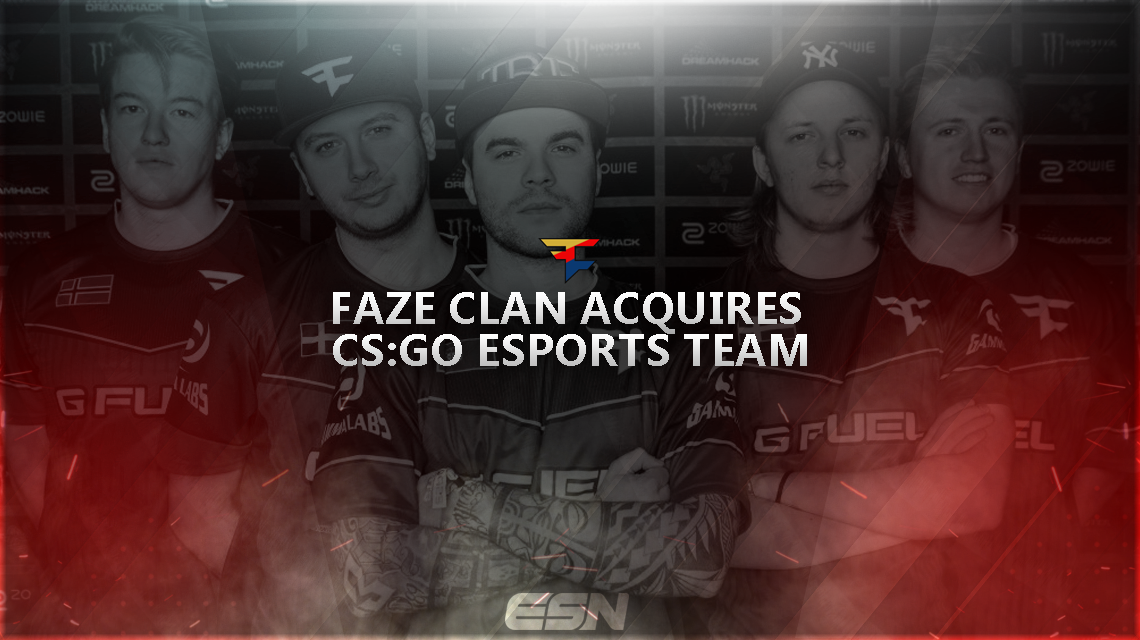 With Counter-Strike: Global Offensive growing in popularity across the globe, more and more eSports organizations are looking to join the scene sooner rather than later. This trend continued when FaZe Clan, one of the most well-known Call of Duty organizations, announced that they will be joining the CS:GO community after acquiring the European Counter-Strike team formerly known as G2 eSports.

The rumor mill has been turning for a while now with fans speculating that FaZe would pick up a CS:GO team in the near future, but the rumors started to intensify once G2 eSports owner Carlos “Ocelote” Rodriguez teased to the team’s fans that his organization would be making an announcement.  Yesterday, earlier in the day, Ocelote revealed that they had sold the team to FaZe for an undisclosed free.

The new team has a busy month ahead of them, as they will be competing at the Major League Gaming’s North American major, which will be held on March 29 – April 3.

The FaZe CS:GO roster consists of the following players:

Playing in the DreamHack Leipzig open event this weekend, FaZe got off to a hot start, winning their first match in group play against Luminosity Gaming 16-9. However, FaZe then lost to Na’Vi 16-9, which means that they will play a rematch against Luminosity for a chance to advance out of the group stage.

Although they have just joined the FaZe brand, FaZe fans everywhere are hoping that this new CS:GO roster can deliver the same level of success as their Call of Duty team.

What do you think about FaZe’s new CS:GO roster? Let us know by commenting below or tweeting us @eSportsNation.