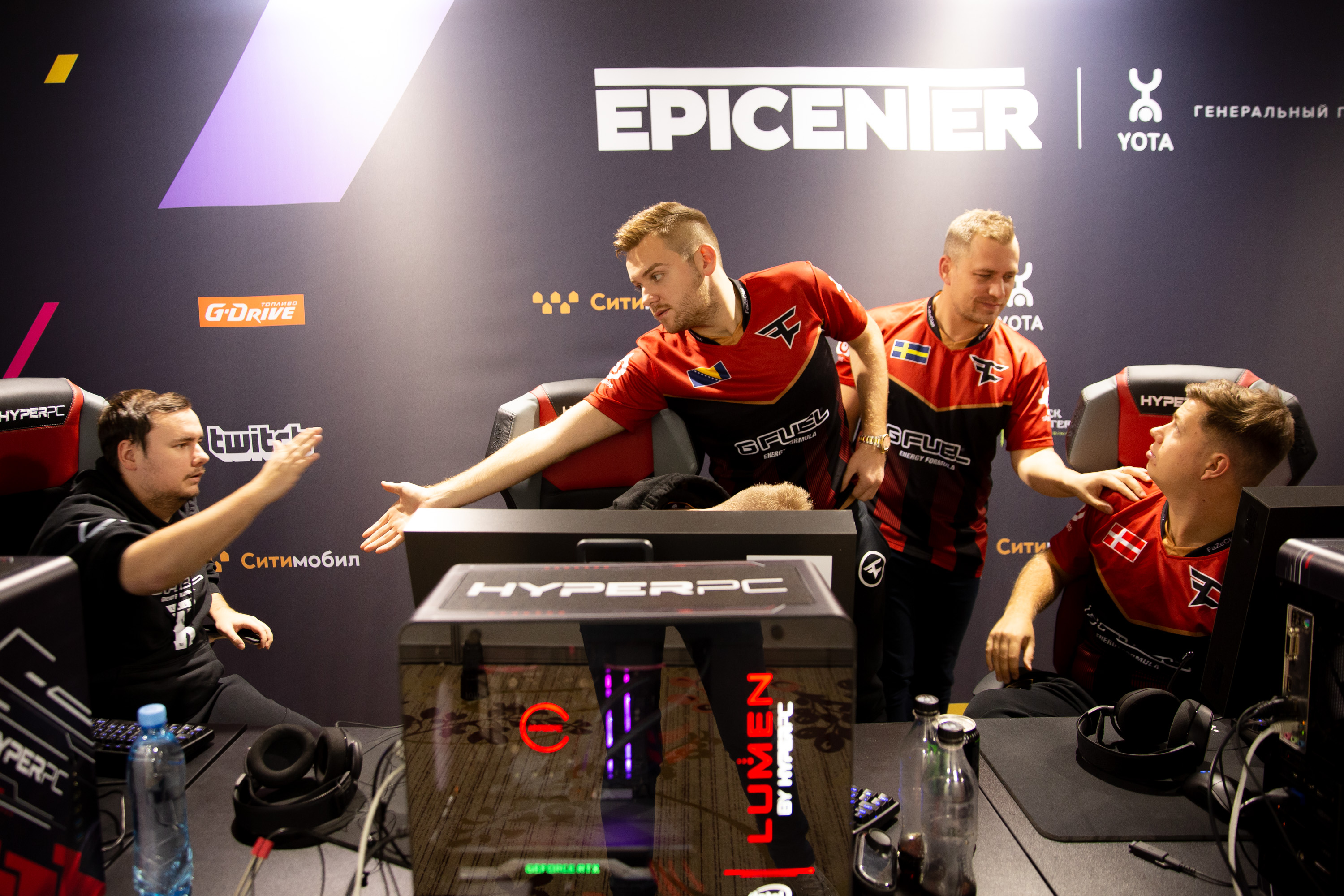 FaZe Clan and Natus Vincere are the first two teams to pick up wins at this year’s EPICENTER event in Moscow.

Group A action commenced today at EPICENTER’s $295,000 tournament, pinning FaZe against ENCE and Na’Vi vs. HellRaisers. Both matches went to three maps, and afterwards ENCE and HR ended up down in the group elimination match, which HR won in three maps thanks to top-notch performances from Ozgur “woxic” Eker and Issa “ISSAA” Murad.

FaZe kicked off the action in Moscow with two dominant 16-8 scorelines vs. the Finnish powerhouse on Train and Mirage. Nikola “NiKo” Kovac and co. struggled on map two Inferno because of a rough CT side, but in the end they overcame ENCE comfortably on Mirage. NiKo topped the server at a modest 20 frags per map.

Oleksandr “s1mple” Kostyliev unsursprisingly led Na’Vi to victory against HR, but woxic also proved to be a problem as well in the AWP matchup. S1mple dropped 29 in Na’Vi’s map one Train win, and woxic answered back with 26 kills during HR’s map two Overpass win. In the end, Na’Vi destroyed HR in the decider, Dust II, to close out the series in their favor.

Tomorrow’s games at EPICENTER will feature Group B action consisting of Ninjas in Pyjamas vs. AVANGAR, Team Liquid vs. SWOLE PATROL, and an elimination match—all of which are best-of-threes. NiP vs. AVANGAR will kick off the action at 4am CT.