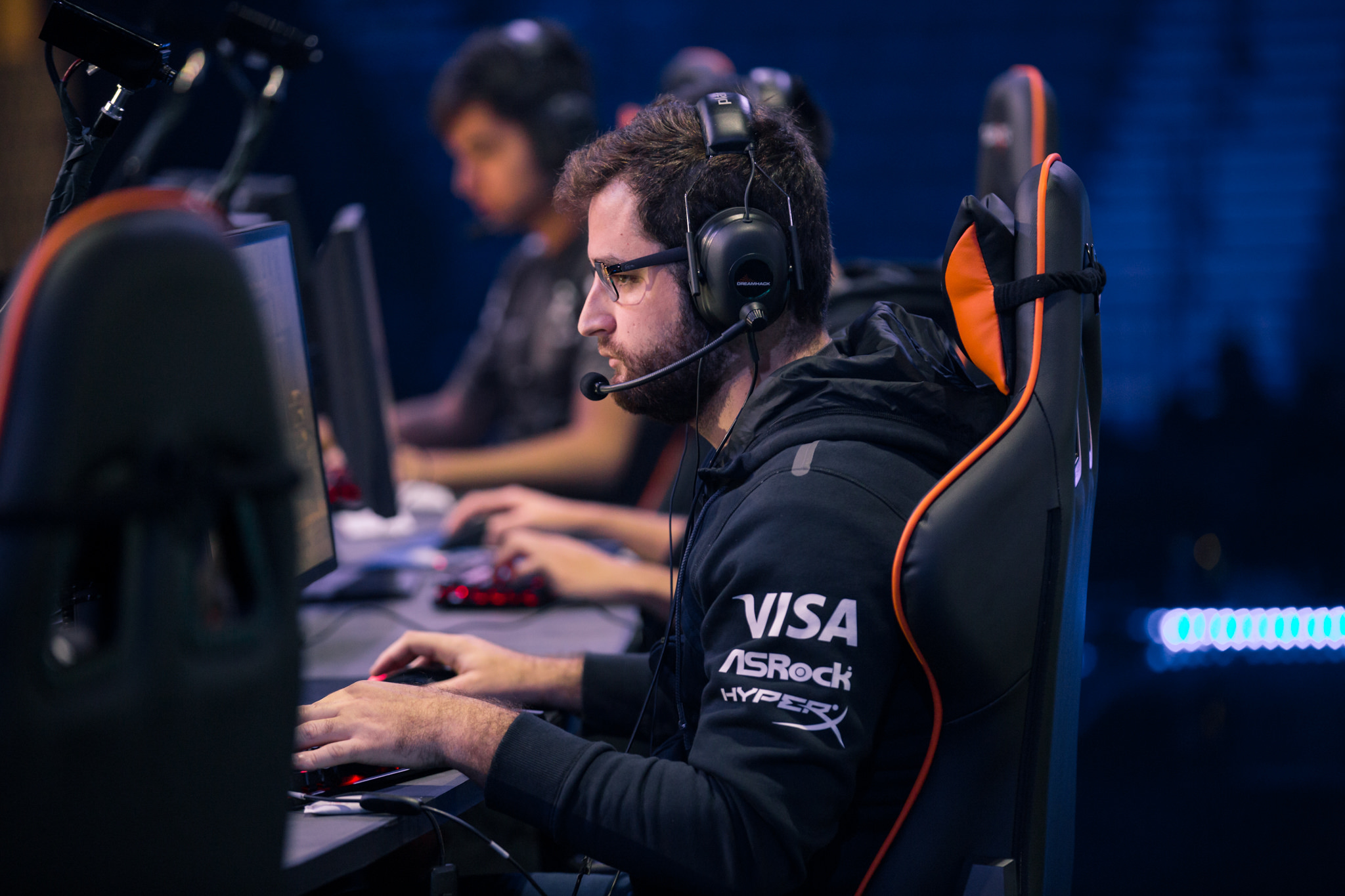 SK Gaming shocked many with their dominating performance over FaZe Clan in the grand final of IEM Sydney, playing some of the best non-Danish Counter-Strike we’ve seen all year. The grand final posed a potentially gruelling obstacle, with the best-of-five format favouring the team not only with a strong map pool, but also mental resilience.

SK won out on both those fronts in front of the Australian crowd.

The series saw two nail-biting maps in Train and Inferno, with the superstars of Counter-Strike colliding in epic fashion. Although the two carries of FaZe—Rain and Niko—both played crucial roles in preventing total SK domination, it was key impact frags from Marcelo "coldzera" David, Gabriel "FalleN" Toledo, and João "felps" Vasconcellos that won out in the end. Coldzera lived up to his star billing, putting in what many consider an MVP performance in the final.

Following their win, Dot Esports spoke to FalleN about how they approached FaZe, the roster change, and the Brazilian way of playing Counter-Strike.

In this veto against FaZe, because it was a best of five we saw both teams obviously ban out their weak maps. Because you knew you would have to play FaZe on one of their stronger maps like Train or Cache, does that influence the way you call at all, knowing that you’ll be on a team’s stronger map?

Yeah, so I mean, I think for FaZe their best maps, in my opinion, are Inferno, Train and I think they have a good Nuke—which we don’t play, and I think they have a good Mirage as well. So we’re very confident to play Cache, we’re very confident to play Overpass and of course, we did some research on the maps we thought they would be hard on, to get a better perspective on what they could do and how they wanted to approach the game. But it’s very difficult [as a leader], sometimes, you’ll see them play against other teams and sometimes they’ll just have something prepared specifically for you as well. For FaZe, it’s about having an idea of what they want to do, but not needing to predict everything that will happen in a match.

You’ve had StarLadder, cs_summit, now IEM Sydney, then another four potential international LANs if you qualify through ECS. Then the Major after that. It’s one of the most packed schedules out of any of the top teams. Is this a conscious choice being made by the team? Are you worried about travel burnout at all?

No, I think it is fine. Sometimes the online leagues are a little bit annoying because you have to play a lot of maps but I think that the way it is, it is awesome to have a lot of tournaments to play. We are very excited for the next ones and being able to travel and visit other countries is an amazing opportunity in our lives, so we are just very proud, very excited, and we are just going to practice more for the next tournaments.

That approach is pretty different to a team like Virtus Pro who often take big breaks between big LANs. Do you think it’s a better approach to play as much as possible as opposed to taking large chunks of time off?

It’s obviously very hard to talk for the others, every team is different from the other, but for us, we want to be competing. Right now, every tournament is an opportunity to improve because tournaments are what matters. Even if you practice against teams in America, practice against teams in Europe, these are different. So you have to play official matches, in LAN games in order to get better. So tournament play is very important to us.

When you wanted to make the roster change of fnx for felps, did you always have in mind that you were going to have to change your team's playstyle or did the change only come after you had worked with felps for a bit?

We knew that bringing in felps would be bad for us in the perspective that he wasn’t the player we needed for [fnx’s] role. But we knew he had potential to be one of the best players because he is just so good. So, bringing felps was sort of a risky move in the beginning. It paid off in Vegas, but didn’t pay off in the next two tournaments. And then we said "this is not how we are going to pursue it. So felps, from now on that’s how you’re going to need to play, that’s how you’re going to adapt yourself" and he’s understanding it perfectly. He’s working very hard to become a new player. He’s playing like someone who is playing different than he ever has on other teams, so he has had to adapt to be a better player for us, and I think he’s doing it amazingly.

Was felps always the primary choice for you when you were looking at a replacement for fnx?

If we had to pick by roles, we would pick LUCAS1 from Immortals, we would try to take him at least. So I think LUCAS1 was the one who was on our mind as well, but felps was our main choice.

Luminosity, an up and coming Brazilian team, recently played at Dreamhack Austin. They’re looking better now with the addition of Shoowtime, and can pose a threat at some of the lower levels of NA competition. What’re your thoughts on that roster and their potential?

I think they are a good team and they still have a lot of room to improve, but I think that they work hard and they still need more tournaments to play. I think they need to compete more. So it’s very tough when you are a newcomer and you’re a team that’s trying to get to the big tournaments because sometimes the invites are just not there and they can’t compete in every single tournament. So for them, I think it’s working hard internally and using every single opportunity they have to the best of their ability.

Do you think the scene is at a point where we could see a split between South and North American qualifiers for LANs?

I can’t really judge, it’s really up to the organisers. Every tournament is different from the other right? So it’s very hard to say "it should be like this, should be like that", but I think that qualifiers are a very important aspect of Counter-Strike and the system because when you have qualifiers, better teams than you can actually get a chance to appear. So if you have a invite system, you have a small group of players playing with a small group of others. So I think the qualifier system is really important.