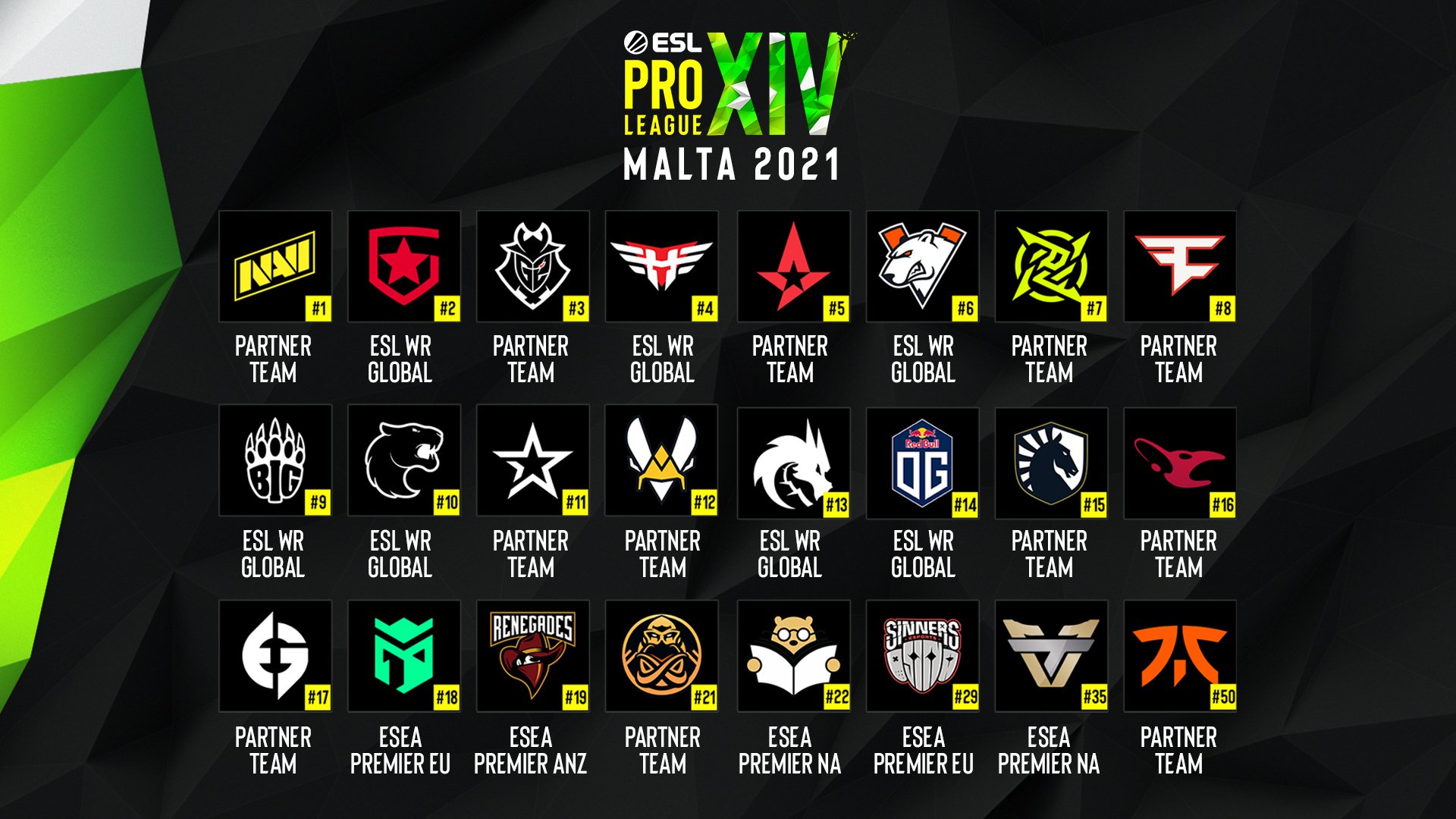 The team list for ESL Pro League season 14 has been finalized with the addition of seven CS:GO squads that received invites due to their place in ESL’s world rankings, the tournament organizer announced today.

Gambit, who emerged as one of the best teams in the world in 2021, were the first squad to receive an invite for the 14th edition of the $750,000 CS:GO league. The Russian powerhouse was followed by Heroic (the ESL Pro League season 13 winner), Virtus Pro, BIG, FURIA, Team Spirit, and OG. The last two squads are the only non-partnered teams out of ESL’s top 10 to receive an invite to the league.

These seven squads will join Natus Vincere, G2, Astralis, Ninjas in Pyjamas, FaZe Clan, Complexity, Vitality, Team Liquid, mousesports, Evil Geniuses, Entropiq, Renegades, ENCE, Bad News Bears, Sinners, Team oNe, and Fnatic in ESL Pro League season 14. The premier tournament was originally scheduled to be played on LAN in Malta but will have to be played online instead because ESL is concerned with the “drastic rise” of the Delta variant of COVID-19 across Europe, which could affect the safety of players and staff.

ESL Pro League season 14 is set to kick off on Aug. 16, one day after the summer player break ends. The tournament will conclude on Sept. 12. In the last edition, Heroic beat Gambit in the grand finals, while FURIA and NiP were stopped in the semifinals.